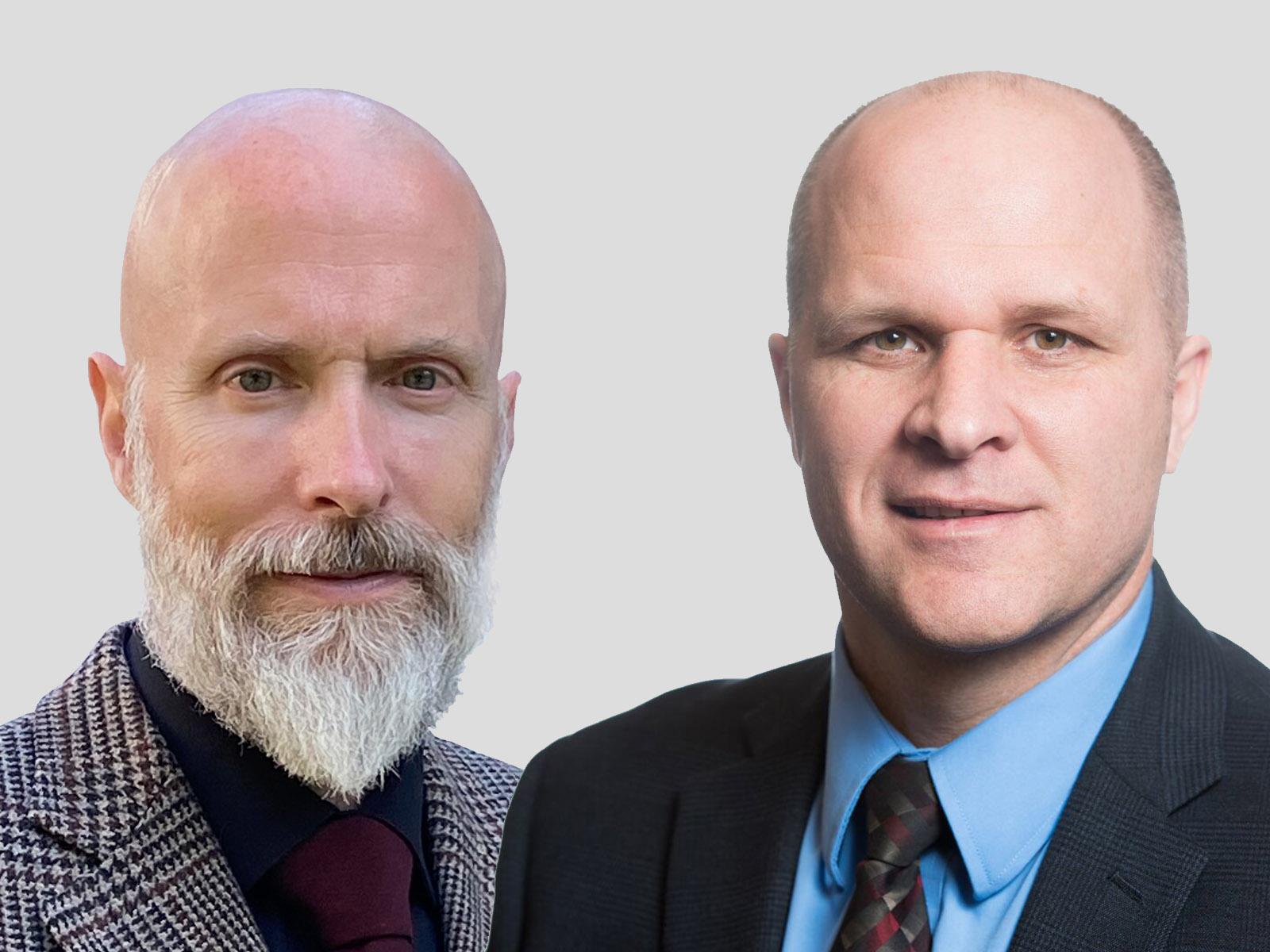 In 1980, the book Groundwater was published, marking a turning point in the way hydrogeology was taught in classrooms and understood in the field. Still to this day, it is heralded as a classic among hydrogeologists around the globe; integrating chemistry, physics, geology, and calculus for a more comprehensive understanding of groundwater hydrology.

Now, an update to the classic text has been published as a digital book series by the Groundwater Project from the University of Guelph in Canada. The series includes a book co-authored by Pacific Northwest National Laboratory (PNNL) scientists Fred Day-Lewis and Tim Johnson titled, Electrical Imaging for Hydrogeology.

For geophysicists like Day-Lewis and Johnson, discovering what is happening beneath the surface of the Earth is a bit like uncovering a Sherlock Holmes murder mystery. That’s because the Earth’s subsurface remains largely inaccessible to researchers, described by Day-Lewis as an “often forgotten and overlooked final frontier.” What insights can be gleaned are usually obtained by physically drilling a well into the ground. Unfortunately, the subsurface is quite heterogenous—meaning what’s happening in one location might not reflect conditions even just five feet away. As you might guess, it’s simply not practical to drill that many wells.

This gap in our ability to see what’s happening beneath our feet is one that Electrical Imaging for Hydrogeology addresses by presenting an alternative method to see into the previously opaque subsurface.

The technology, known as electrical resistivity imaging, capitalizes on harnessing electricity to achieve something akin to Superman’s X-ray vision (albeit not with 20/20 focus). By injecting currents into the ground and measuring how easily or difficult the energy moves through the ground, researchers are provided with rich data that depends on the salinity, saturation, and porosity of soil, along with other important characteristics, such as rock types, grain size, temperature, and more.

This book boasts wide-ranging applications for those who wish to understand everything from chemical reactions to the movement of contamination in water aquifers, to infrastructure leaks, groundwater accessibility, and more. The main beneficiary and audience for this book will be college students and practitioners.

“Some people would say that hydrogeophysics was only invented about 20-25 years ago,” Day-Lewis described, “so to see an entire book dedicated to resistivity imaging for groundwater applications is really exciting. It shows how far the field of geophysics has come. Just like medical imaging led to a paradigm shift in medical research, electrical resistivity is doing the same for geoscience.”

Bringing their complementary expertise to bear, Day-Lewis and Johnson worked with co-authors Kamini Singha, who is a professor at the Department of Geology and Geoengineering at the Colorado School of Mines in Golden, CO, and Lee Slater, a professor of geophysics at the Department of Earth and Environmental Sciences at Rutgers University, to pull together a comprehensive textbook offering readers unprecedented access into subsurface parameters and processes.

“One of my favorite parts of writing this book was getting to hear my co-authors’ perspectives, because they weren’t always the same as mine,” Johnson explained. “It forced us to look at problems in hydrogeophysics in new and interesting ways. Seeing this as the next installment of the original Groundwater text feels very rewarding, especially considering it will be so widely accessible to people.”

Johnson has spent the bulk of his career focused on understanding the computational algorithms that convert measurements into an image, using high-performance computing to provide unparalleled insights into the subsurface world. He is an international expert in monitoring engineered processes, such as groundwater remediation, and he pioneered the development of E4D-RT, a real-time, four-dimensional subsurface imaging software.

Day-Lewis is a world expert in subsurface characterization, groundwater remediation monitoring, groundwater/surface water exchange, geophysical inverse problems, and thermal methods. Much of his work has focused on integrating geophysics and hydrogeology, using geophysical imaging to tackle core challenges in hydrology, environmental engineering, and other disciplines.

The Groundwater Project is a non-profit organization dedicated to advancing groundwater educational material for all, led by John Cherry, recipient of the 2020 Stockholm Water Prize and managed by an 11-member international steering committee. Electrical Imaging for Hydrogeology was published on January 18, 2022.