Comprehensive exercise focused on plan to get resources to western Washington following a 9.0 earthquake and tsunami 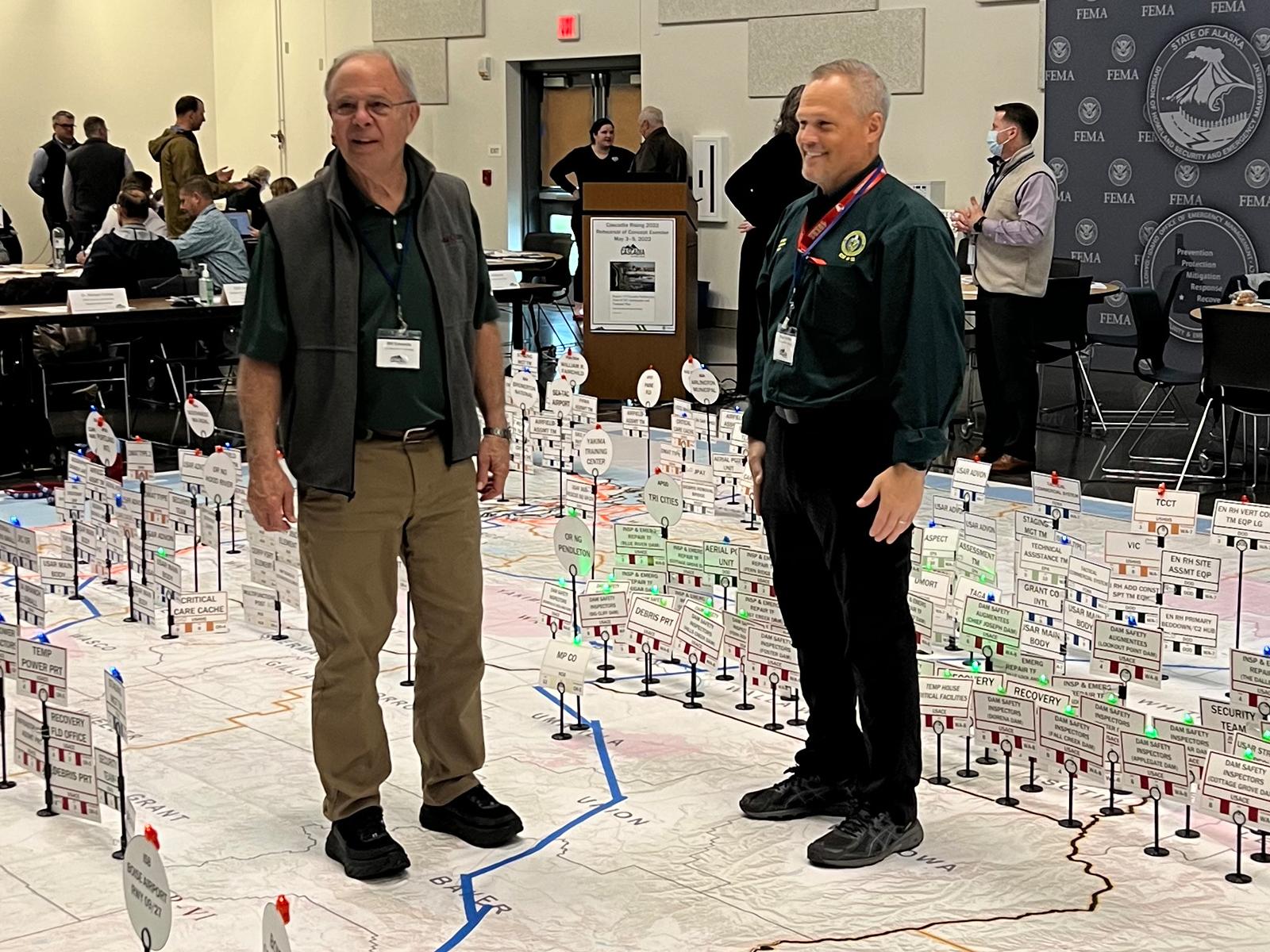 The Cascadia Subduction Zone is a 600-mile fault that runs from northern California up to British Columbia and is about 70 – 100 miles off the Pacific coast shoreline.

“Scientists figure that every 500 or so years there’s an earthquake resulting from the subduction zone,” said Haffner. “And we’re well overdue for it. The earthquake will also cause a massive tsunami off the coast and these will be catastrophic to the resources in the area.”

Participants in the event included tribal partners, FEMA, U.S. Department of Defense, American Red Cross, and Emergency Management British Columbia, and emergency management representatives from the states of Alaska, Idaho, Oregon, and Washington. They all had the same goal—finding gaps in the current plan.

“No matter how good our planning is in our heads and on paper, until you actually exercise the plan, there are things you can’t see,” said Haffner. “This type of exercise helps us find those gaps and also confirms the things we have right.”

For the exercise, the partners walked through the plan using a massive 35’x26’ map which displayed the impacted areas and allowed each representative to demonstrate resource allocation, staging, and movement in response to the event.

The exercise also helped the representatives coordinate directly with the local and regional partners to build relationships and help establish a culture of preparedness across the region.

“That's another piece that's critical about response efforts is relationships,” said Haffner. “If you don't have relationships, people won’t know who you are or know that they can trust you. This event allowed me to meet my counterparts in the different agencies, build new relationships, and strengthen existing ones.”

A Culture of Preparedness

During the exercise, each represented organization presented to the group on where they would be located, what their role would be, and which resources they would support.

“The first mission is lifesaving. After that, we worry about recovery. We want to make sure we do everything we can to accommodate the needs of those affected,” said Haffner.

For Haffner and those on the energy sector, the focus is on working to establish power as quickly as possible. Part of that is working with the U.S. Army Corp of Engineers.

“They’re the part of the team working to bring temporary power generation,” said Haffner. “We’ll coordinate with them on where to activate and when. There is so much coordination that goes into response efforts.”

Each of these organizations has to work together and make sure that they keep the most important thing in mind—serving the people.

“What I have found in this first responder community is that it is a lot of people with big hearts,” said Haffner. “They are on call and when something happens, they're gone from their families for extended times and it's all to help their community, help their state, and help their neighbors. We’re all working to figure out stuff that we hope never comes to pass. But if it does, we're as prepared as we possibly can be.”