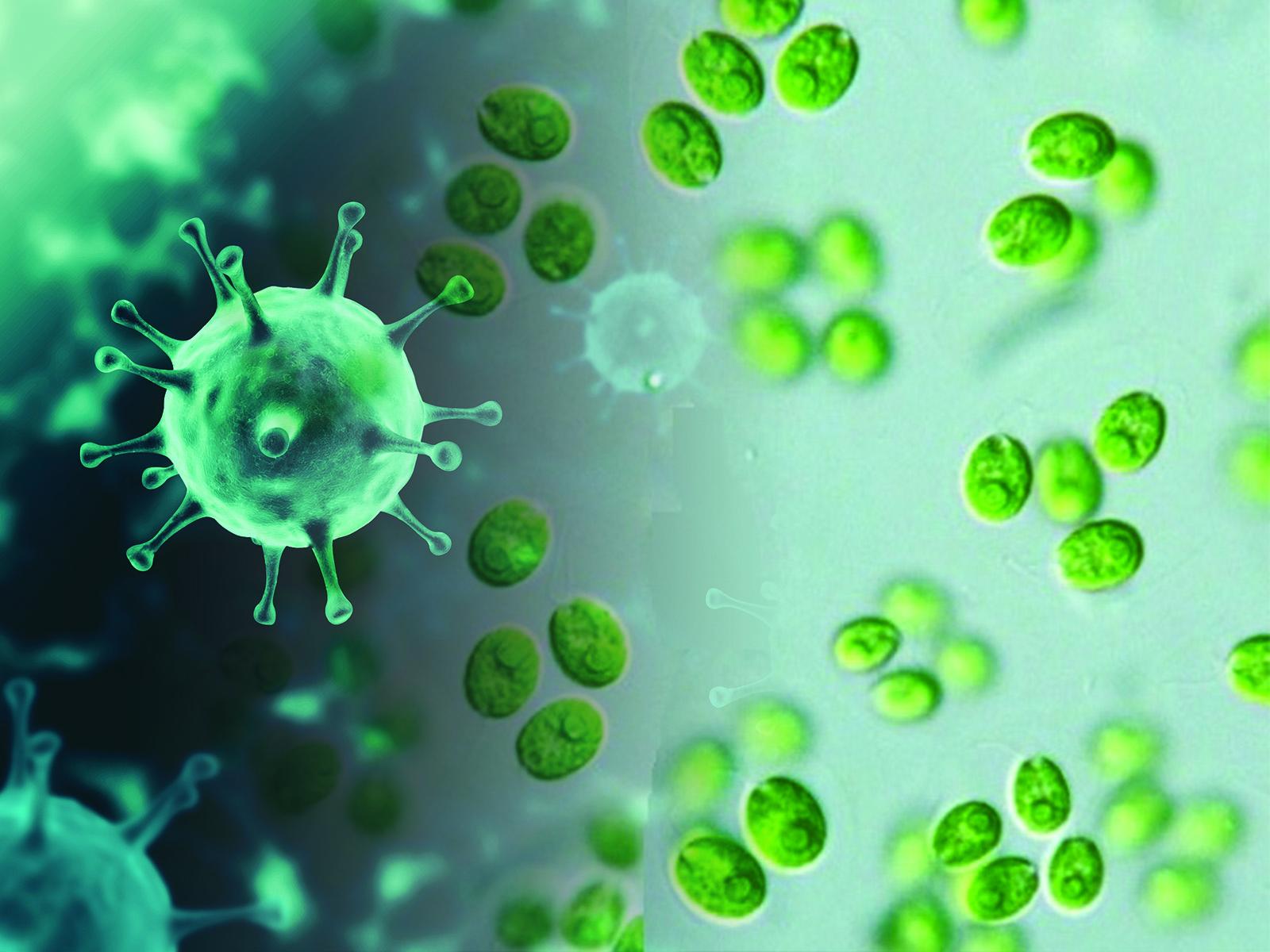 Algae: an unconventional but promising way to fight viruses.

When the coronavirus pandemic thrust the world into turmoil last year, a group of bioenergy researchers at Pacific Northwest National Laboratory (PNNL) saw an unconventional way to fight the pandemic: algae.

Ranging anywhere from the size of single cells forming a green film on a pond to seaweed the length of a redwood, algae are a diverse group of photosynthetic organisms. Over the millennia, they have evolved an arsenal of compounds to protect them against a vast array of environmental stressors. And many of them live in the ocean, where just a few drops of water can contain up to 10 million viruses.

“The unrealized advantage of algae is their sheer biological diversity,” said Michael Huesemann, a senior bioenergy researcher and principal investigator for the DISCOVR project, a U.S. Department of Energy national laboratory consortium to advance algal biofuels development. “When people started searching in earnest for therapeutics to combat the pandemic, we realized there was an opportunity to understand more about algae’s overall antiviral properties.”

What followed was a deep dive into the literature linking algae and antivirals as far back as 1956. To make sense of the data, PNNL Science Undergraduate Laboratory Internships intern Daman Reynolds sorted the studies along the timeline a virus follows when it causes an infection. As he did, it became apparent that compounds in algae demonstrate exceptional—and as yet fully untapped—potential to combat viral diseases.

“The vast majority of algae compounds are in the early stages of research,” said Reynolds. “A few compounds are in various degrees of clinical trials, and there are some marketed in Europe as nasal sprays to protect the respiratory system from the common cold. There were a few that were only cited once, so the exciting thing is there could be thousands more compounds that could fight viruses we don’t even know about yet.”

Prevention along the pathway

Coronavirus enters via the mouth or nose into the respiratory system, but other viruses spread through skin-to-skin or intravenous contact. Reynolds’s literature review found a host of algae-derived compounds that can serve as guardians at the gates of potential viral infection routes. Certain compounds have been shown to provide a sort of protective coating to keep the virus from entering the body.

But if, by chance, a virus does enter a host, algae-derived compounds have been shown in the laboratory to inactivate or degrade viruses.

Several preliminary laboratory studies have also shown algal products prevent viruses from adhering to cell receptors to make it harder for a virus to enter or infect a host cell.

Some laboratory research also showed that compounds from algae made it more difficult for the virus to hack the cell’s internal machinery and begin replicating. In addition, compounds in algae have also been shown to act as barriers that trap replicated viruses, so they aren’t released into the body to spread further. And algae-derived compounds can augment the body’s natural immune response to viral infection—both before and after exposure.

“We’ve proved it is technically feasible to make advanced fuels from algae grown on sunshine and CO2 from the atmosphere,” he said. “Making the process work economically is the next step.”

A therapeutic compound that could be extracted before the algae is processed for biofuel would be a step in that direction.

Funding for the research came in part from the U.S. Department of Energy, Office of Science, Office of Workforce Development for Teachers and Scientists under the Science Undergraduate Laboratory Internships program and is just one part of the science PNNL is developing to fight the coronavirus pandemic. The paper was made available in the July 2021 issue of Algal Research.