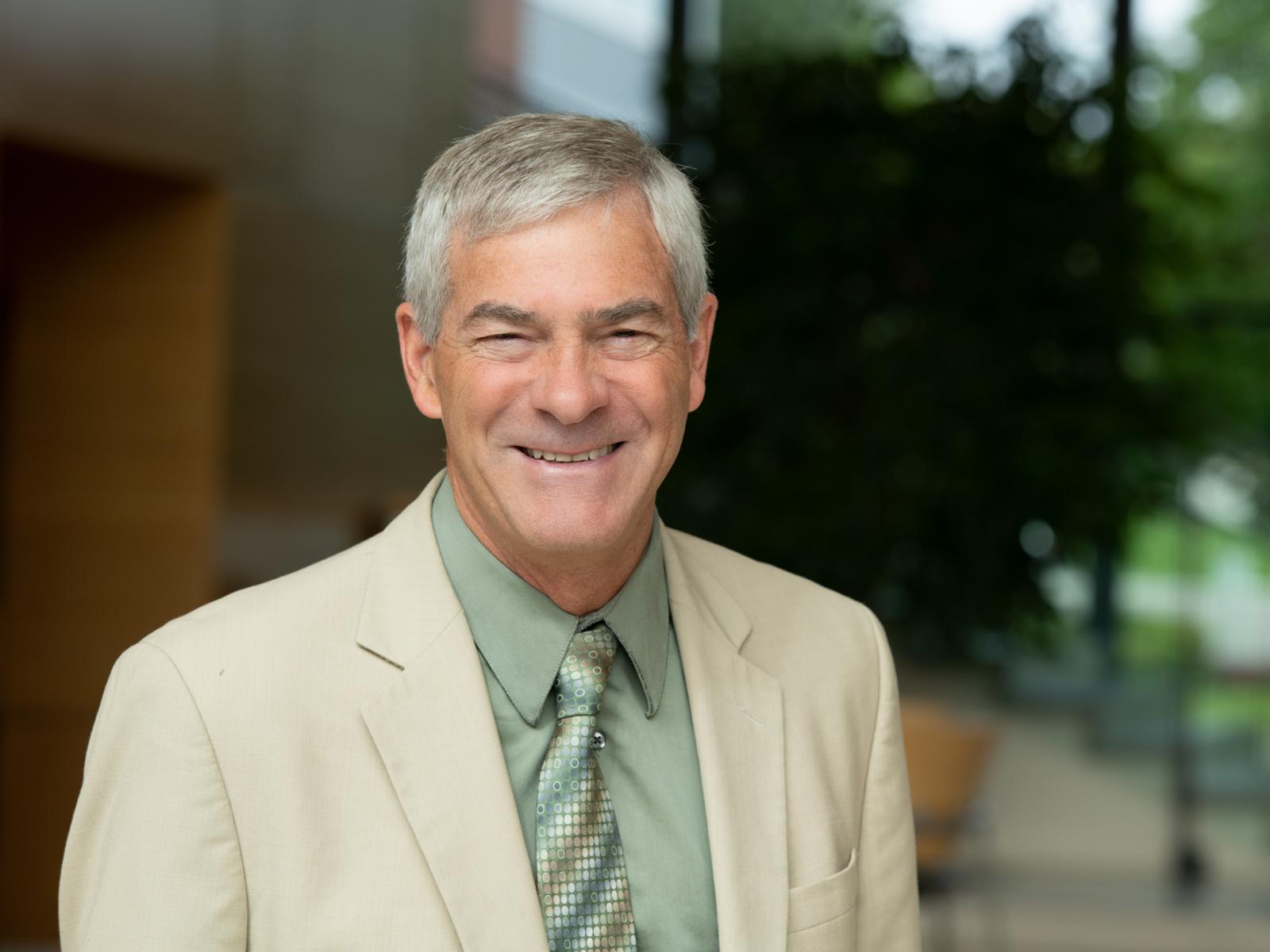 Jim De Yoreo, a Battelle fellow at Pacific Northwest National Laboratory, has been nationally recognized as a scientific leader who forges partnerships between national laboratories and universities.

Through advanced microscopy techniques, De Yoreo has spent his career trying to understand and predict the behavior of materials. In 2022, he was elected to the National Academy of Engineering, citing his “advances in materials synthesis from nucleation to large-scale crystal growth.” De Yoreo’s work spans materials science, geochemistry, and biophysics, often focusing on natural mineral and biological systems.

De Yoreo is particularly interested in interfaces, the place where two different materials meet. “Developing new and increasingly complicated materials requires combining existing materials,” said De Yoreo. “To effectively combine materials, we have to understand what happens at the interface.”

De Yoreo’s research team has watched tiny crystals grow and attach together in real time, solving outstanding questions about crystal formation. The team also determined the patterns that proteins form on a mineral surface, laying the groundwork for new strategies for synthesizing semiconductor and metallic nanoparticle circuits for photovoltaic or energy storage applications.

Some of De Yoreo’s most significant contributions occurred through his penchant for forging deep connections and collaborations. Since joining PNNL in 2012, he has worked with like-minded materials science researchers across Washington State.

De Yoreo approaches science through a collaborative perspective. “I know that my own view is limited,” said De Yoreo. “So if I work with people who have different skills, we can start to really understand materials.”

Many of these collaborations occur through university partnerships, particularly at the University of Washington (UW). De Yoreo has embraced leadership roles at the Northwest Institute for Materials Physics, Chemistry, and Technology and the Center for the Science of Synthesis Across Scales (CSSAS), which bring together researchers from PNNL and UW.

“I think Jim has set the stage for another decade of really fruitful materials science collaborations between UW and PNNL,” said Jim Pfaendtner, PNNL joint appointee, professor, and chair of the UW Department of Chemical Engineering. “His efforts have built bridges that didn’t exist before and led to new efforts, like CSSAS.”

Pfaendtner isn’t the only one who noticed. The Department of Energy named De Yoreo a Distinguished Scientist Fellow in 2020, specifically citing his “leadership in National Laboratory-University partnerships.”

The different material components are like toy bricks. When assembled in a precise order, a stack of different pieces can become a car or a house. While standard toy bricks require direct human assembly, it isn’t strictly necessary at the nanoscale. It’s as if putting a set of bricks into a box and shaking it the right way produces a completed model house without extra effort.

This is similar to what happens with assemblies at the nanoscale. However, creating a specific assembly isn’t as simple as adding all the components to a random box. Different conditions, including the overall temperature or type of materials, can change the final structure of the assembly. The goal of Monahan’s project, which is funded by CSSAS, is to understand design principles and key interactions between different building blocks. This will allow researchers to create predictable, functional materials, where final structure controls overall behavior, from a wide range of starting materials.

“We want to try to fit these two different worlds together and find a place where they have complementary chemistry,” said Monahan.

The Chen group designed peptide-like molecules, called peptoids, to serve as the organic component. Monahan created inorganic nanocrystals and used microscopy to study the forming of organic-inorganic assemblies and their final structures.

The team explored whether starting assembly with either the organic or the inorganic components produced different results.

“Jim has opened my eyes to these different ways to study nanomaterials,” said Cossairt. “There are things we’d just never consider being viable for our inorganic systems. He really is the dream collaborator.”

Developing the next generation of scientific leaders

Students who work with De Yoreo have ready access to advanced microscopes and other instruments at the new Energy Sciences Center (ESC). It’s more than the instruments, though. The ESC was designed as a collaborative environment for accelerated scientific discovery and features a combination of research laboratories, flexible-use open spaces, conference rooms, and offices.

“Everyone in Jim’s group has such different backgrounds,” said Monahan. “It means that you constantly get great ideas and have access to so much knowledge. I get to hear from experienced physicists and materials scientists at PNNL as well as the chemists I work with at UW.”

Monahan is just one of De Yoreo’s UW student mentees. While some stay based at UW for their full graduate career, others spend from months to years on the PNNL campus.

“I always wanted to mentor graduate students jointly,” said De Yoreo. “Working with another mentor makes sure my students have a full lab experience no matter where they are. I also think if they can learn both synthesis and measurement, it makes their work more successful.”

Jim’s collaborators echo that sentiment. “There’s no way a student advised just by me would have been able to develop such deep microscopy skills,” said Cossairt. “The joint approach gives a student the best of both worlds.”

An adventurous approach to life and science

Collaborators note that they never know what the background of De Yoreo’s video calls will be as he often features photos of previous travels that range from savannah wildlife to snowy slopes. These backgrounds often come with an anecdote about the corresponding trip.

Once, he took instruments to explore a cave in Mexico where a unique set of crystals naturally formed. A sense of adventure permeates his personal and professional life. “You never know where he’s calling you from,” said Monahan.

“Jim has an adventurous approach to life, and you can see it in his science,” said Monahan, describing her mentor. “He has these wildly ambitious ideas, but he’s practical enough to know they might not happen now. But he’s going to break it down to where in 10 years, he’ll be able to do it.”

Others echo this sentiment. “Jim has a boundless intellectual energy and the ability to deeply think about numerous problems simultaneously,” said Pfaendtner. “It’s incredible.”

Pfaendtner collaborates with De Yoreo on multiple projects. “My group does computational modeling and he does experimental characterization,” said Pfaendtner. “Our work fits nicely together.”

Previously, a collaborative effort that included De Yoreo and Pfaendtner’s research groups explored how solid-binding peptides attach to a mineral surface. These biological molecules can potentially direct the formation of complex mineral-biological hybrid systems. The team used a combined approach of protein engineering, microscopy, computations, and surface bonding experiments to understand what controls peptide binding. They found that binding ability is substantially determined by a small section of the peptide structure. Using this core structure, researchers can create and identify new peptides to assemble materials.

“Every time I meet with Jim, he has new ideas about whatever we’re working on,” said Pfaendtner. “I leave most of my conversations with him feeling energized.”