Electricity demand tied to rising temperatures is projected to climb in the U.S., begetting the need for a significantly expanded power sector 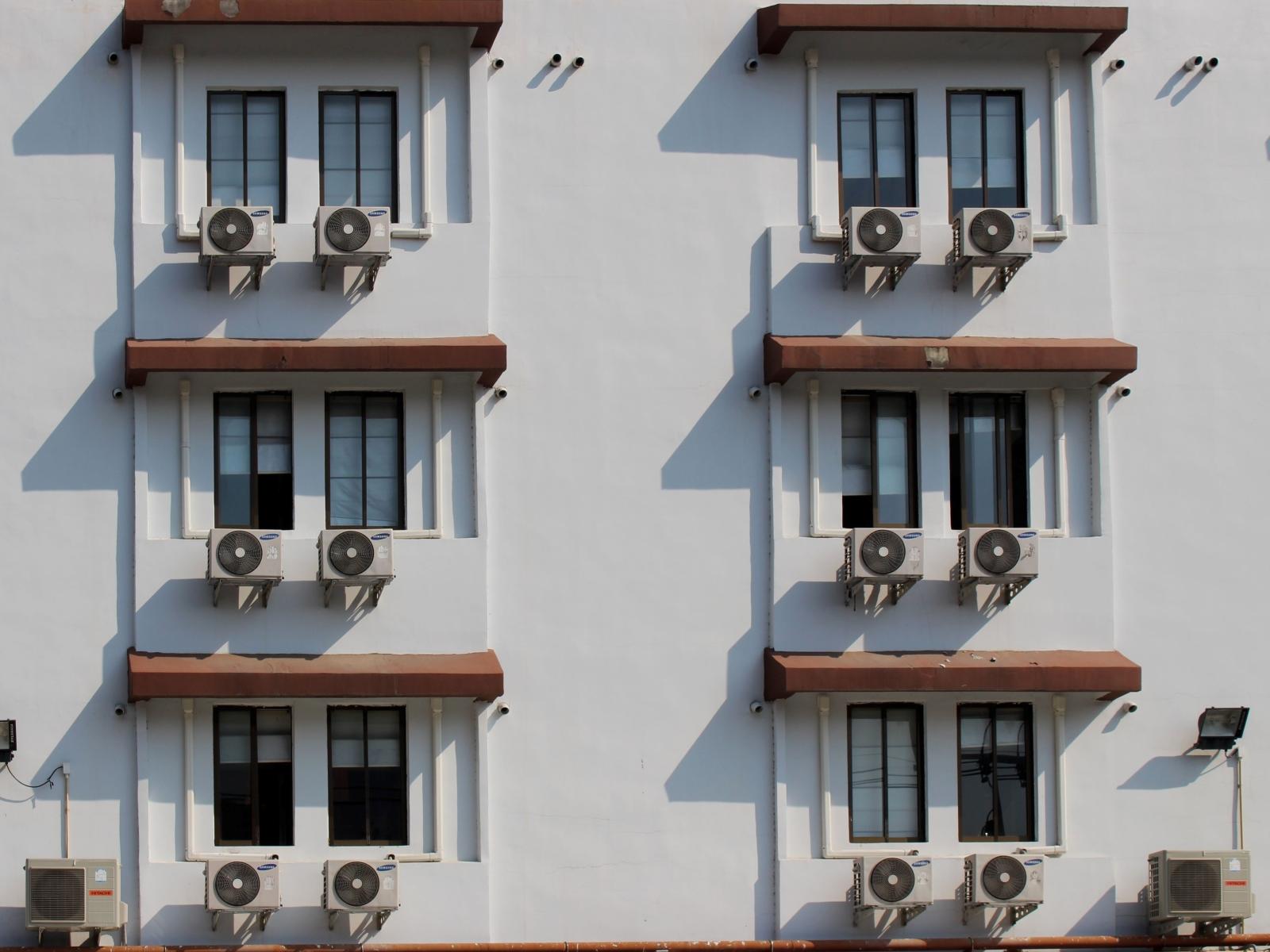 Researchers estimate the nation's electricity demand will grow alongside the need to cool buildings in a warming climate. Building new capacity in the U.S. to satisfy that projected demand, they find, could cost an additional $1 trillion spent by the end of the century.

COLLEGE PARK, Md.—Temperatures are rising. Eight of the warmest 10 recorded years of globally averaged temperature have occurred after 1998. Coupled with that increase is a growing demand for electricity to cool buildings. A new study published recently in the journal Nature Communications projects that electricity demand tied to cooling U.S. buildings will grow as peak temperatures rise, and so too would the need for an expanded power sector.

Researchers from the U.S. Department of Energy’s Pacific Northwest National Laboratory found that building new capacity in the U.S. to satisfy that projected demand in a warmer future could cost an additional $1 trillion spent by the end of the century. The research ties together interactions between sectors—electricity, water, agriculture, among others—to paint a picture of how electricity demand and the nation’s capacity to meet it may materialize in future climate scenarios.

Where previous research has explored the nation’s future energy needs in detail, models that depict the evolution of heating and cooling demand in buildings do not typically consider such a wide breadth of influences. Here, the authors consider electricity trade between regions, labor productivity, changes in building floorspace and shell designs, fuel prices and availability, shifting population sizes, and changes in technology and water availability, among other dynamic forces that shape demand.

“We have access to detailed models that capture electricity use down to the hour,” said lead author Zarrar Khan, a computational scientist at the Joint Global Change Research Institute, a partnership between Pacific Northwest National Laboratory and the University of Maryland where researchers explore the interactions between human, energy, and environmental systems. “But they don’t capture all the other dynamics that we include in this model. We combine input from multiple sectors to get a full picture, and I think this is one of the first studies to do that while capturing sub-annual temperature impacts on building heating and cooling demands.”

The study highlights how increases in peak electricity demand resulting from rising temperatures—not the increases in annual demand—determine how much new capacity, from power plants to wind turbines, may be needed.

The authors modeled two scenarios to project how capacity would need to grow to meet future U.S. energy demand. The first entails a future where temperatures change in response to a changing climate, with peak electricity demand rising in turn. The second entails a future where temperatures and their associated peak demands remain constant from 2015 onward.

In each case, temperature changes are modeled on an hourly basis to drive electricity demand in monthly day and night demand segments. The top 10 hours of highest demand in each year are captured separately to represent the annual peak. Comparing the two futures allowed the researchers to isolate temperature-related influence on electricity demand.

They then estimated the cost of building the capacity to satisfy that demand. Both scenarios were projected through the year 2100. Overall, cooling demand was projected to rise while heating demand declined.

But, to paint that full picture, the authors had to make a set of assumptions about how populations would grow, technological and economic trends would unfold, and what level of emissions would follow. To establish that baseline set of assumptions, they incorporated a socioeconomic pathway in their model—described as a “middle of the road” approach. In this hypothetical future, social, technological, and economic trends roughly follow their historic trajectories, and greenhouse gas emissions continue to rise.

In a scenario where U.S. temperatures do not change from 2015 levels, the authors projected that California's power capacity would need to rise to 102 gigawatts by 2100 to meet demand. That upgrade, they estimate, could represent a $322 billion investment spent from 2015 to the end of the century.

Factor in future temperatures, however, and California’s needed capacity climbs to 120 gigawatts, requiring a $393 billion investment spent by 2100. Similarly, Washington would need 87 gigawatts of capacity installed by 2100 to meet demand (76 gigawatts without temperature-related impacts), corresponding to $248 billion spent between 2015 and 2100.

Zoom out to a national scale, and the 2100 national energy capacity required to meet demand reaches 2,017 gigawatts, with temperature changes factored in; this corresponds to a $7.3 trillion investment spent by 2100. In that scenario, the costs related directly to temperature changes total $1 trillion. As of March 2020, the nation’s electricity generating capacity was roughly 1,200 gigawatts.

The largest temperature-related increases in capacity were concentrated in California, Illinois, Pennsylvania, and Texas—with Texas projected to need 154-gigawatt capacity by 2100, and $413 billion spent by that time to reach it.

The impacts are far from uniform across states, as they are driven by unequal distributions of fuel prices, availability and costs of renewable resources, and climate conditions, among other factors. In California and Texas, for example, where relatively lower natural gas prices combine with greater forecasted economic and population growth, the authors project larger temperature-related gas investments.

In midwestern states where wind is abundant, the authors anticipate larger investments in wind energy. In each scenario, the cheapest fuels are dispatched first.

Cooling and heating demands vary across U.S. climates. Interestingly, the authors did not place new power-generating capacity near areas where electricity demand peaks. Instead, electricity trade patterns offer some relief and flexibility in regions where grid-connected states can transmit power between one another, potentially satisfying some level of demand without the cost of installing new power plants.

Cooling demand accounted for roughly 10 percent of total U.S. electricity use in 2020.

Altering assumptions about future economic trends and emissions levels shifts the results. A future in which fossil fuel use is high and lifestyles demand greater energy use, for example, boosts annual electricity use in buildings an estimated 50-73 percent higher. In the future, the team will look toward other issues, from changes brought by electric vehicles to grid storage.

“If you just look at the annual load,” said systems engineer and coauthor Marshall Wise, “then it’s pretty near impossible to show why there’s a demand for storage, or what good it would do. With the varying intra-annual electricity demand, though, you see the pressures. Then you say, ‘OK, how much can something like storage help mitigate those pressures on the need for new capacity while reducing cost?’ That’s why storage is a clear next step for us to analyze.”

This research was supported by the U.S. Department of Energy, Office of Science.

Pacific Northwest National Laboratory draws on its distinguishing strengths in chemistry, Earth sciences, biology and data science to advance scientific knowledge and address challenges in sustainable energy and national security. Founded in 1965, PNNL is operated by Battelle for the U.S. Department of Energy’s Office of Science, which is the single largest supporter of basic research in the physical sciences in the United States. DOE’s Office of Science is working to address some of the most pressing challenges of our time. For more information, visit PNNL's News Center. Follow us on Twitter, Facebook, LinkedIn, and Instagram.