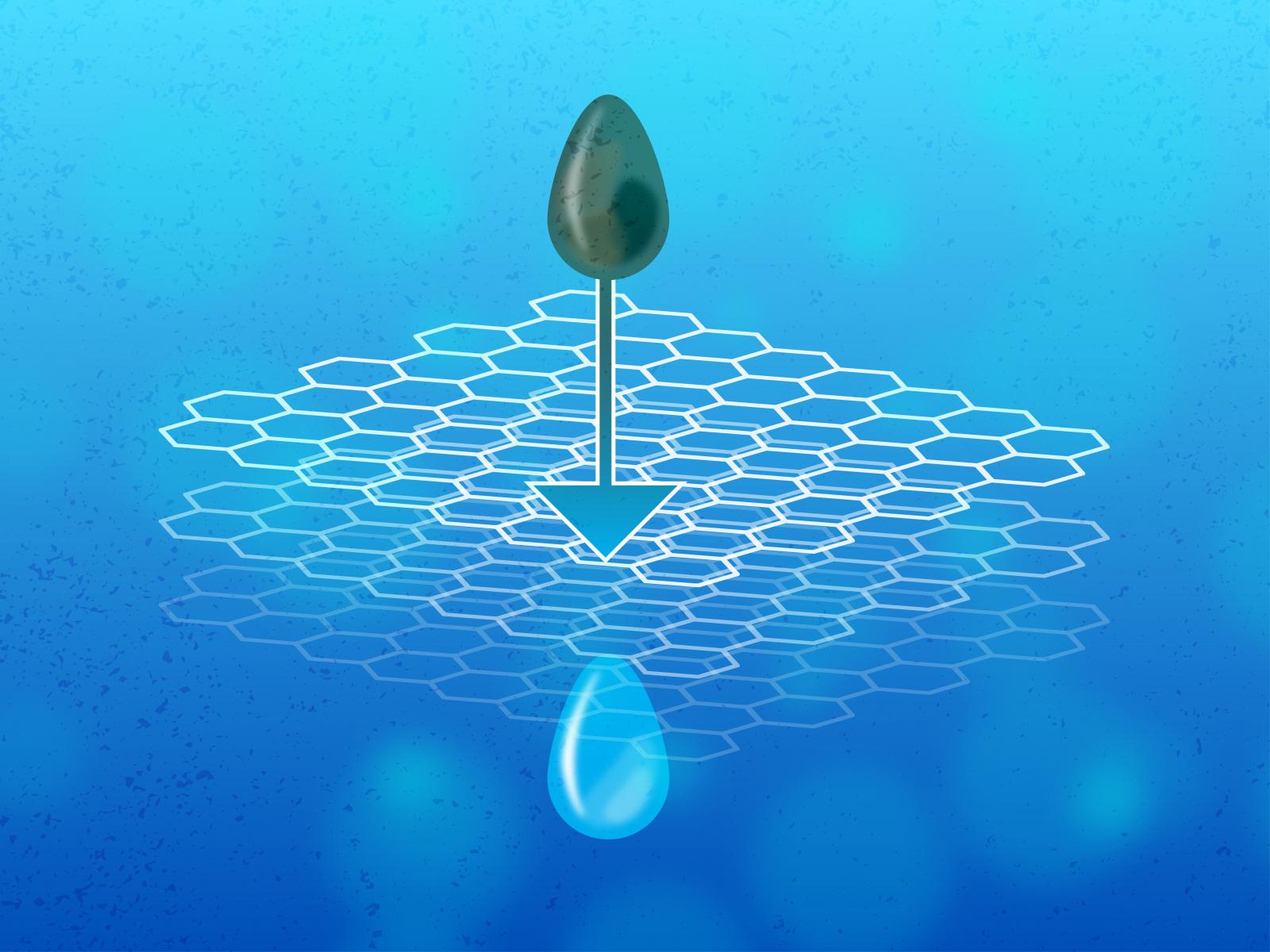 Graphene oxide can be used as a regenerable water purification technology.

Across the globe, billions of people lack reliable access to clean drinking water. In the United States, cities like Flint, Michigan and Newark, New Jersey made national news headlines for the hazardous levels of toxic lead contamination in their drinking water. This is such a pressing issue that the U.S. Department of Energy lists “water security” as one of its grand challenges. To meet this need, many scientists aim to create cheaper and more efficient water purification technologies.

How does GO work?

Current carbon-based filtration systems are adept at removing volatile organic compounds and chlorine from drinking water; however, only certain types can remove lead and other toxic ions, and the filters require frequent replacement.

“Graphene oxides have a lot of potential,” said Vanda Glezakou, corresponding author of the study. “They were already being studied for their water purification potential, but we felt that part of the story was overlooked when it comes down to how they interact with positive ions such as Pb2+.”

Glezakou and colleagues from PNNL decided to find out exactly how GO removes toxic ions from water. GOs contain a mixture of different specified arrangements of atoms, called “functional groups,” that are attached to the graphene skeleton. "Different groups create a different environment at the interface with water that affects how ions move" said Manh-Thuong Nguyen, lead author of the study.

The team investigated the influence of different functional groups and pH on the adsorption and release of lead ions by GO. “This required millions of ab initio calculations and multi-technique experiments” said Nguyen. The researchers found that a specific functional group, carboxylic acid (COOH), exerted the strongest influence over the ability of GO to remove toxic ions. In addition, they showed that a simple change in acidity can be used to either bind or release the lead ions from GO, making the material reusable. Their results were featured on the cover of JACS Au, the flagship open access journal of the American Chemical Society.

“This was the missing piece of the puzzle,” said Grant Johnson, co-author on this study, “once we determined how GO adsorbs lead ions, we wanted to see if we could alter it to be more efficient and reversible.”

GOs are typically prepared through the chemical oxidation and subsequent exfoliation of graphite. The resultant GO sheets contain a mixture of functional groups. Knowing that COOH provided enhanced adsorption of lead ions, the researchers exposed GO to a hydrothermal treatment method to create a reduced type of GO that contains a higher proportion of this functional group. They also found that they could regenerate the activity of COOH by altering the pH of the water.

“This research provides a basic understanding of the processes relevant to the separation of toxic metal ions from water. While GOs aren’t used for water purification on a large scale yet, our research should aid in the design of such GO-based technologies,” said Glezakou.