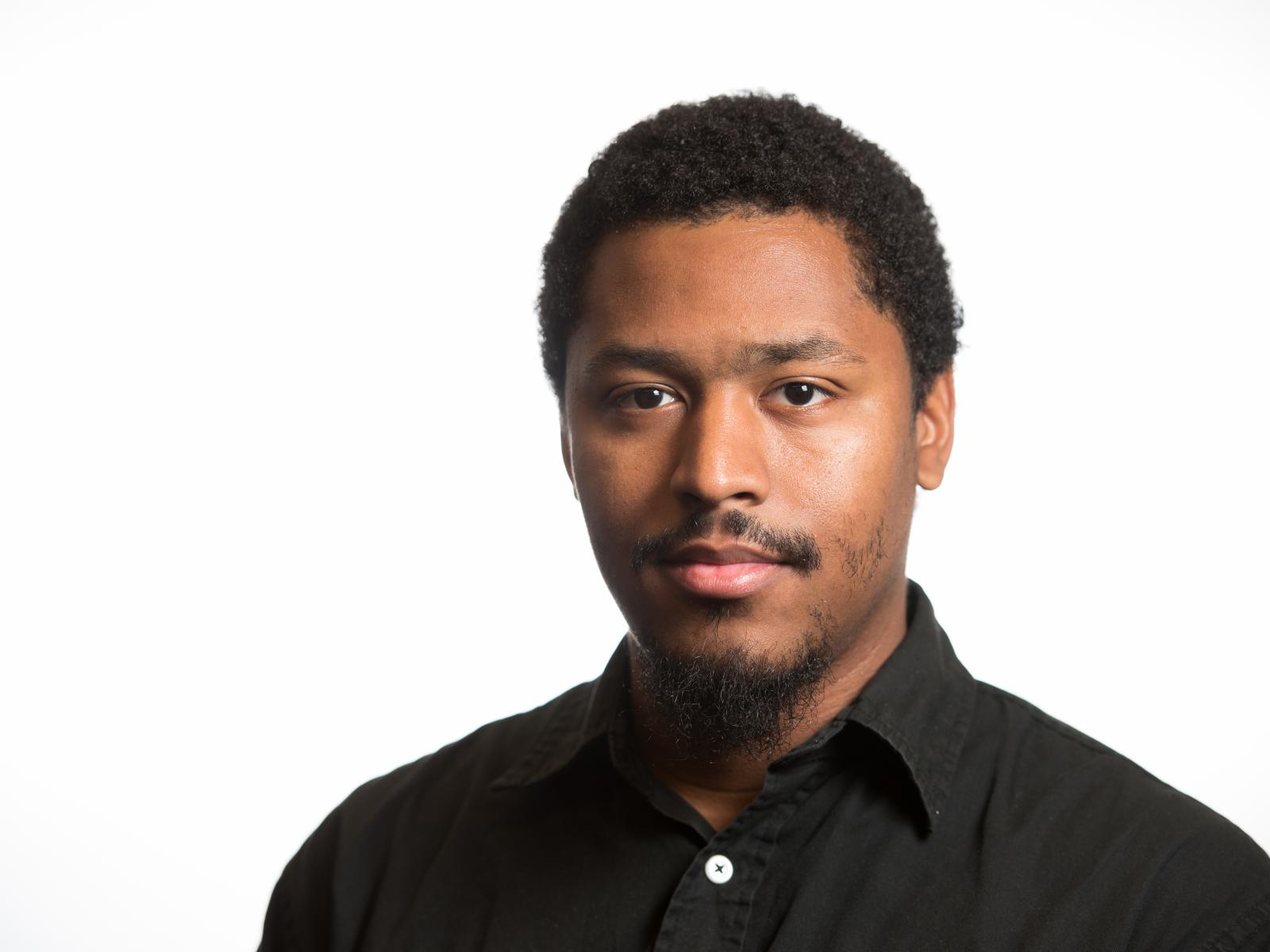 Jefferson was an invited speaker at the Haynes-Granville-Browne New PhD session during NAM’s Joint Mathematics Meeting. The session pays tribute to the first three African American women to receive PhD’s in mathematics: Martha Haynes, Evelyn Granville, and Marjorie Lee Browne. During the session, an award is given to the best speaker based on visual display, oral presentation, and mathematical content.

“Both the invitation and the award were really a surprise given my background,” says Jefferson, who completed his PhD in psychology after earning both bachelor and master’s degrees in mathematics. “Cognitive psychology, which I studied, was a way for me to apply math to impact the world in a more direct way. It’s different than social psychology, because it tries to understand the brain’s processes and represent the steps of how people make decisions or the way memory works.”

Jefferson’s study inverted shapes made with simulated data from electric power generators to create what he calls “anti-generators.” In doing this, he discovered a consistent pattern in the data that showed a new way to plan electric coverage over a maximum area.

“It’s like opening umbrellas,” Jefferson said. “You want to make sure that rain doesn’t directly fall on anything, and you want to spread them out, so they aren’t too close, but you don’t use too many. These anti-generators discovered a relationship that consistently covers the whole area with only four points.”

The study used power generator data, but the approach could also benefit city planning, environmental monitoring, cell phone tower placement, and any other instance when resources must be spread out to service an area with disparate needs.

Graph analytics is only a portion of the work Jefferson has done since joining PNNL in 2018. He also works to understand weaknesses of neural networks for use in self-driving cars and leads a cognitive modeling initiative that works to translate the way people think into computational models. The models can be applied broadly to problem solving and performance—for example, to make more user-friendly digital assistants or to train safer, more cohesive SWAT teams.

Jefferson, who “lacked confidence in math” as one of only two African American students in his Maryland high school’s honors classes, encourages struggling math students to find a mentor or a challenging real-world problem.

“I had two epiphany moments with math that helped me,” says Jefferson. “The first was when my high school calculus teacher encouraged me to use part of my Arby’s paycheck to sign up for the AP calculus exam, and I ended up doing really well. Later, in college, I started questioning if I was going to continue with math, until my advisor gave me a real-world counting problem that really sucked me in. You need to know the mechanics, but everything changes once you see you don’t have to do math in a vacuum.”

Kutz Selected as Society for Industrial and Applied Mathematics Fellow