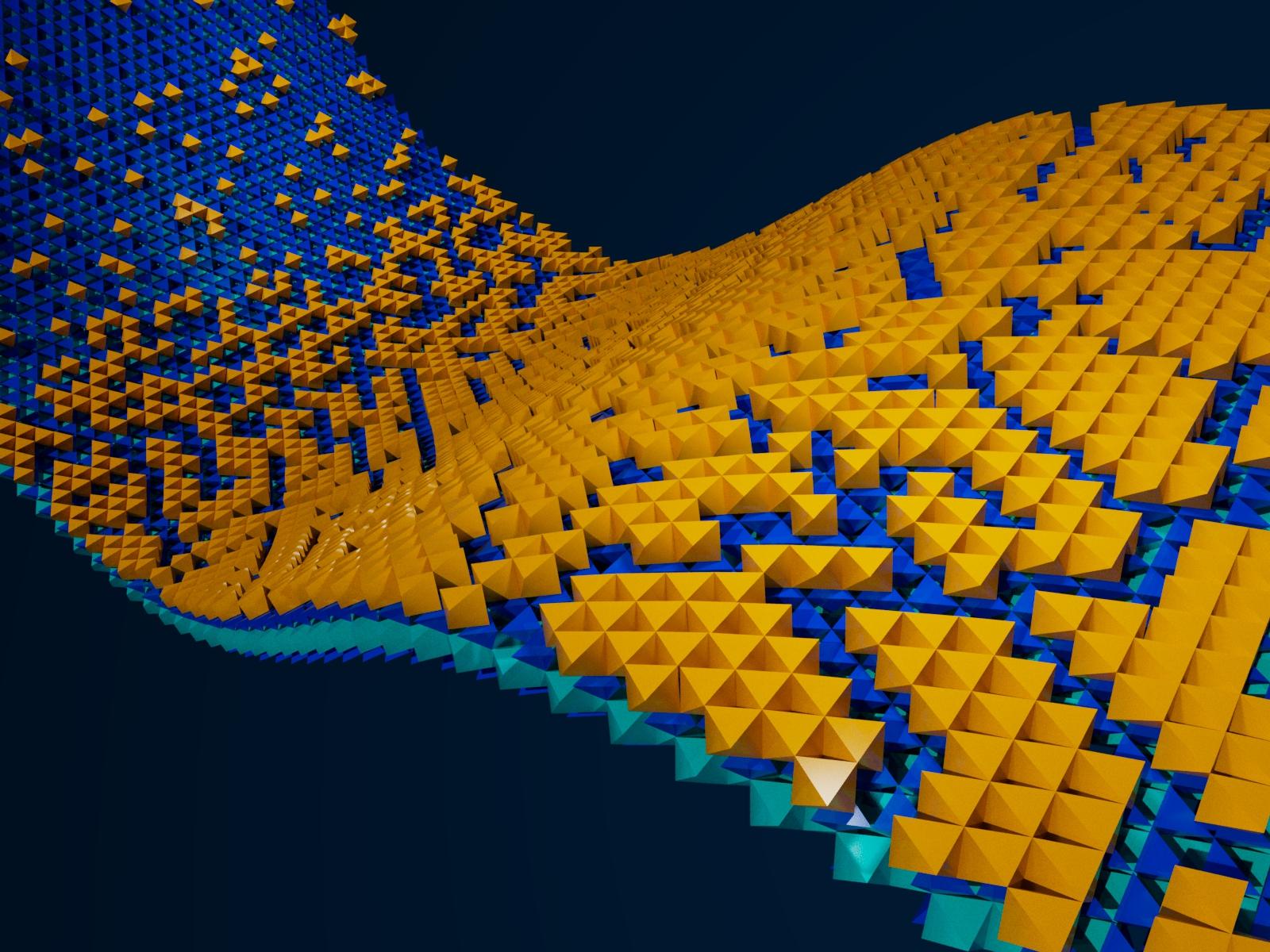 What do clouds, televisions, pharmaceuticals, and even the dirt under our feet have in common? They all have or use crystals in some way. Crystals are more than just fancy gemstones. Clouds form when water vapor condenses into ice crystals in the atmosphere. Liquid crystal displays are used in a variety of electronics, from televisions to instrument panels. Crystallization is an important step for drug discovery and purification. Crystals also make up rocks and other minerals. Their crucial role in the environment is a focus of materials science and health sciences research.

Scientists have yet to fully understand how crystallization occurs, but the importance of surfaces in promoting the process has long been recognized. Research from Pacific Northwest National Laboratory (PNNL), the University of Washington (UW), and Durham University sheds new light on how crystals form at surfaces. Their results were published in Science Advances.

Previous studies on crystallization led scientists to form the classical nucleation theory—the predominant explanation for why crystals begin to form, or nucleate. When crystals nucleate, they begin as very small ephemeral clusters of just a few atoms. Their small size makes the clusters extremely difficult to detect. Scientists have managed to collect only a few images of such processes.

“New technologies are making it possible to visualize the crystallization process as never before,” said PNNL Physical Sciences Division Chemist Ben Legg. He partnered with PNNL Battelle Fellow and UW Affiliate Professor James De Yoreo to do just that. With the help of Professor Kislon Voitchovsky from Durham University in England, they used a technique called atomic force microscopy to watch the nucleation of an aluminum hydroxide mineral on a mica surface in water.

Mica is a common mineral, found in everything from drywall to cosmetics. It often provides a surface for other minerals to nucleate and grow. For this study, however, its most important feature was its extremely flat surface, which allowed researchers to detect the few-atom clusters as they formed on the mica.

What Legg and De Yoreo observed was a crystallization pattern that was not expected from the classical theory. Instead of a rare event in which a cluster of atoms reaches a critical size and then grows across the surface, they saw thousands of fluctuating clusters that coalesced into an unexpected pattern with gaps that persisted between crystalline "islands."

After careful analysis of the results, the researchers concluded that while certain aspects of the current theory held true, ultimately their system followed a nonclassical pathway. They attribute this to electrostatic forces from charges on the mica surface. Because many types of materials form charged surfaces in water, the researchers hypothesize that they observed a widespread phenomenon and are excited to look for other systems where this nonclassical process might occur.

“Assumptions from classical nucleation theory have far-reaching implications in disciplines ranging from materials science to climate prediction,” said De Yoreo. “The results from our experiments can help produce more accurate simulations of such systems.”

This research at PNNL was supported by the Department of Energy (DOE), Basic Energy Sciences program, Division of Materials Science and Engineering, Synthesis and Processing Science Program and a DOE Office of Science Distinguished Scientist Fellows award ; the UK Engineering and Physical Sciences Research Council supported the work at Durham University.