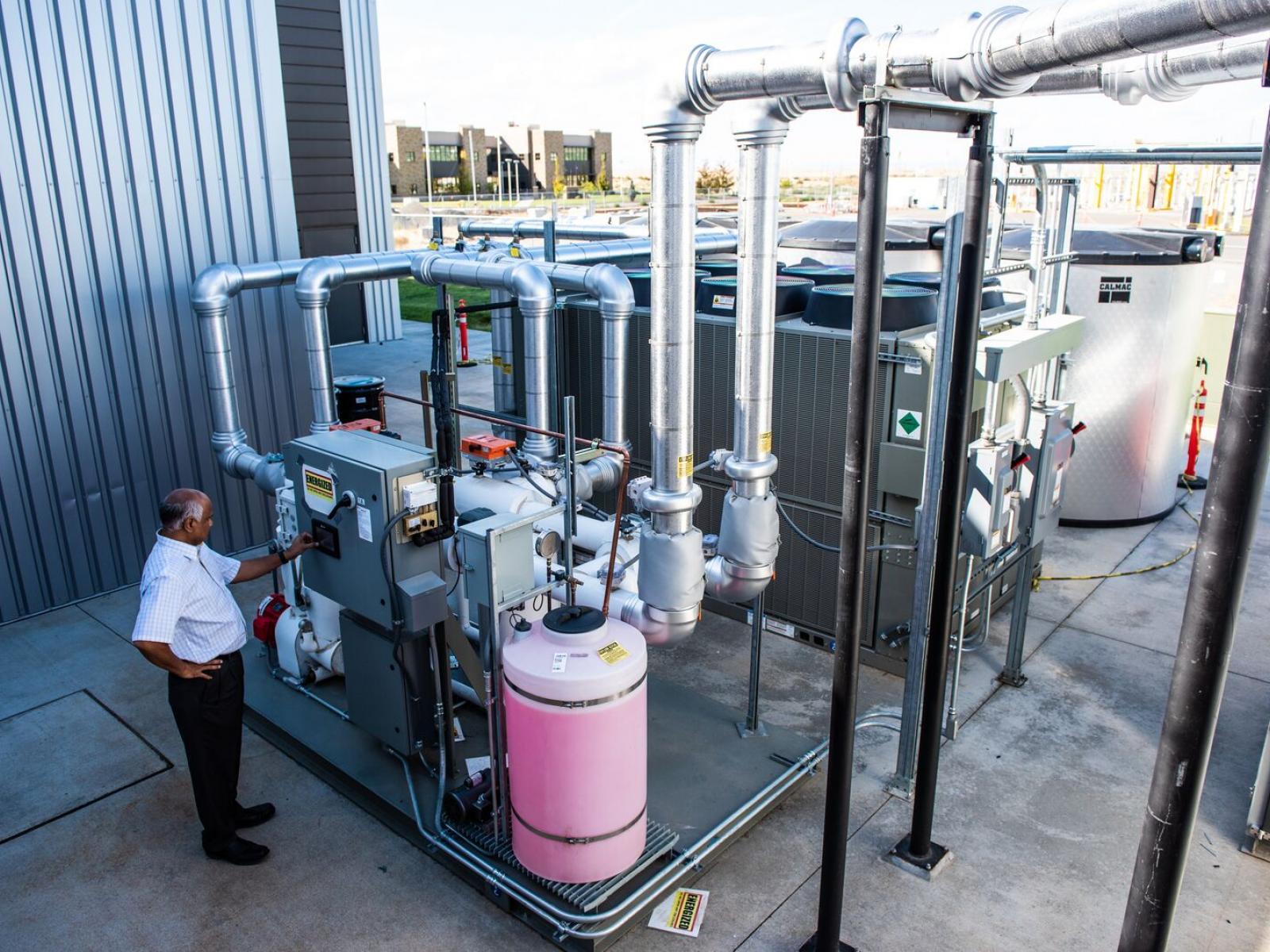 Srinivas Katipamula (foreground), recent ASHRAE Exceptional Service Award recipient, can sometimes be found at PNNL’s Thermal Energy Storage System (TESS). He and colleagues use the TESS to study the strategic capture and use of electricity to accomplish a range of cost, environmental, and power grid benefits.

The honor recognizes members who have served the society faithfully and with exemplary effort, have previously received ASHRAE’s Distinguished Service Award, and have been full-grade ASHRAE members for a minimum of 10 years.

Katipamula, a staff scientist, was nominated for the honor by a fellow ASHRAE member and evaluated in categories including project and technical committee service and leadership and ASHRAE-related publications and presentations.

“I’ve been glad to contribute time and energy to ASHRAE’s efforts, which result in product standards and guidelines that benefit consumers and the nation,” Katipamula said. “It’s gratifying to have made a difference and receive recognition.”

In addition to his trailblazing work in building “tune-up” methods and transactive energy, Katipamula is known for contributions to heating, ventilation, and air-conditioning (HVAC) technologies. He played a key role in formulating and executing a Department of Energy challenge that resulted in manufacturers substantially increasing the efficiency of their new rooftop heating and cooling products. He also helped advance a retrofit controller that improved performance of thousands of existing HVAC units nationwide. By 2019, the controller was estimated to have saved upwards of 100 million kilowatt hours of electricity.

ASHRAE is an international society with more than 50,000 members that seeks to advance the arts and sciences of heating, ventilation, air conditioning, and refrigeration to serve humanity and promote a sustainable world. ASHRAE’s efforts focus on building systems, energy efficiency, indoor air quality, and sustainability within the industry.

Greener Air-Conditioning for a Warmer World