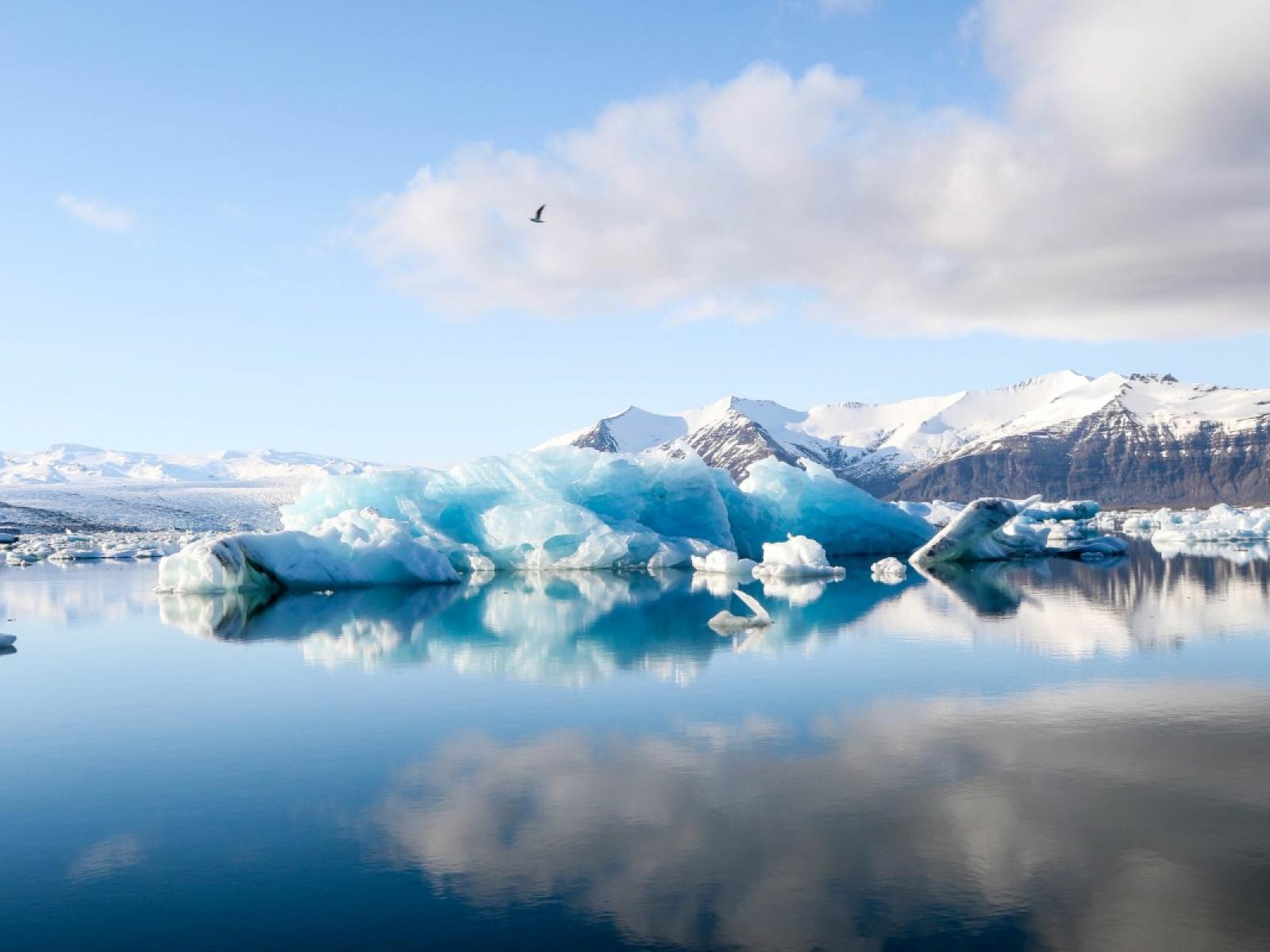 Results from a study led by PNNL and published in the Proceedings of the National Academy of Sciences show that warmer surface temperatures and an increase in precipitation—falling more frequently as rain rather than snow—are reducing snow cover and its mirror-like qualities in the Arctic.

Photo by Jeremy Bishop on Unsplash

Long ago, people started using light colors for buildings and clothing to reflect the sun and keep cool. It’s not a huge leap to compare this concept to one of Earth’s primary cooling strategies—snow.

In the Arctic, this natural mode of climate control has been under duress for decades. Reflectivity—what atmospheric scientists call albedo—has been weakening, contributing to temperatures rising in the Arctic more than twice as fast as anywhere else on the planet. Scientists suspected several forces at play, but they weren’t sure which one was leading the charge.

Now, research led by PNNL and published in the Proceedings of the National Academy of Sciences points to the primary cause: a decrease in snow cover.

As reported in the paper, less snow cover on both land and sea ice accounted for about 70 percent of the reduction in Arctic surface reflectivity since the 1980s. Warmer surface temperatures and an increase in precipitation—falling more frequently as rain rather than snow—led to the decrease in snow cover.

“These results show the importance of snow cover, along with sea ice, in understanding and predicting conditions in the Arctic,” said study leader Rudong Zhang, a post-doctoral research associate at PNNL. “It’s a double whammy for Arctic climate.”

Long-term observations about Earth system processes show evidence of changes and trends but not why the changes happen. To drill down to the causes, scientists combine multiple observational data sets and computer models designed to simulate Earth systems. The simulations allow them to see which variables lead to certain changes.

For this study, the research team examined reflectivity data obtained by different satellites over the Arctic from 1982 to 2014. Together, the data showed that surface reflectivity decreased between 1.25 percent to 1.5 percent per decade in the Arctic spring and summer. Now the scientists needed to know why.

First, Zhang and his coauthors ran simulations with a global model to see if it would yield similar reflectivity results. It did.

With agreement between observational data and the model, it was time for the next step. The researchers ran a simulation to see which factors had the biggest effect on reflectivity.

Snow cover on both land and sea ice came out on top, followed by sea ice itself. The study also showed, surprisingly to the scientists, that soot deposits on snow and ice started declining in the 1980s and had only a minor role in darkening the surface.

In addition to reflecting sunlight, sea ice and snow cover act as surface insulators, which prevent the exchange of heat and moisture at the surface. Less snow cover and sea ice mean more heat exchange and evaporation, creating more humidity in the normally arid Arctic.

More moisture in warmer temperatures means more rain, not snow. This further reduces the snow cover, in turn heating more of the surface, and so on, in a self-perpetuating cycle.

The scientists are now turning their focus to how water vapor gets transported from the lower latitudes to the Arctic. Other research at PNNL has shown that water vapor travels in atmospheric rivers that hold more precipitation and may become more frequent in a warming climate.

In terms of future precipitation in the form of rain or snow, PNNL co-author and Earth scientist Hailong Wang said that the “agreement between observations and model results in the study give us more confidence in our ability to predict how local and remote moisture may affect the Arctic.”

The research adds to the Department of Energy’s ongoing High-Latitude Application and Testing of Earth System Models effort to improve the prediction of high-latitude Earth systems on seasonal and multidecadal time scales. These systems hold global implications for shipping, natural resources and ecosystems, and national security.

In addition to Zhang and Wang, scientists at PNNL, the University of Washington, and the University of Wisconsin-Madison participated in the study. The Department of Energy Office of Science’s Biological and Environmental Research program supported the research through its Regional and Global Model Analysis program.