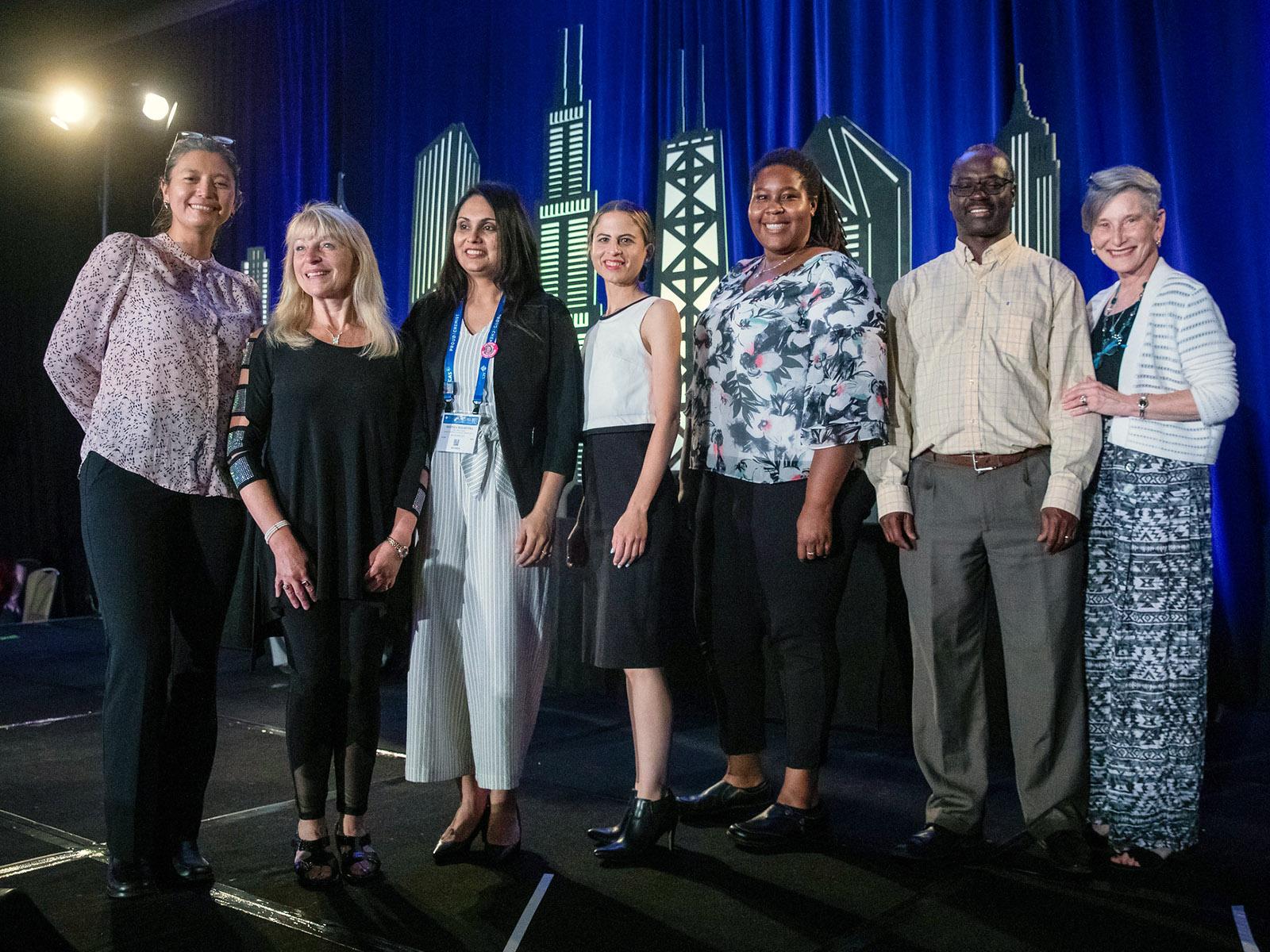 The American Chemical Society (ACS) Richland Section has been recognized by the ACS national organization with the Best Overall Section Minority Affairs award for 2022.

The section’s leadership—predominantly made up of Pacific Northwest National Laboratory (PNNL) scientists—received the award on behalf of the section at the ACS Fall Meeting held August 21-25, 2022, in Chicago.

The award recognizes a local section committee on minority affairs that consistently promotes and encourages the participation and leadership of underrepresented minorities in the chemical sciences. The award is part of ACS’s ChemLuminary award series that applauds local sections, technical divisions, regional meetings, and international chemical sciences chapters for their work in promoting chemistry.

The Richland Section’s Minority Affairs Committee indeed had a very busy year. Energized by several new volunteers from underrepresented minorities, the committee organized several events that reached a diverse audience within the community. Key among the events:

The section estimates that through these activities, more than 1,000 people were reached across Washington and Oregon, where some geographical areas under the section’s purview have large Hispanic and Native American populations. Additionally, they believe that more than half of those who participated were from underrepresented groups.

The Richland Section was also a finalist for ACS’s Most Innovative New Activity or Program award.

“On behalf of the Richland Executive Committee, we are very grateful for the recognition and support from the national ACS,” said local section chair Padilla Cintron. “Our section is composed of professionals and leaders who are committed to our mission to advance the broader chemistry enterprise by providing resources, programs, and outreach for the benefit of our communities. Thanks, all of you.”