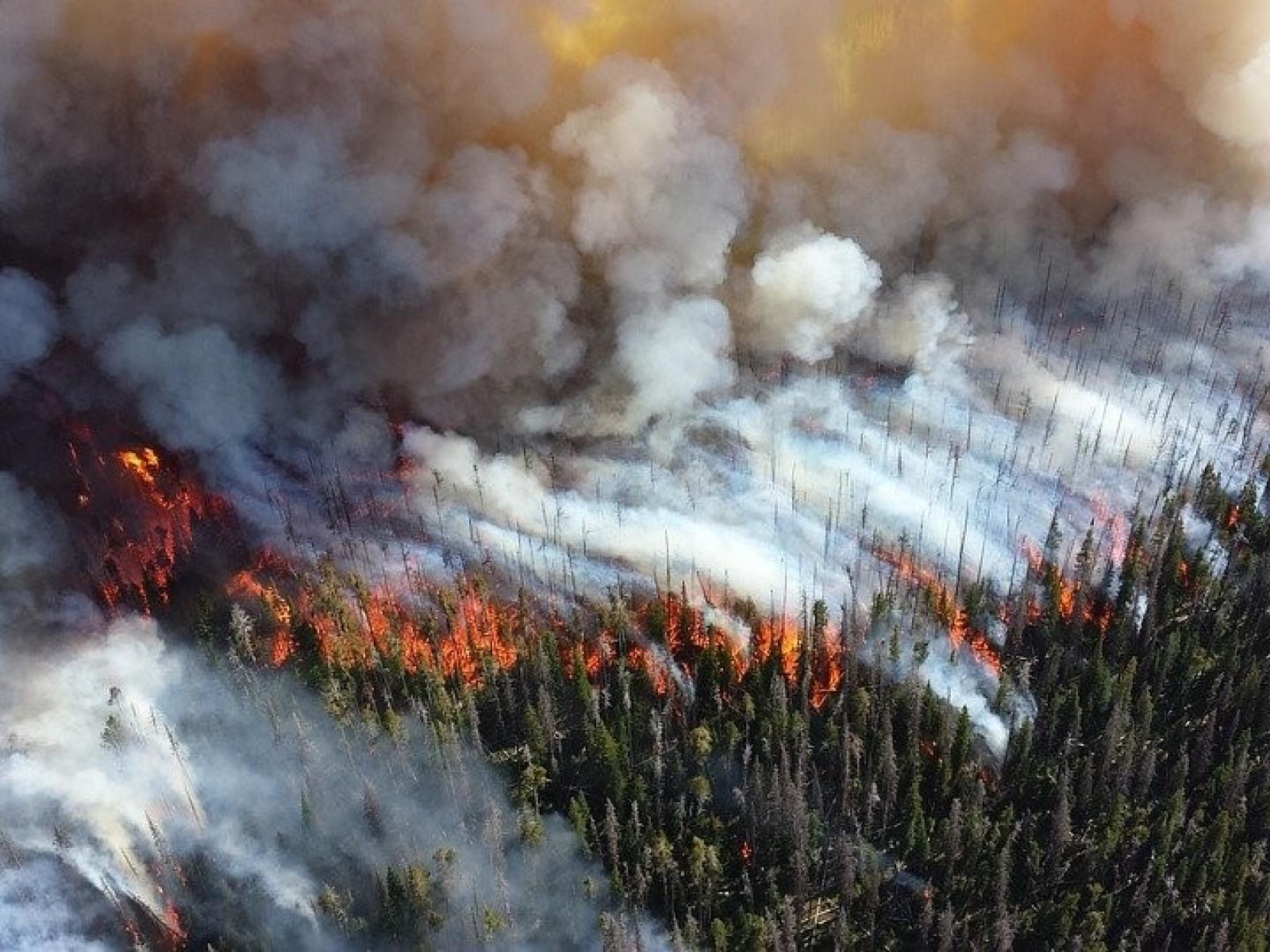 Using a new model that enables complex interactions between climate, fire, and ecosystems, a multi-institutional team led by the Georgia Institute of Technology and including researchers at Pacific Northwest National Laboratory are investigating how climate and fire affect each other. Understanding these interactions will contribute to the accuracy of future climate predictions, guiding fire risk and hazard mitigation strategies.

Climate–fire–ecosystem interactions are complex and have not been well represented in previous Earth system models, limiting the ability of these models to quantify the role of fire in the Earth system. A new global fire model with improved fire feedback mechanisms, the REgion-Specific ecosystem feedback Fire model (RESFire), has been developed and implemented in the Community Earth System Model (CESM) through a collaborative research effort conducted by the Georgia Institute of Technology with the U.S. Department of Energy’s Pacific Northwest National Laboratory and a team of researchers from multiple institutions. The team used this new model to investigate how climate and fire affect each other and what the implications of these interactions are for future climate projections.

Fire is a natural phenomenon with a long history of interactions with the natural environment and human society. Large wildfires result in significant disturbances to regional and global climate systems and ecosystems by perturbing energy budgets as well as carbon and water balances between the atmosphere and land surface. On the other hand, short- and long-term changes in fire weather, terrestrial ecosystems, and human activity modulate fire severity and reshape fire regimes. These complex climate–fire–ecosystem interactions were not fully integrated in previous Earth system model studies; therefore, the resulting effects on the projections of future Earth system changes are not well understood. In this study, researchers used the fully interactive RESFire model that was newly developed in CESM to investigate these interactions and their impacts on the Earth system and fire activity. The modeling results show increased global burned area (+19%) and fire carbon emissions (+100%) from the 2000s to the 2050s driven by changed fire weather. The results also indicated that intensified fire activity manifested non-negligible feedbacks to the Earth system through multiple compensating pathways, such as radiative effects from fire smoke and fire-induced land cover changes.

This research has been supported by the National Science Foundation (grant #: 1243220 and 1243232) and the U.S. Department of Energy (DOE) Office of Science as part of the Regional and Global Climate Modeling Program (NSF-DOE- USDA EaSM2; project #:N08586).