Tackling Water Conservation at the Source 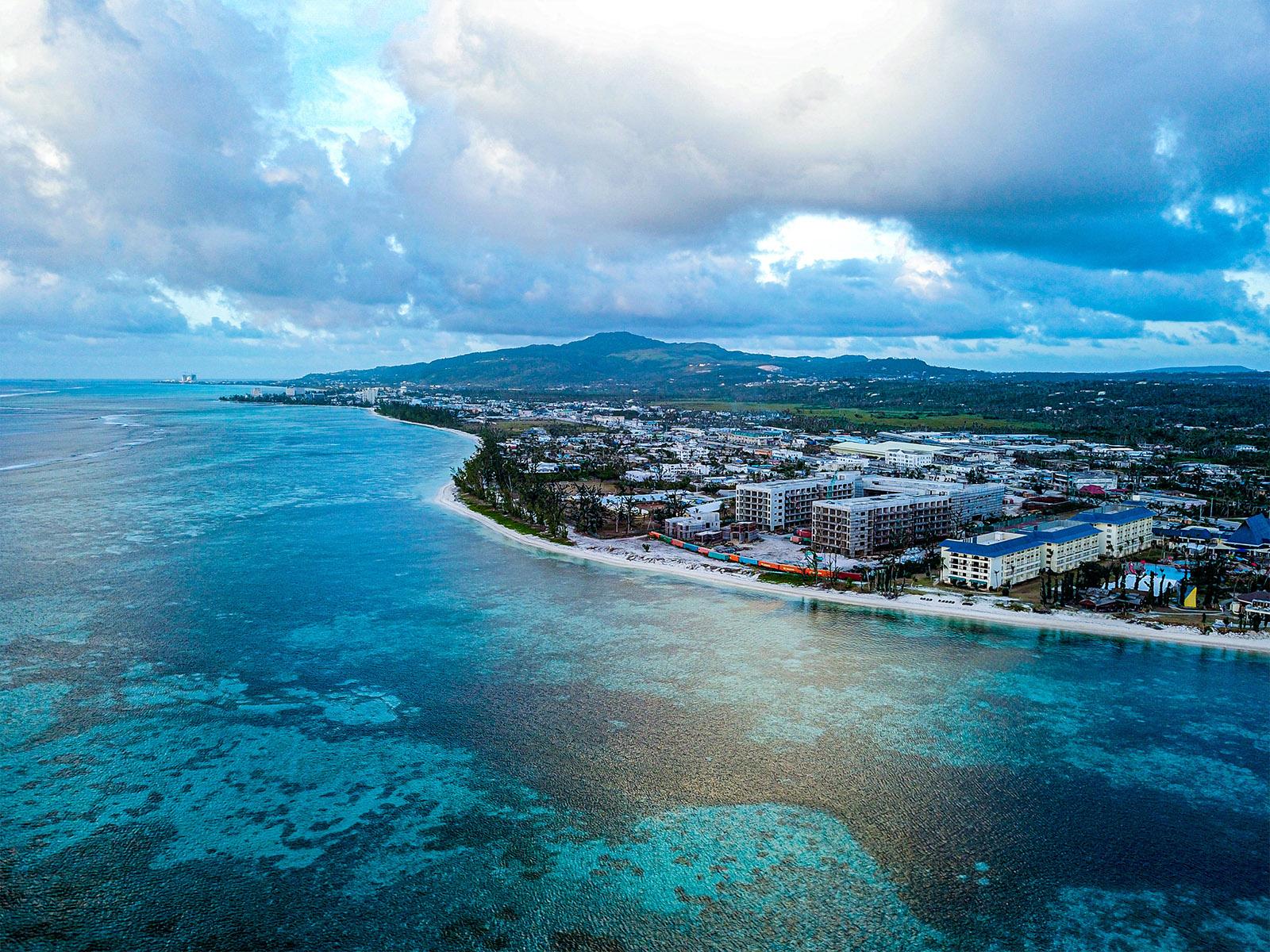 An Army Reserve Center in Saipan, Northern Mariana Islands, was one of three sites assessed for net-zero water based on contribution to aquifer resilience.

Water is vital to life and to economies around the world, but there is only so much of it to go around. As global demand climbs, so does the importance of questioning whether current conservation approaches support the long-term resilience of our aquifers.

This question was in focus as researchers at Pacific Northwest National Laboratory (PNNL) conducted a study of water cycling at U.S. Army Reserve installations. They found that certain conditions and strategies could help sites achieve the goal of net-zero water usage under a federal definition of what qualifies.

The Army launched its Army Net Zero Initiative in 2010 as part of an effort to better manage the use of natural resources at its installations. An Army Reserve initiative adopted the Army program to be suitable to small Reserve Centers, originally defining a site’s water usage as net zero if it only used water captured and treated on-site, such as rainwater. A 2014 pilot study at ten sites determined this strict definition was neither practical nor essential. Subsequently, the Federal Energy Management Program developed the revised federal definition, which the Army and Army Reserve adopted. Recently, the National Defense Authorization Act for Fiscal Year 2022 required by law that 10 percent of major military installations achieve net-zero energy and net-zero water or waste by 2035.

A team of scientists from PNNL, led by then PNNL hydrogeologist Catherine Yonkofski, studied water consumption and aquifer recharge at three Army Reserve Centers (ARCs) in the Pacific Islands in 2019. The goal was to evaluate whether the sites could be candidates for achieving net-zero water using the revised federal criteria, which requires the amount of water consumed on-site to equal the amount returned to the source aquifer, which is known as recharging.

The PNNL team found that all three sites in their study could qualify as net-zero water sites by looking further at the surrounding watershed and, in some cases, implementing practical measures to support adequate recharging of the source aquifer.

Groundwater aquifers are recharged when precipitation occurs at the surface and filters down through the soil until it reaches them. But not all surface water makes it that far. About 30 percent becomes runoff, and 40 percent is lost to evaporation and uptake by plants.

This leaves about 30 percent that infiltrates the soil and runs underground until it reaches groundwater aquifers. Paved surfaces, buildings, and adjacent landscaping, however, can disrupt this process and increase the amount of water lost to runoff. The built environment at each installation was a core part of the study.

The team took a novel approach to their research, looking at the continuous movement of water on, above, and below Earth’s surface. Their study considered the entire natural water cycle around each site, known as the hydrologic cycle.

“We applied a different method and mindset when doing these analyses than have been used before,” said PNNL researcher Amy Solana. “This unique approach considers the natural water cycle and represents a more holistic and sustainable way of assessing water usage and conservation potential.”

Hydrogeology is a specialty area within the field of hydrology that focuses on aquifers and groundwater resources. The PNNL team’s understanding of how aquifers work and ability to locate and identify an aquifer as a particular site’s water source were key to the study.

The team looked at three ARC locations relative to the source of their water. They wanted to determine whether enough precipitation at each site could be returned to that site’s source to create a full cycle of water—a net-zero balance between usage and replenishment.

Finding the answer required key pieces of information for each site. First, they needed to understand whether the site was located within the watershed such that water captured on its grounds could replenish the source aquifer. If so, the next steps were to measure precipitation via stormwater and irrigation, characterize surfaces and soils across the site, and assess and quantify points of water loss.

This data informed an estimate of how much water was returned to the aquifer via infiltration within the site boundary. Comparing this estimate with a site’s water usage revealed whether the net-zero goal was achievable, with or without additional measures.

No two sites are created equal

All three of the ARCs studied are on volcanic islands and face similar hydrologic challenges, though site-specific characteristics required different inputs for evaluation.

In Tutuila, American Samoa, the team discovered that the ARC is achieving net-zero goals without having to implement further water efficiency measures. In fact, recharge to the local watershed far exceeds the site’s water consumption. This is mainly because of the island’s high annual rainfall and the large amount of grass at the site, which allows infiltration.

The third ARC assessment site in Maui, Hawaii, fell short of net zero, consuming about 20 percent more water than it returned. Rainfall is the site’s biggest source of recharge, followed by irrigation water purchased from a potable water source and applied to the grounds. Half of the site is covered with pavement, which causes virtually all the site’s water runoff to flow into stormwater drains.

Since the Maui site had already installed efficient water technologies, the team proposed a strategically placed bioretention unit to catch runoff from paved areas. Pairing the unit with a ground barrier to direct water flow would allow enough additional infiltration for the site to achieve net-zero water.

“We explored the long-term sustainability of our limited freshwater resources,” said Solana. “The approach we took for these case studies effectively quantified that sustainability can inform important decisions related to water conservation planning and investment for the Army and others going forward.”

The site studies were funded by the Army Reserve Installation Management Directorate. 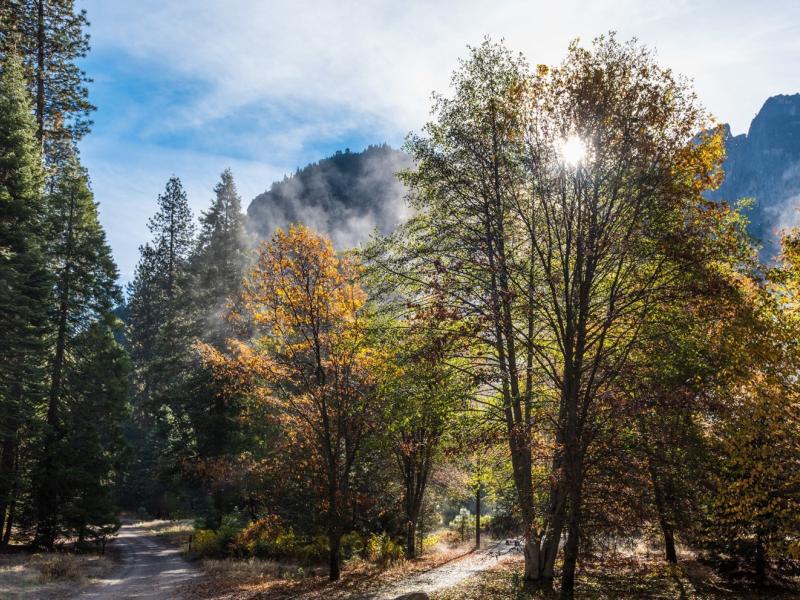