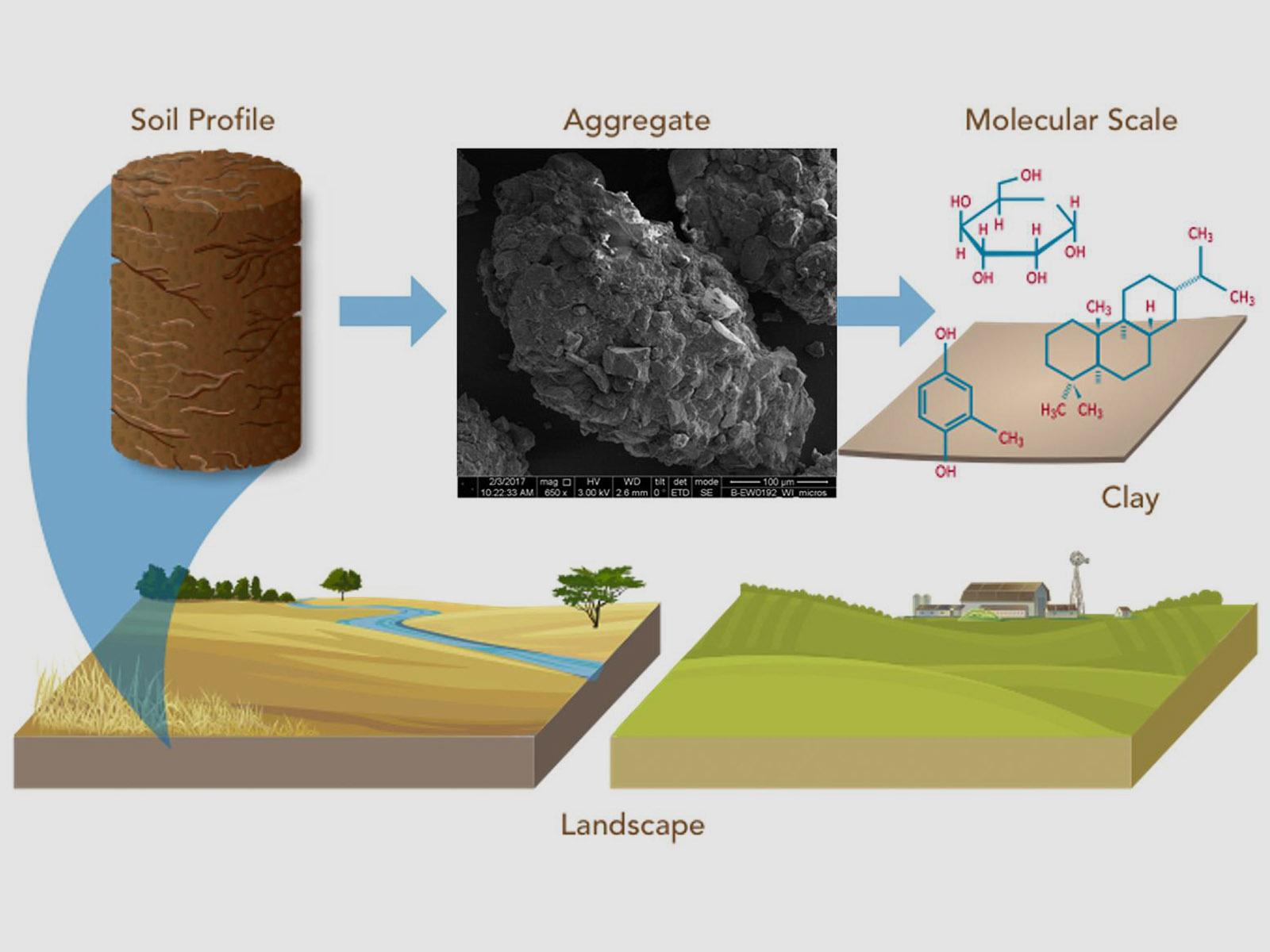 Most soil carbon is in the form of soil organic matter, the composition of which is controlled by a continuum between plants, microbes, and soil. However, it is unknown how variation in plant inputs, microbial community structure, and soil physical and chemical attributes interact to influence the chemical classes that comprise soil organic matter pools. A team of researchers from the U.S. Department of Energy’s Pacific Northwest National Laboratory addressed this knowledge gap by coupling microbial characteristics with detailed soil chemistry from two long-term bioenergy research experiments. They found that water-soluble carbon compounds were richer in switchgrass fields compared to corn fields. Soil texture, however, had a greater impact than crop selection on soil microbial community composition and organic matter chemistry.

Plants take carbon from the air, build cells, and release some of the carbon into the soil through roots and root exudates. It has been suggested that growing biofuel crops in marginal soils, which generally have low carbon content, might be a way to remove carbon from the atmosphere and store it belowground. One challenge is finding plants that can grow on these poor-quality soils. Perennial grasses, such as switchgrass, have been identified as plants that might work. Our results challenge the notion that switchgrass increases carbon accrual in surface soils of marginal lands.

The researchers characterized the influence of crop and site on fungal and bacterial community structure, potential enzyme activity, soil carbon chemistry, and total soil carbon and nitrogen concentrations at two long-term biofuel field experiments. Both corn and switchgrass were planted at each site, with one site having predominantly sandy loam soil and the other having predominately silty loam soil. The cropping system was less influential on soil microbial community structure and organic matter chemistry than soil type. Soil type was especially influential on fungal community structure and the chemical composition of relatively persistent carbon.

After 8 years of no-till management, silty loams still contained twice the total carbon and nitrogen as sandy loams, with no significant response to biofuel cropping system inputs. The researchers concluded this is likely due to enhanced microbial activity in surface soils of the perennial cropping system. Together, these results demonstrate that initial site selection is critical to plant–microbe interactions and substantially affects the potential for long-term carbon retention in soils under biofuel production.