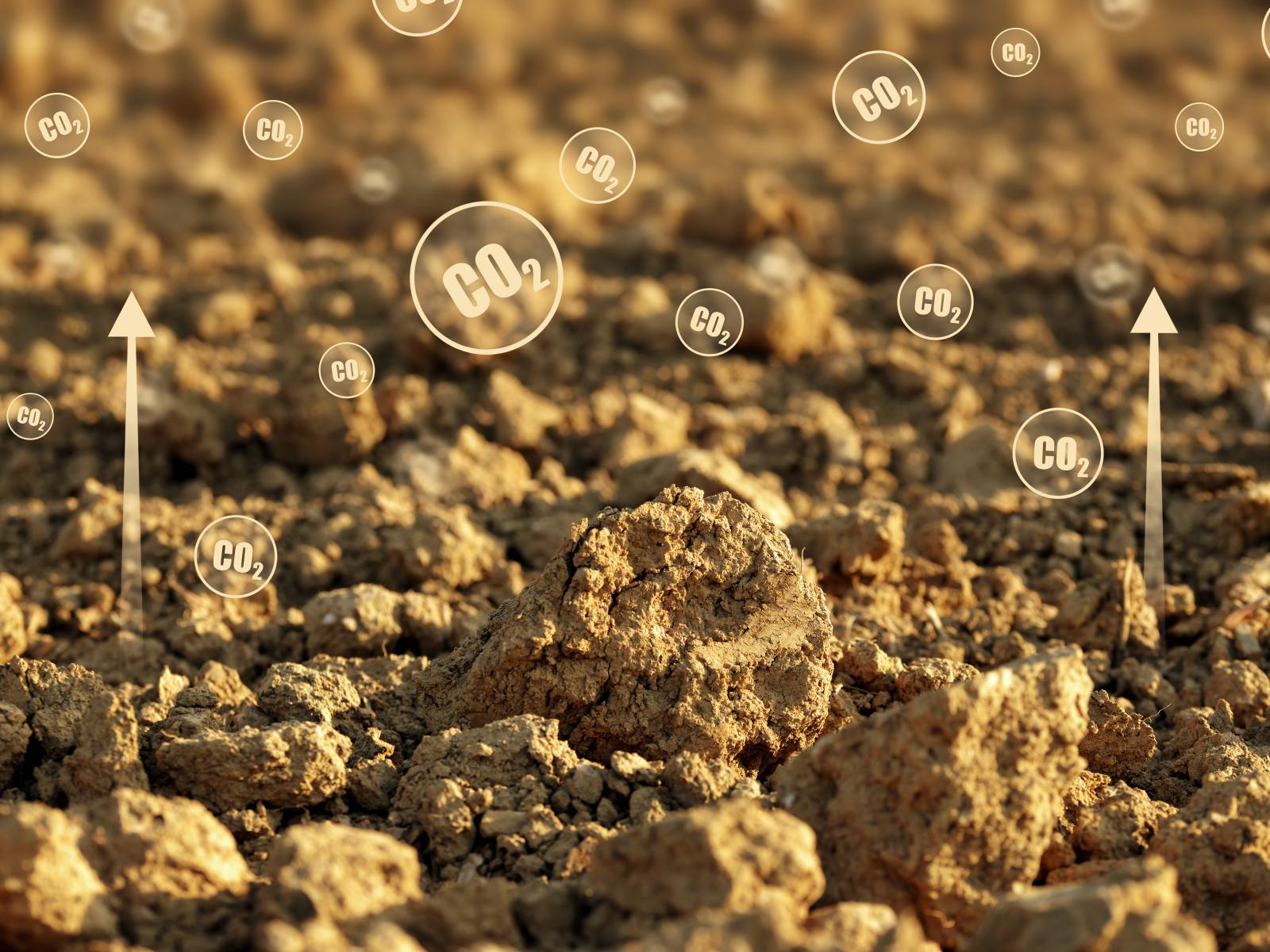 Microbial activities projected from bulk measurements are always higher than when models account for space within complex soil pore networks.

Soils act as a vast carbon storehouse that could also be a huge source of greenhouse gas emissions. Microbes within the soil control carbon emissions via cellular respiration, which feeds on surrounding carbon. Oddly, microbes’ metabolic activities are generally substrate (carbon) limited. This contradiction creates significant challenges in the development of models that predict carbon dioxide (CO2) emissions from soil. This project used a spatial modeling analysis to demonstrate how distance among the diverse components of soil impacts microbial access to substrate—its nourishment—and thus respiration rates at micrometer scales. Findings indicate that contrary to previous predictions, there are fewer CO2 emissions when the distribution of substrates is varied.

Soil contains twice as much carbon as all vegetation on Earth and far more than is currently in the atmosphere as CO2. Predicting how carbon is stored in soil and released as CO2 is a critical calculation in understanding future climate dynamics. This study used novel numerical experiments to examine how the respiration of microbes in soil should be modeled. Results show that simulations must acknowledge the proximity of microbes and substrates within the soil in order to accurately predict carbon emissions.

This research was supported by the Department of Energy, Office of Science, Biological and Environmental Research program as part of the Environmental System Science Program. The Pacific Northwest National Laboratory is operated for DOE by Battelle Memorial Institute under contract DE-AC05-76RL01830.