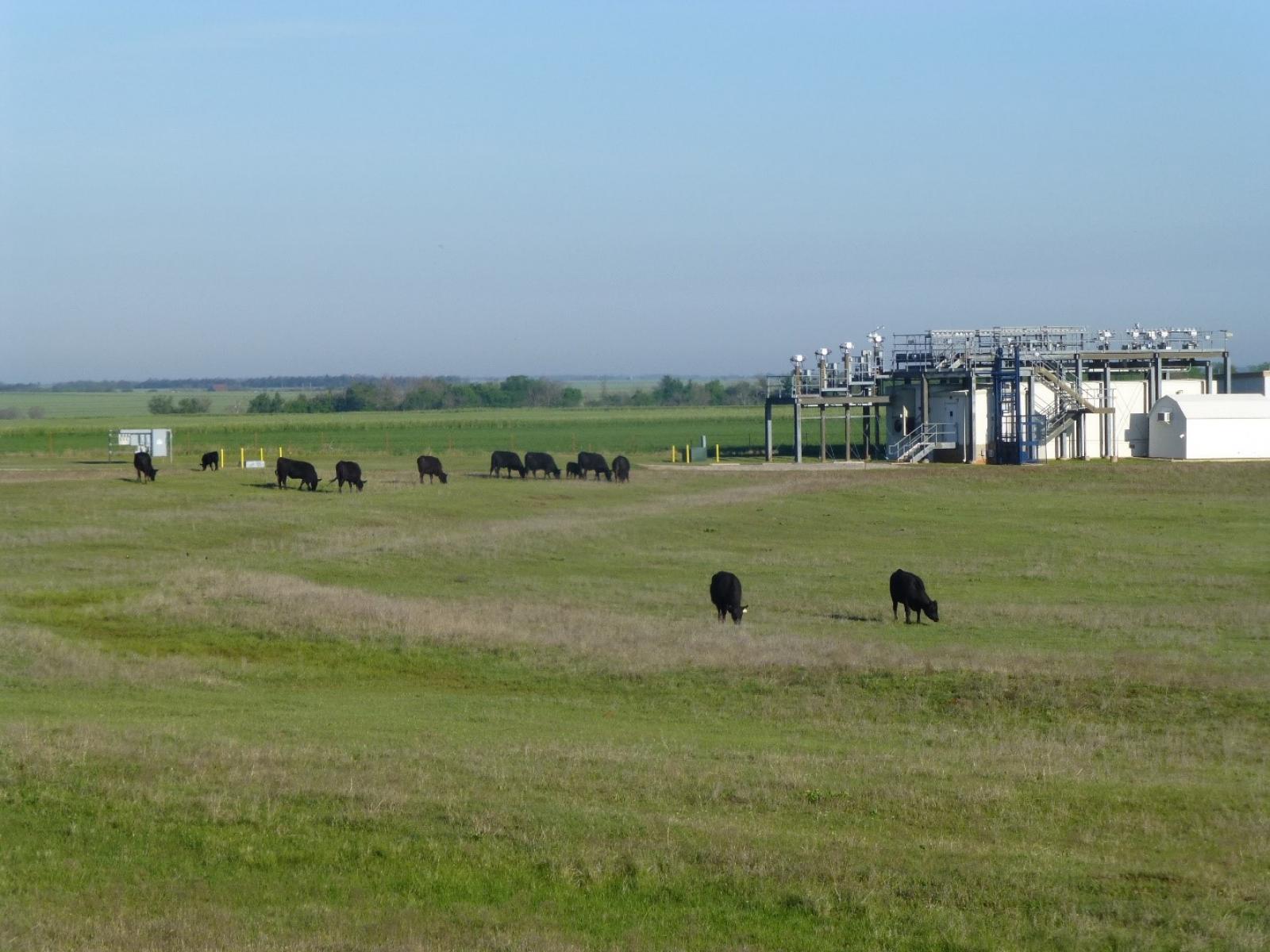 Aerosol particles affect visibility, human health, climate change and are required for cloud droplet formation, so understanding how they form is important. Researchers investigated the chemical composition and sources of aerosol at the Atmospheric Radiation Measurement (ARM) user facility’s Southern Great Plains (SGP) site. They contrasted the characteristics of aerosols observed in the spring and summer and analyzed mass spectrometry data and back trajectories to investigate aerosol chemical composition and aerosol sources. Organic aerosol (OA) was the most abundant particulate component, with significantly higher concentrations in summer than in spring. The OA was highly oxygenated, suggesting that it underwent atmospheric reactions.

OA represents a substantial and often dominant fraction of the total fine aerosol mass in urban, rural, and remote environments. These aerosols affect radiation and clouds through complex atmospheric interactions that ultimately impact climate. Highly oxygenated secondary organic aerosol and aerosol derived from isoprene oxidation were the largest contributors to the total OA. These observations suggest that biogenic emissions play the dominant role in formation of OA at the SGP site during the Holistic Interactions of Shallow Clouds, Aerosols, and Land-Ecosystems (HI-SCALE). The mixture of anthropogenic, biogenic, and biomass burning OA sources at the SGP site provides an opportunity to better understand the chemical mechanisms that produce OA and rigorously evaluate predictions of how particulate matter impacts precipitation and climate.

Mass spectroscopy-based observations were collected at ARM’s SGP ground site during the HI-SCALE field campaign in 2016 (April-May and August-September). Two different mass spectrometers were deployed to characterize the chemistry of aerosol particles and trace gases during the campaign. Contributions from various aerosol sources, including biogenic and biomass burning emissions, were retrieved using factor analysis of the aerosol mass spectrometer data. The organic aerosols at the SGP site were highly oxidized and OA produced in the atmosphere from the oxidation of organic gases were the dominant factors for both the spring and summer though more aged in spring. Biomass burning events during the spring episodically contributed a large fraction of OA and fresh anthropogenic emissions were a small fraction of the total. Unlike other regions largely impacted by a specific compound known as isoprene-epoxydial that is produced from tree emissions, the observed secondary OA associated with IEPOX was more highly oxygenated—likely due to the relatively weak local isoprene emissions. Biogenic emissions appeared to largely control the formation of OA during the HI-SCALE campaign. These observations identifying aerosol sources can help constrain and test aerosol models and their predictions.

This work was supported by the ARM user facility and the Environmental Molecular Science Laboratory; both are U.S. Department of Energy (DOE) Office of Science user facilities managed by the Biological and Environmental Research Program.