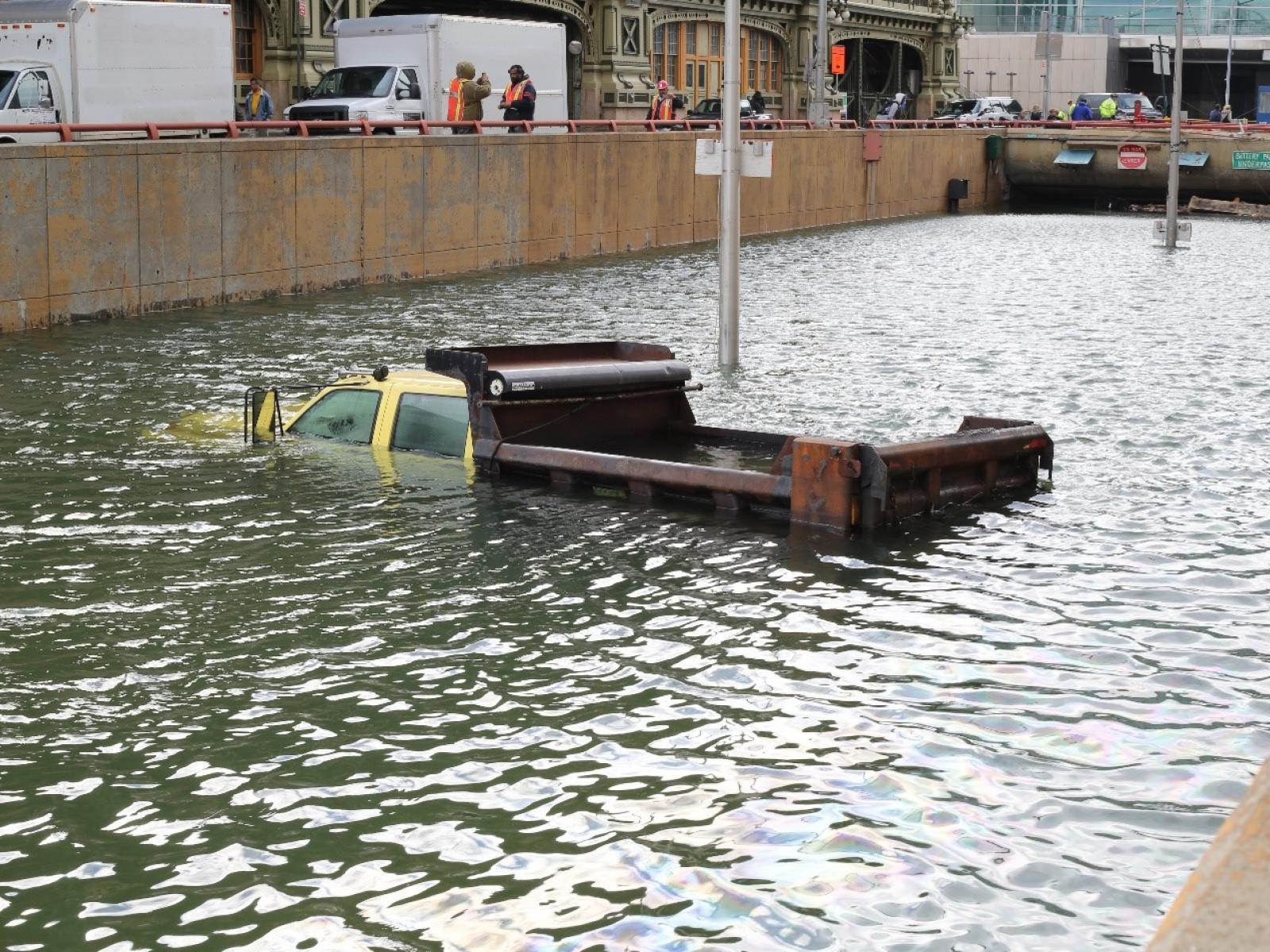 The nonlinear interactions between tides, surges, and rivers play important roles in transitioning flooding, which can shift along estuaries based on the balance between river flow and storm surge forcing.

Tropical cyclones (TCs) can generate extreme coastal storm surges and river flooding, causing devastating damage to coastal communities. However, little is known about how interactions between storm surges and river floods exacerbate coastal flooding, especially at the top of high tides. Through a detailed modeling analysis of the Delaware Bay Estuary (DBE), researchers separated the total water level (TWL) induced by storm surge, river flow, and tides into components to investigate the contributions of the different factors and their interactions to coastal flooding. Based on the simulation results, researchers identified three distinct zones along the DBE, including a transition zone where the interaction of a river flood and storm surge can result in compound flooding.

Low-lying coastal areas in the mid-Atlantic region are subject to TC-induced compound flooding due to the co-occurrence of river floods and coastal storm surges. Increasing coastal resilience to compound flooding necessitates understanding the effect of different factors on compound flooding and the spatial distribution of TWLs in the estuary. This research identified three different zones in the DBE where floods are dominated by river flow (upstream), storm surge (downstream), and a combination of the two (transition). Information obtained from this study can be used to support the development of adaptation and mitigation strategies for coastal communities.

This study investigated the effect of nonlinear interactions on coastal compound flooding induced by the co-occurrence of river floods and coastal storm surges in the DBE using a 3-D, high-resolution storm surge model. Specifically, the coastal flooding, or TWL, induced by historical extreme weather events—Hurricanes Irene (2011), Sandy (2012), and Isabel (2003) and Tropical Storm Lee (2011)—were simulated and analyzed. Simulated water levels were decomposed to astronomical tides, the low-frequency surge, and nonlinear interactions. The effects of the nonlinear interactions on the TWL were further analyzed. Model results show that the DBE can be divided into three zones: the river dominated, the storm surge dominated, and the in-between transition zones. Analysis results indicate the effect of tide–surge–river interactions on TWL in the transition zone was more noticeable during compound flooding events. Sensitivity analyses also indicate that the transition zone of compound flooding shifts downstream as river flow increases.

This work was supported by the MultiSector Dynamics, Earth System Model Development, and Regional and Global Modeling and Analysis program areas of the Biological and Environmental Research program as part of the multiprogram, collaborative Integrated Coastal Modeling project. All model simulations were performed using resources available through Research Computing at Pacific Northwest National Laboratory.