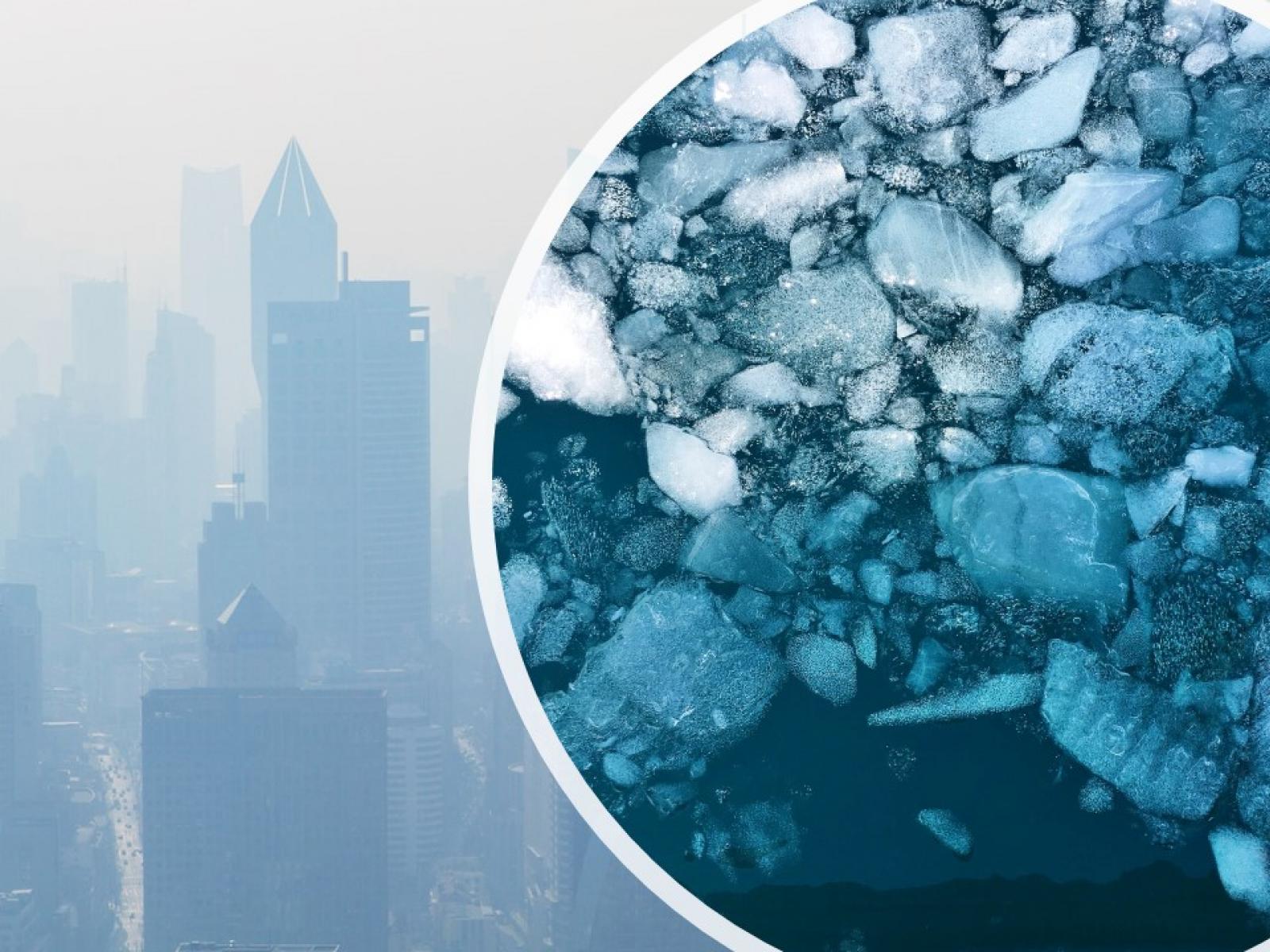 Photos by Holger Link and Cassie Matias on Unsplash.

The Arctic has been experiencing the most dramatic environmental changes on the planet. Temperature increases are three to four times larger than other parts of the world, and sea ice is declining rapidly. There are diverse opinions on whether—and how drastically—changes in the Arctic can affect the environment, weather, and climate extremes at lower latitudes. Now a study led by researchers at the U.S. Department of Energy’s Pacific Northwest National Laboratory reveals physical mechanisms that link declining Arctic sea ice to increasing winter air stagnation and pollution extremes in China based on Earth system modeling results.

The study provides a clear explanation for a teleconnection relationship between the Arctic and midlatitude weather systems that affect our environment. The relationship is also relevant to the predictability of sub-seasonal to seasonal weather. The explanation for changes to the meteorological conditions that support worsening pollution, such as increased stagnation and decreased ventilation of air near the surface, are also germane to decision makers concerned with air quality management and pollution mitigation.

They changed sea ice concentrations and sea surface temperatures over the whole Arctic and three subregions of the Arctic Ocean in various combinations and sequences of model simulations. The results indicate distinct responses in circulation patterns to the changes in sea ice concentration and sea surface temperature that differed by region. The strongest impacts on winter pollution events occur from changes taking place north of the Pacific in the Arctic regions known as the East Siberian and Chukchi Seas. Winter stagnation extreme events increased in frequency by about 132% and in intensity by about 30%.

The increased air stagnation extremes are mainly driven by an amplified planetary teleconnection pattern (Eurasian pattern) that links climate anomalies in the pressure field across the Eurasian continent. The anomalous ridge of the Eurasian pattern (high pressure system) over East Asia in the middle and upper troposphere worsens regional ventilation conditions by weakening near-surface northwesterly monsoon winds and increasing temperature inversions, leading to more frequent and intense air stagnation and pollution extremes over eastern China in winter. This response was not unique to the WACCM model. Evaluation of an ensemble of state-of-the art Earth system models participating the Coupled Model Intercomparison Project Phase 6 corroborate this teleconnection relationship between Arctic environmental changes and midlatitude weather extremes, though the tendency and magnitude varied considerably among the participating models

This research has been partially supported by the U.S. Department of Energy Office of Science, Regional and Global Climate Modeling Program as part of the HiLAT-RASM project.