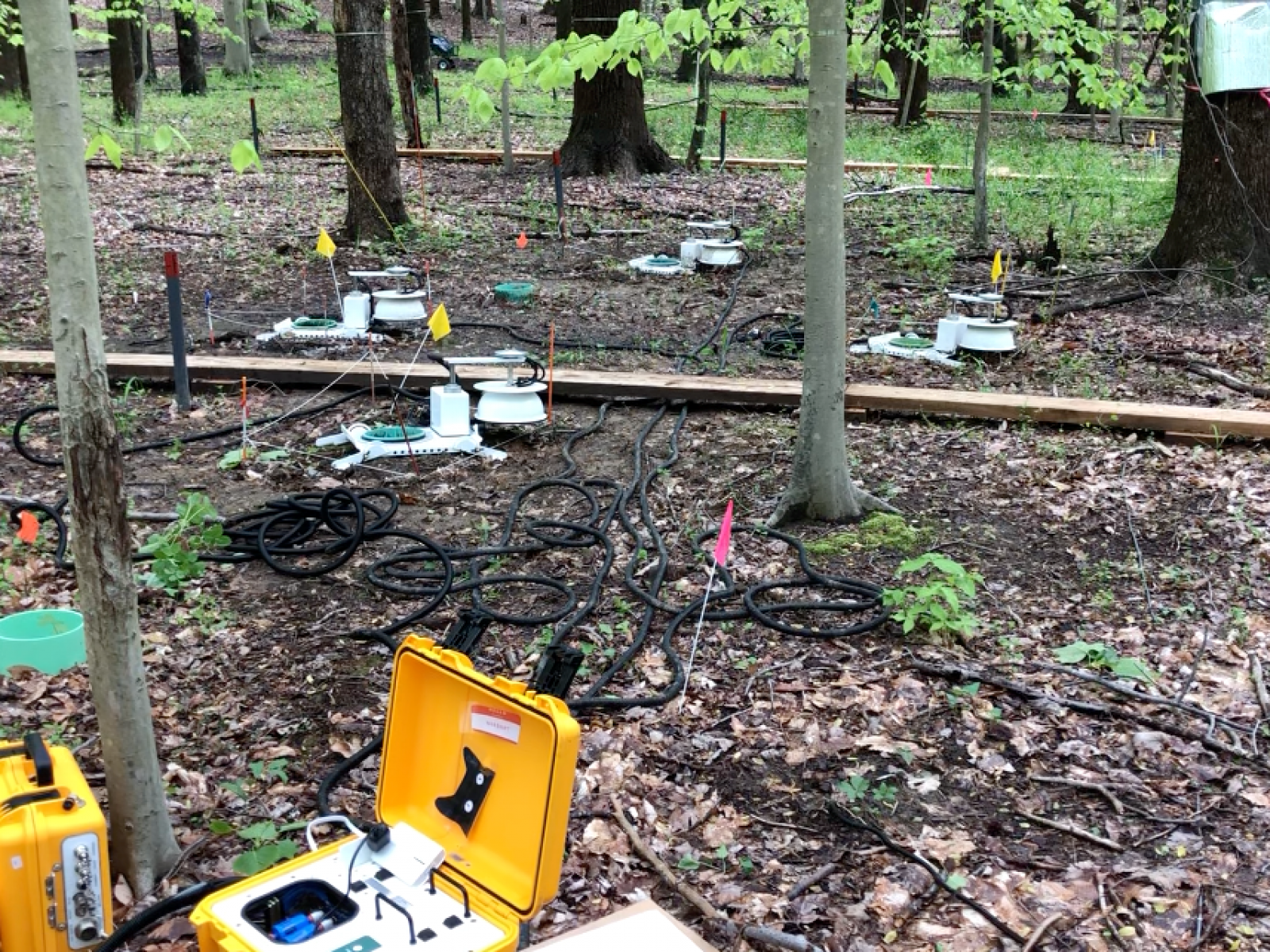 The COSORE database focuses on observations of the exchange of CO2 and/or CH4 between the soil and atmosphere made by automated systems. This shows one such system operating four chambers (in background) at the Smithsonian Environmental Research Center near Edgewater, MD.

Soils are a larger global store for carbon than the atmosphere, making it critical to understand how they will respond to ongoing climate change. The exchange of greenhouse gases between the soil and the atmosphere is a key part of how carbon leaves the soil. While various groups have collected increasing amounts of data, those potentially useful datasets are scattered and often challenging to access. To fill this void, researchers designed and built the COSORE (COntinuous SOil REspiration) database to store consistent data from high frequency soil-atmosphere gas flux measurements. It focuses on storing automated, continuous, and/or long-term datasets, and is intended to serve as a community resource for Earth sciences, climate change studies, and model evaluation.

The inaccessibility of, and incompatibilities between, soil-atmosphere flux datasets make it difficult to perform meta-analyses that provide robust model benchmarks and increase understanding of ongoing carbon-cycle changes in the Earth system. The 8+ million flux observations already available in COSORE open up numerous new possible research applications, including understanding how plants and soil interact, the coupling of photosynthesis and later soil respiration, the validation of atmosphere-based carbon-balance measurements, and how soil gas emissions change with extreme climate events and rising atmospheric carbon dioxide concentrations.

The exchange of greenhouse gases (GHGs) between soil and the atmosphere constitutes a significant component of global carbon and biogeochemical cycling, with the two most commonly measured GHGs: carbon dioxide and methane. In the last 30 years, many continuously operating automated systems measuring GHG fluxes have come online, but the resulting data are fragmented, widely dispersed, and frequently unavailable. COSORE is an internally consistent and accessible database primarily focused on continuous soil respiration flux data that can also accommodate other datasets, including methane fluxes and other parts of the carbon cycle. COSORE’s design emphasizes the importance of reproducibility, scientific transparency, and open access to data.

This research was supported by the U.S. Department of Energy, Office of Science, Biological and Environmental Research program (BER) as part of the Terrestrial Ecosystem Sciences program.