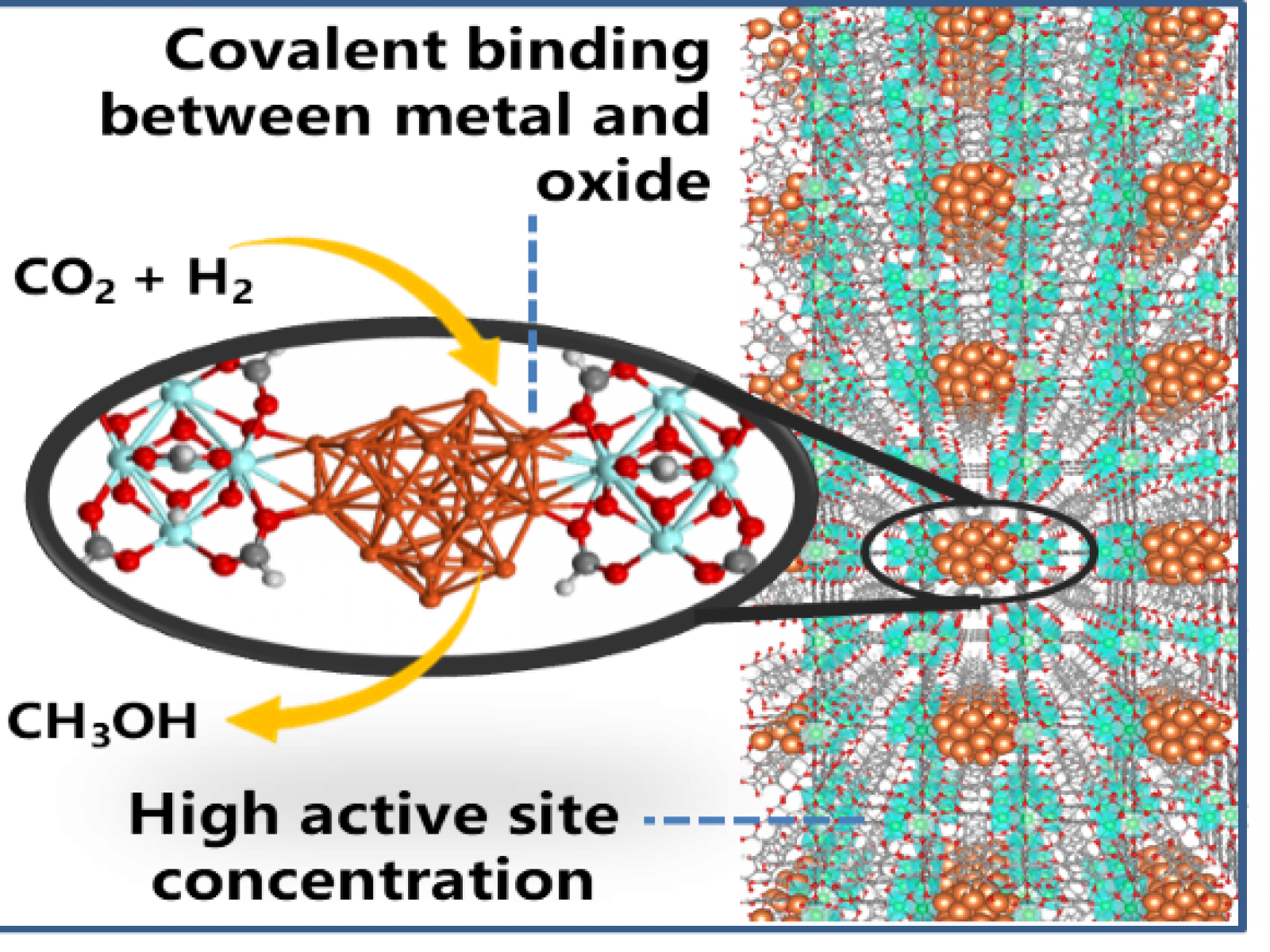 Finding ways to create useful fuels from carbon dioxide (CO2) is a key step in moving toward a carbon neutral energy future. These multi-step transformations are very challenging and finding a selective system that can operate over a wide range of temperatures is essential to make this process commercially viable. Reports show that copper-metal oxide systems are stable and selective, but much remains unknown about how and why they work. Work using a zirconium oxide-based metal-organic framework (MOF) with direct bonds to copper nanoparticles found that direct linkages between the copper and the metal oxide promoted CO2 binding. Once the CO2 was bound, the copper nanoparticles could then act as catalysts and convert the CO2­ to the desired products.

Understanding the atomic-level details of catalytic reactions is critical for rationally designing better catalysts. Identifying the importance of having both copper-oxygen-zirconium (Cu-O-Zr) bonds and clusters of copper adds them to a list of design principles for future materials. The development of a process that generates MOFs with directly bonded metal nanoparticles will serve as a template for future work using different MOFs and metal particles.

A new synthesis of a MOF with covalently bound copper nanoparticles (Cu-MOF) was developed. Various X-ray techniques identified a significant Cu-O-Zr bonding character in the novel Cu-MOFs, whereas a MOF prepared using established methods showed minimal Cu-O-Zr bonding. The new Cu-MOFs demonstrated notably higher catalysis than any of the comparison catalysts with a 30% selectivity for methanol compared to CO production. Theoretical calculations found that the bonded Cu-O-Zr interface leads to favorable CO2 binding which was not observed based on mere proximity. This sufficiently strong substrate binding allows the copper nanoparticle to catalyze the reaction at low temperatures. The Cu-MOF structure shows no signs of degradation after catalysis. While currently only used for a single metal nanoparticle and MOF, this new method provides a template that can be applied to a wide range of both MOFs and nanoparticles. The insights on the role of interfacial bonding can serve as guiding principles for future catalyst development.

The authors gratefully acknowledge support for this work from the Inorganometallic Catalyst Design Center, an Energy Frontier Research Centers funded by the U.S. Department of Energy (DOE), Office of Science, Office of Basic Energy Sciences (DE-SC0012702). Y.Z., L.K., D.M.C., J.F., and O.Y.G. acknowledge support from the DOE Office of Science, Office of Basic Energy Sciences, Division of Chemical Sciences, Geosciences and Biosciences (Transdisciplinary Approaches to Realize Novel Catalytic Pathways to Energy Carriers, FWP 47319). Portions of this work were performed at the William R. Wiley Environmental Molecular Sciences Laboratory, a national scientific user facility sponsored by the DOE’s Office of Biological and Environmental Research and located at Pacific Northwest National Laboratory. This research used resources of the Advanced Photon Source, an Office of Science User Facility operated for the DOE Office of Science by Argonne National Laboratory, and was supported by DOE (under Contract No. DE-AC02-06CH11357) and the Canadian Light Source and its funding partners. X-ray adsorption spectra were acquired with the help of Dr. Mahalingam Balasubramanian. 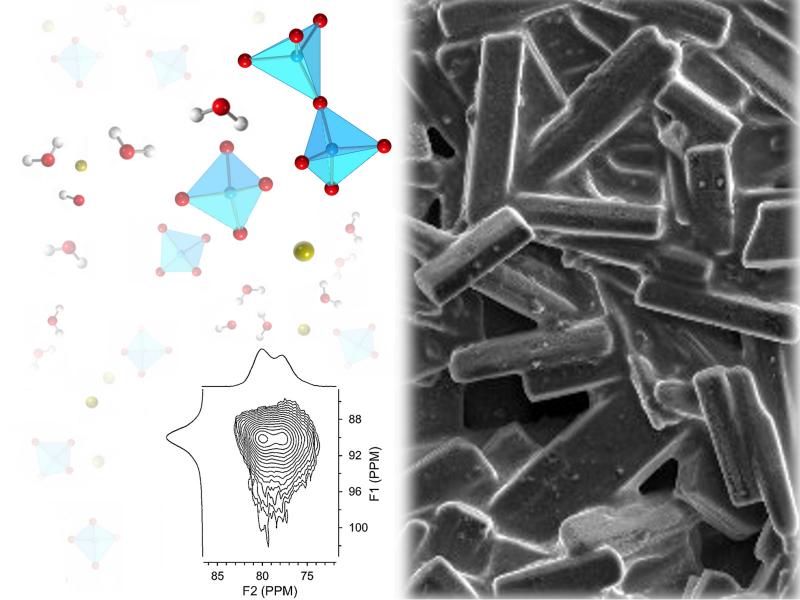 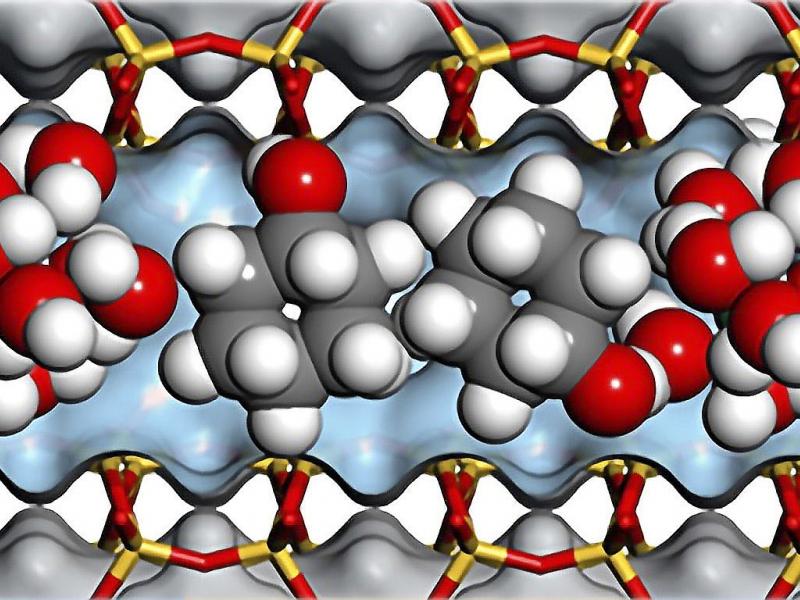 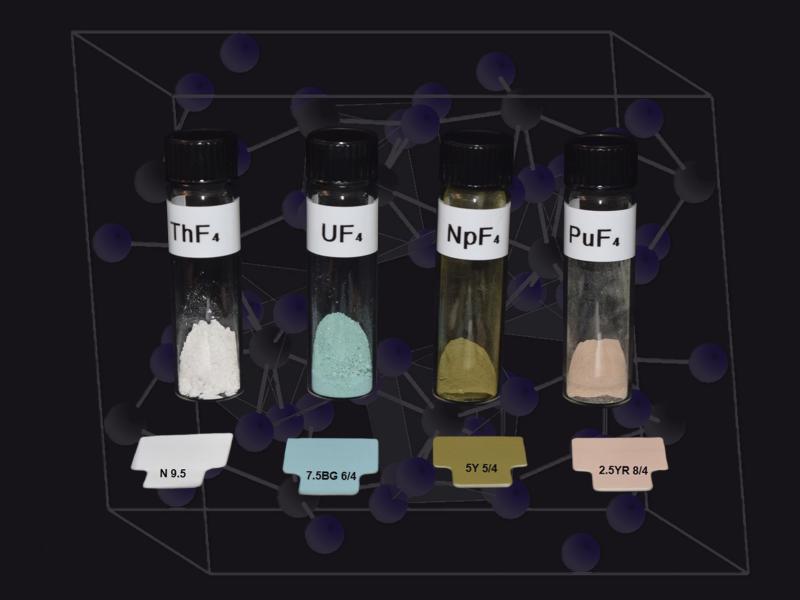