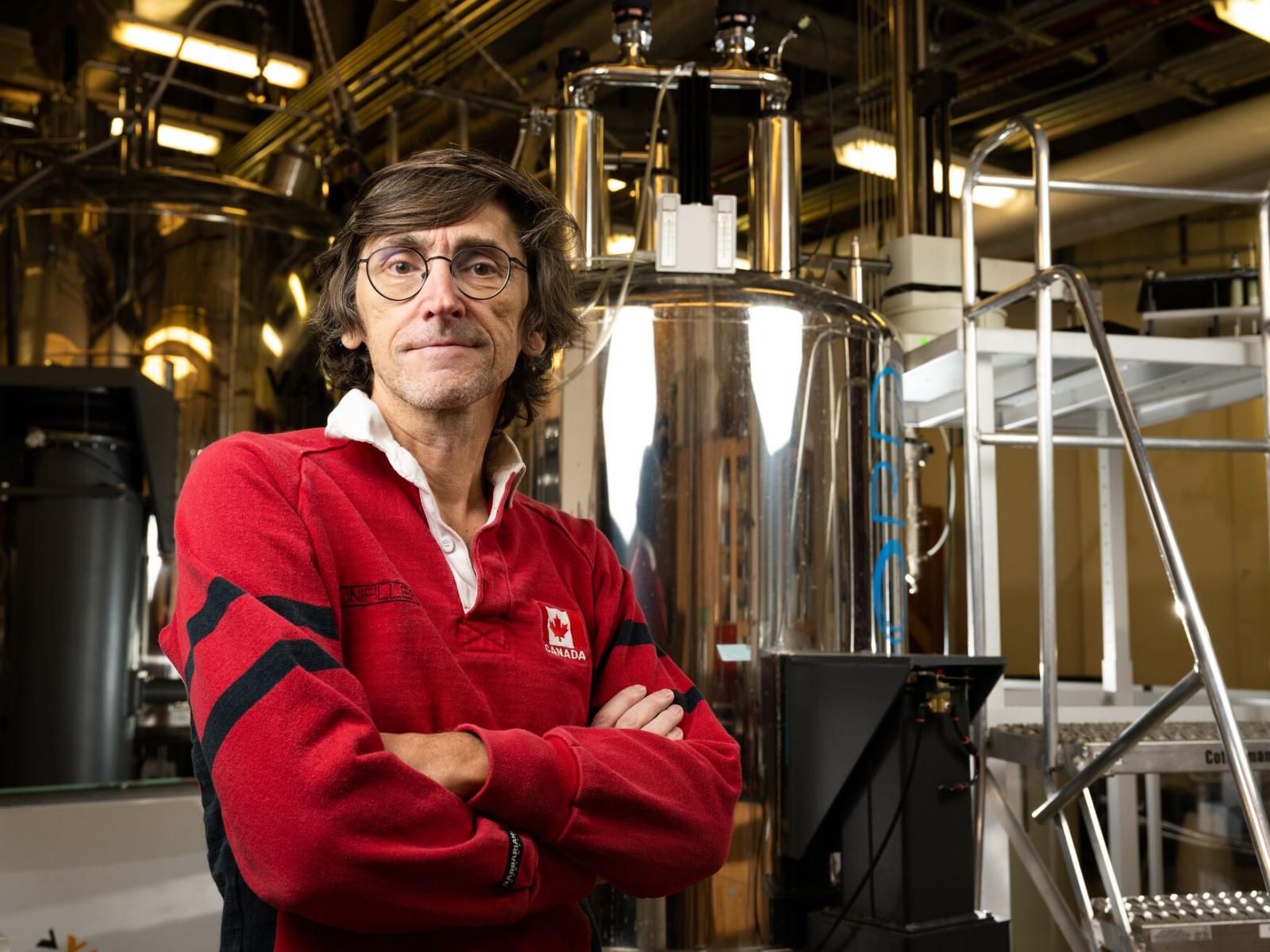 Garry W. Buchko is a physical biochemist who first joined PNNL as a postdoctoral fellow with Dr. Michael Kennedy in 1995, and he was promoted to senior scientist in 2001. In 2017, he accepted a joint appointment as an associate professor with the School of Molecular Biosciences at Washington State University (WSU). He received his MS in chemistry at McMaster University (1986) under the supervision of Drs. Russell Bell and the late Tom Nelson, pioneers in the field of ribonucleic acid synthetic chemistry. This was followed by a doctorate degree in chemistry at the University of Manitoba (1989) with Dr. Frank Hruska, a pioneer in using nuclear magnetic resonance (NMR) spectroscopy to study nucleic acid sugar conformations.

Since 2007, a major part of Buchko’s research has been associated with the SSGCID, one of two Structural Genomics Centers established by NIAID to solve protein structures from organisms causing infectious disease. Both centers actively engage with infectious disease researchers to select community request (CR) targets for entry in their structure determination pipelines and to collaboratively interpret and publish results from successful structure determinations. SSGCID target selection focuses on essential enzymes, virulence factors, drug targets, and vaccine candidates from numerous bacterial, eukaryotic, viral pathogens. In general, target genes are polymerase chain reaction amplified, cloned, and screened for soluble expression in Escherichia coli. Proteins are then purified in milligram amounts, screened for crystallization, and analyzed by X-ray diffraction using an in-house source or off-site synchrotron beam-line. Proteins <25 kDa in molecular weight that fail to crystallize are queued for structure determination by NMR. In 2018, cryo-EM was added to our suite of structure determination capabilities. Since project inception in late 2007, over 6,000 targets have entered the SSGCID structure determination pipeline, of which >4000 are CRs, resulting in deposition of nearly 1,200 protein structures in the Protein Data Bank. In addition, more than 8,000 expression clones and 4,000 purified proteins are publicly available free of charge. Target-to-structure success rates vary considerably between genera (1-17%) and about one third of all SSGCID structures contain bound ligands. Each year, ~25-50 high value targets from CRs enter several rescue pathways, including protein truncation or mutagenesis, selection of orthologues from related species, and use of yeast, baculovirus and/or mammalian expression systems. In addition to the CR target pipeline, SSGCID has initiated >60 community research projects with collaborators from the scientific community and from these, undertake three functional studies each year using structural data to guide hypothesis-driven experimental approaches aimed at elucidating the function of selected targets. New targets and new functional studies are continuously being solicited. Contact Buchko if your research would benefit from structural data.

Most people have visited a dentist in their lifetime due to damage to the 1-2 nm layer of enamel on the surface of their teeth. By understanding the molecular mechanism of the biomineralization process that generates enamel in vivo, it may be possible to repair or regenerate enamel more efficiently.

Made of ~95 mineral by weight, tooth enamel is one of nature’s hardest tissues. The exceptional strength and robust mechanical properties of enamel arise from the weaving of long and narrow hydroxyapatite crystals into a unique lattice architecture composed of tightly packed parallel arrays (enamel rods). In vertebrates, this highly coordinated, dynamic, biomineralization process (amelogenesis) occurs in an enamel matrix secreted by specialized cells called ameloblasts. At the early stages of amelogenesis, the dominant organic component (~90%) in the enamel matrix is an ~180-residue protein called amelogenin that orchestrates the mineralization of apatite crystals via a poorly understood molecular mechanism. To address the impact of amelogenin’s structure in orchestrating biomineralization Buchko's team is employing a suite of diverse, non-conventional techniques to characterize the structure of amelogenin in both the solution- and solid-state. These techniques center around solution- and solid-state NMR spectroscopy and atomic force microscopy. The ultimate results of understanding how amelogenin works in vivo is the predictive synthesis of functional materials tailored by macromolecular design.

Protein NMR spectroscopy – Solution structures and much, much more

Structure solution by NMR depends on two main quantum-mechanical properties of proteins: 1) the chemical shifts of 1H, 13C, and 15N atoms are very sensitive to their chemical environment, and 2) distance information obtained from the through-space dipolar interactions between protons. The later interaction results in something called the nuclear Overhauser effect, or NOE, and the strength of this signal is inversely proportional to the 6th power of the distance between the two nuclei. Proteins contain a lot of protons. Using of a suite of two-, three-, and even four-dimensional NMR experiments, it is possible to assign most of the protons (along with the 13C and 15N atom resonances) and collect NOE values for all the protons that are generally within 6 Å of each other in space. This NOE distance restraint and chemical shift information, along with other restraints (commonly torsion angles) are fed into a computer program (eg:  CYANA, XPLOR-NIH) to generate, through an iterative process, an ensemble of structures that satisfies all the experimental data. The quality of these structures are assessed by online programs, such as PSVS. Data collection often requires a significant amount of high-field NMR spectrometer time (commonly 4-6 weeks) and data analysis still requires a large human component (time consuming). While structural information can be obtained for proteins larger than 25 kDa, these efforts require more exotic isotope labeling strategies and NMR experiments.

Solution NMR spectroscopy may be applied to solve a wide range of problems other than structure solution; foremost is its use in studying dynamics at atomic resolution over a range of time scales. Associated with dynamics, NMR spectroscopy is the primary technique used to discover and study intrinsically disordered proteins, a group of proteins with a wide variety of roles that may occupy ~ 25% of all protein-space. NMR spectroscopy can be used to map protein-ligand and protein-protein interactions. Due to its sensitivity, affinity in the 100 uM to mM range, it is routinely used in high through-put screens of small molecule libraries for drug discovery. Paramagnetic species shift or broaden the chemical shifts of near-by nuclei. Their introduction into specific sites on a protein can be exploited in a variety of experiments to probe distances and dynamics. Consequently, even if a crystal structure exists for a protein, a suite of NMR experiments are available to probe structure-function questions at the residue-level.