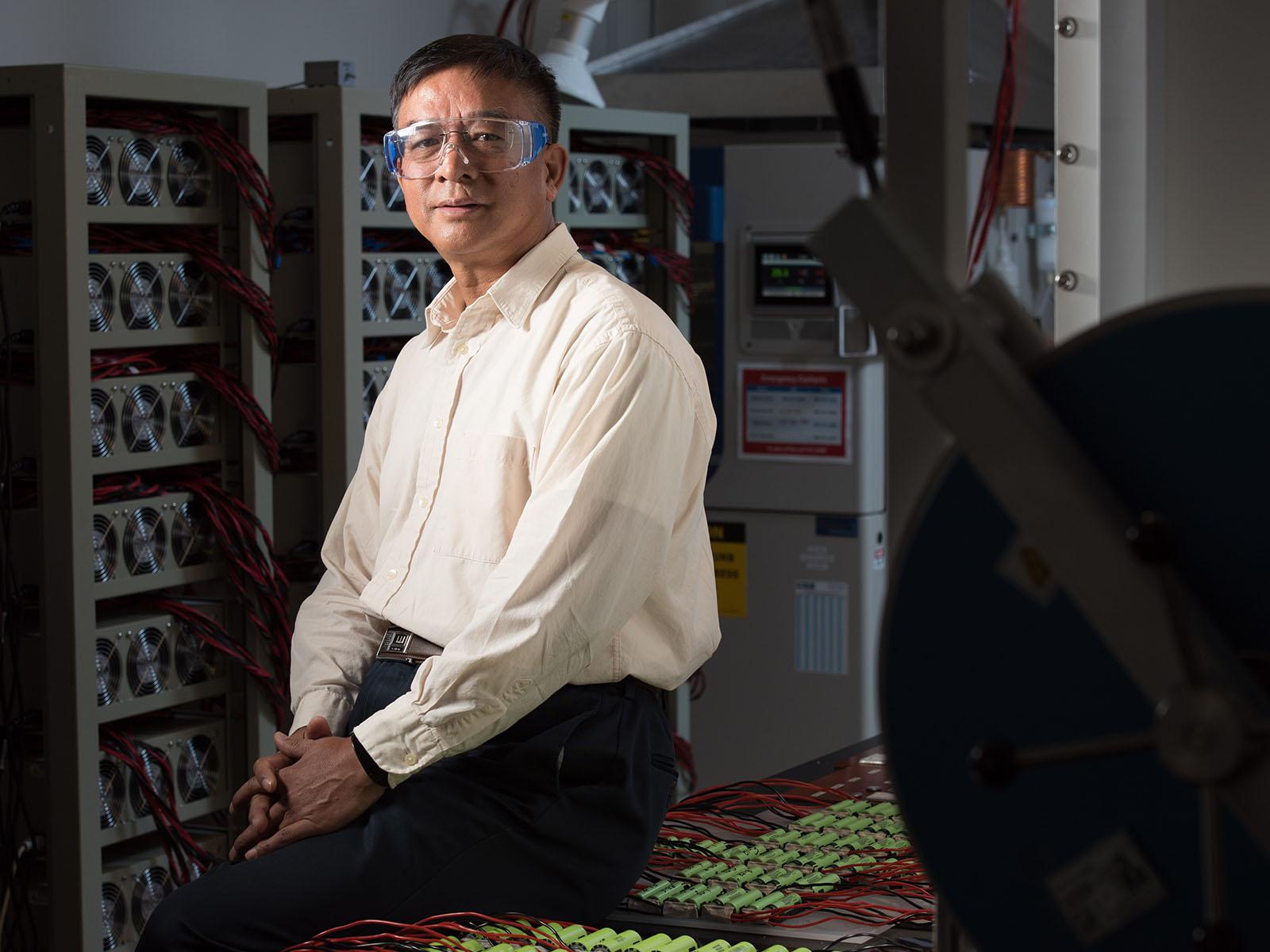 Energy storage expert Ji-Guang (Jason) Zhang has been named the 2019 Inventor of the Year by Pacific Northwest National Laboratory (PNNL).

Zhang received the honor at the Laboratory’s annual Pathways to Excellence event on September 17. The event, held virtually this year, recognizes staff members who received major awards, contributed to patents, and made key contributions to the Laboratory’s research.

Zhang, a Laboratory Fellow, has devoted more than 25 years to pioneering work in developing energy storage devices, including a wide spectrum of lithium-metal and lithium-ion batteries as well as thin-film, solid-state batteries.

He led a team that developed a series of novel electrolytes that allow lithium-metal batteries to operate with much higher efficiency than those equipped with conventional electrolytes. The concept for this new electrolyte has been extended by Zhang and his collaborators to other battery systems, such as silicon- and graphite-based lithium-ion batteries and sodium batteries, significantly extending those batteries’ life cycles.

The new electrolyte concept has led to seven patent applications and 21 publications in high-impact journals. Eventually, these electrolytes could be used to further improve the energy density and lifetime of lithium-ion batteries that power electric cars, electronic devices, and other equipment.

Since joining PNNL in 2007, Zhang has been awarded 23 U.S. patents and eight foreign patents. He has published more than 330 papers in professional journals, and he has been named a Highly Cited Researcher in the category of Materials Science in 2015 and 2017 through 2019 by Clarivate Analytics. Zhang has also contributed to the development of two technologies that received R&D 100 Awards, which recognize the top 100 most innovative technological breakthroughs for that year.

Much of Zhang’s research is supported by the U.S. Department of Energy’s Vehicle Technologies Office.