The Value of Wind Energy 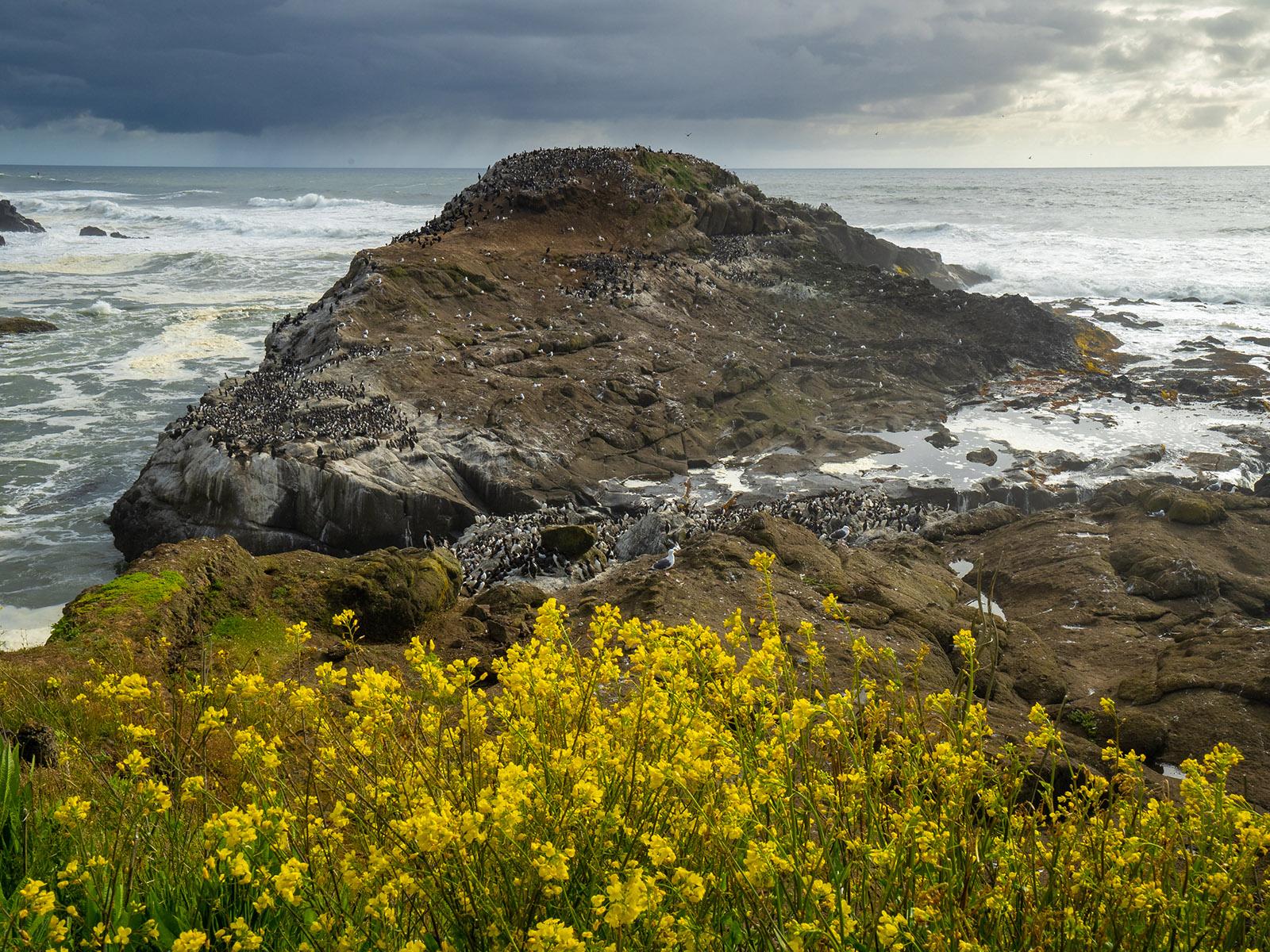 Wind energy offers logistical, economic, and environmental benefits to the Oregon Coast and across the Pacific Northwest, as well as to remote villages in Alaska, according to two studies performed by researchers from Pacific Northwest National Laboratory.

Two teams of researchers from Pacific Northwest National Laboratory (PNNL) have shown that wind energy offers logistical, economic, and environmental value to consumers and utilities from the coast of Oregon to remote villages in Alaska.

In the first study of the grid impacts of offshore wind energy in Oregon, a PNNL team paired offshore wind resource potential from the Oregon coastline with other variable renewable energy sources, including land-based wind and solar. The study helped the team understand how offshore wind could serve electricity demand within Oregon’s transmission network and across the Pacific Northwest.

In the second study, a PNNL team analyzed the value of distributed wind—wind turbines installed near where their energy is consumed, such as for homes, businesses, and communities—for the small, remote community of St. Mary’s, Alaska. The study’s results could help inform utilities of the economic feasibility for installing wind in similar isolated microgrid systems in other remote villages. Additionally, the study revealed potential economic and environmental benefits for the village’s electricity consumers.

Both studies, which were published in the journal Energies, illustrate PNNL’s growing expertise in assessing the value that renewable energy brings for bolstering the grid.

Wind energy off the Oregon Coast

The rugged winds off Oregon’s coastline are some of the strongest in the nation, holding the potential for producing over 84 gigawatts of power—enough to supply a significant portion of that state’s power.

In 2021, the Biden Administration announced a national goal for deploying 30 gigawatts of offshore wind by 2030.

The state of Oregon has also instituted new clean energy policies, including the governor-issued Executive Order 20-04 to reduce and regulate greenhouse gas emissions; HB2021, which also requires electricity providers to reduce emissions 100 percent by 2040; and HB3375, which initiates planning for up to 3 gigawatts of floating offshore wind energy in Oregon’s federal waters by 2030.

Adding to the mix is the anticipated retirement of coal plants across the Western Interconnection—which includes Oregon, Washington, California, and more—over the next 20 years. Increases in vehicle and building electrification, as well as climate change—which impacts the seasonality of hydropower, a prevalent power source in the Pacific Northwest—round out the opportunities for offshore wind.

In this study, the team used a PNNL-developed valuation framework—a method for assessing the value of offshore wind. The framework was made up of a combination of historical wind attributes, a compatibility comparison of other variable renewable resources in the region, and electricity production cost models to create simulations for dispatching electricity generation resources across the region.

“Our study of coastal and regional electricity transmission flows showed that not only could offshore wind increase the reliability of electricity delivery to Oregon’s coastal communities, but deploying offshore wind opens up transmission capacity that could serve load centers throughout the Willamette Valley in western Oregon,” said Travis Douville, the PNNL renewable energy researcher who led the study.

This strategy could allow the existing electricity transmission corridor to provide additional generation from areas equipped with strong renewable energy resources, such as wind energy in the Columbia Gorge and southeastern Washington, Wyoming, Montana, or southeastern Oregon.

The team also discovered that offshore wind naturally matches hourly electricity load trends in Oregon better than land-based wind across each of the four seasons independently. It also complements land-based wind generated in the Columbia Gorge and southeastern Washington, primarily in the summer and also in the spring.

“We found that the Gorge wind could rely in part on offshore wind and less on hydropower for helping balance the electricity load on the grid,” said Douville. “This may be especially beneficial in the late summer months when river flows are at their lowest.”

Offshore wind was also shown to complement Oregon solar resources in the winter months, when electricity loads rise due to heating.

“We found that the Gorge wind could rely in part on offshore wind and less on hydropower for helping balance the electricity load on the grid." - Travis Douville, renewable energy researcher

The study was funded by the Bureau of Ocean Energy Management.

A new study, funded by the National Offshore Wind Research and Development Consortium and the Bureau of Ocean Energy Management, is focusing on understanding the clean energy, capacity, and resilience value of offshore wind in southern Oregon and northern California, as well as assessing operational impacts to system reliability and resilience.

The remote village of St. Mary’s, Alaska, houses a population of nearly 700 people. The village is located in western Alaska along the Andreafsky River near the junction of the Yukon River.

One source of electricity to this tiny community is diesel, which is costly to deliver to remote villages like St. Mary’s. Additionally, delivery schedules can often be impacted by weather or other hazards.

The diesel power plant serves not only St. Mary’s, but two other remote communities—Pitka’s Point and Mountain Village. The three remote village microgrids, while jointly connected, are isolated from any outside transmission system. In nearby Pitka’s Point, a 900-kilowatt standalone wind energy turbine is connected to the St. Mary’s microgrid and bolsters electricity to all three villages. This type of wind power is a source of distributed wind.

“We found that the largest benefit to AVEC is the avoided cost of diesel, which translates to $5.3 million in savings over the lifetime of the turbine,” said Sarah Barrows, the PNNL economist who led the study.

The team also found that the overall largest value stream is the economic benefits to the state of Alaska, from construction and operations and maintenance of the turbines over the lifetime of the distributed wind project—at an estimated $8 million.

Another significant benefit is the avoidance of carbon dioxide emissions, which are a “side effect” of diesel generator use, at a value of $2 million.

“We found that the largest benefit to AVEC is the avoided cost of diesel, which translates to $5.3 million in savings over the lifetime of the turbine." - Sarah Barrows, economist

“We didn’t include the value of other avoided pollutants in this study,” said Barrows. “So, there is likely additional value that is unaccounted for.”

However, Barrows pointed out, “We found that incentives, awards, and subsidies can help reduce high upfront costs that electric cooperatives like AVEC may not be able to overcome. Public funding appears to help the benefits outweigh the costs, with societal benefits totaling $9.8 million compared to the $5.4 million in federal and state awards that helped fund the St. Mary’s project.”

This study was supported by the Department of Energy’s Wind Energy Technologies Office. Learn more about PNNL’s work researching microgrids.