Unlocking the Secrets of Ebola 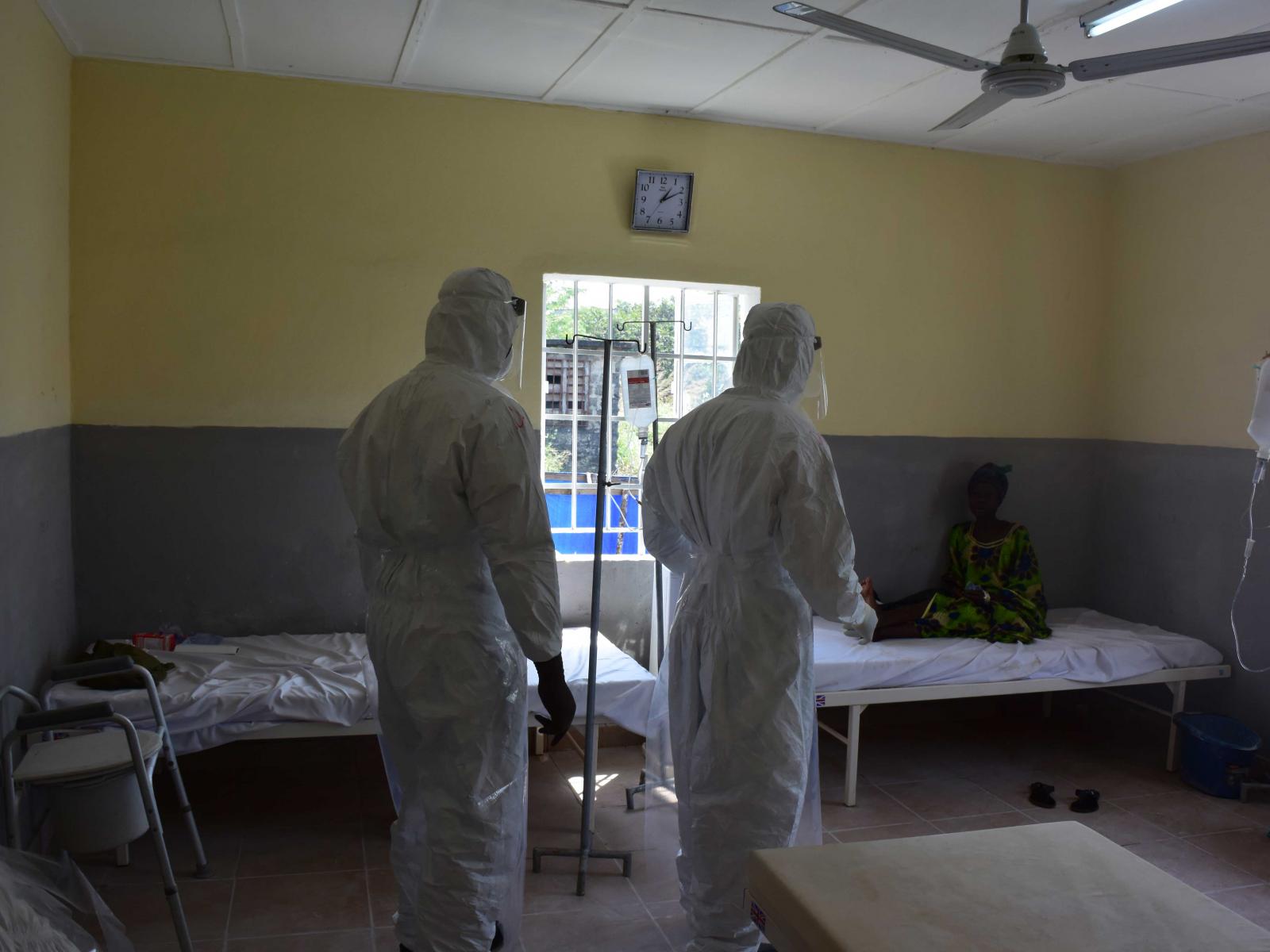 Health workers tend to a patient at one of Sierra Leone's military hospitals.

Scientists have identified a set of biomarkers that indicate which patients infected with the Ebola virus are most at risk of dying from the disease.

The findings could allow clinicians to prioritize the scarce treatment resources available and provide them to the sickest patients, said the senior author of the study, Yoshihiro Kawaoka, a virology professor at the UW-Madison School of Veterinary Medicine.

The team looked at activity levels of genes and proteins as well as the amounts of lipids and byproducts of metabolism. The team found 11 biomarkers that distinguish fatal infections from non-fatal ones and two that, when screened for early upon symptom onset, accurately predict which patients are likely to die.

"Our team studied thousands of molecular clues in each of these samples, sifting through extensive data on the activity of genes, proteins, and other molecules to identify those of most interest," said Katrina Waters, the leader of the PNNL team and a corresponding author of the paper. "This may be the most thorough analysis yet of blood samples of patients infected with the Ebola virus."

The team found that survivors had higher levels of some immune-related molecules and lower levels of others compared to those who died. Plasma cytokines, which are involved in immunity and stress response, were higher in the blood of people who perished. Fatal cases had unique metabolic responses compared to survivors, higher levels of virus, changes to plasma lipids involved in processes like blood coagulation, and more pronounced activation of some types of immune cells.

Pancreatic enzymes also leaked into the blood of patients who died, suggesting that these enzymes contribute to the tissue damage characteristic of fatal Ebola virus disease.

The scientists found that levels of two biomarkers, known as L-threonine (an amino acid) and vitamin-D-binding-protein, may accurately predict which patients live and which die. Both were present at lower levels at the time of admission in the patients who ultimately perished.

The team found that many of the molecular signals present in the blood of sick, infected patients overlap with sepsis, a condition in which the body — in response to infection by bacteria or other pathogens — mounts a damaging inflammatory reaction.

Analyses of proteins, lipids and metabolites in the blood samples were performed at EMSL, the Environmental Molecular Sciences Laboratory, a DOE Office of Science User Facility at PNNL.