Study suggests carbon stored in soil is entering atmosphere faster, thanks to microbes 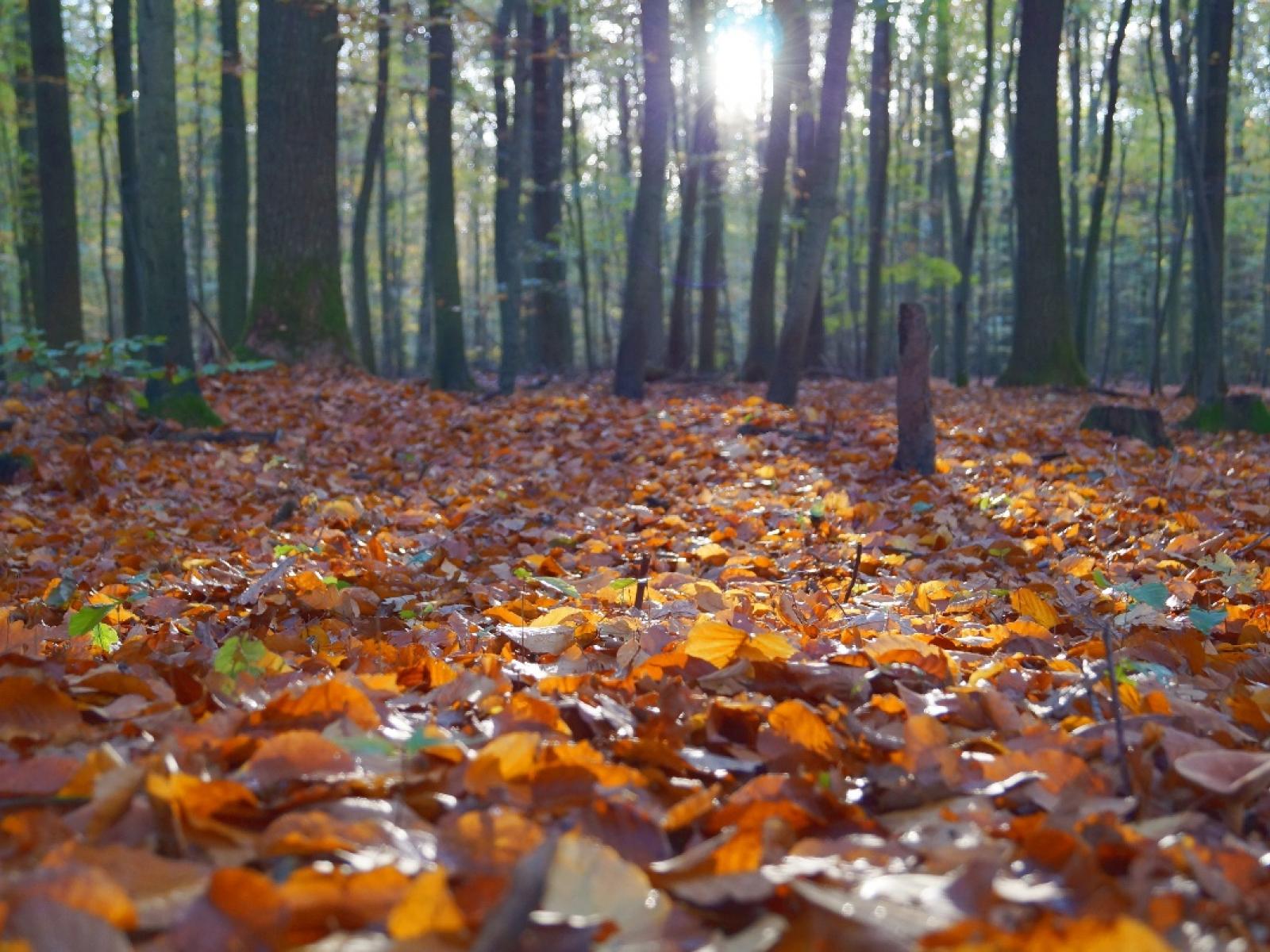 Dead leaves are a common source of carbon that makes its way into the soil and then into the atmosphere. A PNNL study shows that carbon in soil is entering our atmosphere at an increasing rate.

The vast reservoir of carbon stored beneath our feet is entering Earth's atmosphere at an increasing rate, most likely as a result of warming temperatures, suggest observations collected from a variety of the Earth's many ecosystems.

Blame microbes and how they react to warmer temperatures. Their food of choice — nature's detritus like dead leaves and fallen trees — contains carbon. When bacteria chew on decaying leaves and fungi chow down on dead plants, they convert that storehouse of carbon into carbon dioxide that enters the atmosphere.

Soils around the globe are responding to a warming climate, which in turn can convert more carbon into carbon dioxide which enters the atmosphere.

In a study published Aug. 2 in Nature, scientists show that this process is speeding up as Earth warms and is happening faster than plants are taking in carbon through photosynthesis. The team found that the rate at which microbes are transferring carbon from soil to the atmosphere has increased 1.2 percent over a 25-year time period, from 1990 through 2014.

While that may not seem like a big change, such an increase on a global scale, in a relatively short period of time in Earth history, is massive. The finding, based on thousands of observations made by scientists at hundreds of sites around the globe, is consistent with the predictions that scientists have made about how Earth might respond to warmer temperatures.

"It's important to note that this is a finding based on observations in the real world. This is not a tightly controlled lab experiment," said first author Ben Bond-Lamberty of the Joint Global Change Research Institute, a partnership between the Department of Energy's Pacific Northwest National Laboratory and the University of Maryland.

"Soils around the globe are responding to a warming climate, which in turn can convert more carbon into carbon dioxide which enters the atmosphere. Depending on how other components of the carbon cycle might respond due to climate warming, these soil changes can potentially contribute to even higher temperatures due to a feedback loop," he added.

Globally, soil holds about twice as much carbon as Earth's atmosphere. In a forest where stored carbon is manifest in the trees above, even more carbon resides unseen underfoot. The fate of that carbon will have a big impact on our planet. Will it remain sequestered in the soil or will it enter the atmosphere as carbon dioxide, further warming the planet?

To address the question, the team relied heavily on two global science networks as well as a variety of satellite observations. The Global Soil Respiration Database includes data on soil respiration from more than 1,500 studies around the globe. And FLUXNET draws data from more than 500 towers around the world that record information about temperature, rainfall and other factors.

"Most studies that address this question look at one individual site which we understand very well," said author Vanessa Bailey, a soil scientist. "This study asks the question on a global scale. We're talking about a huge quantity of carbon. Microbes exert an outsize influence on the world that is very hard to measure on such a large scale."

The study focused on a phenomenon known as "soil respiration," which describes how microbes and plants in the soil take in substances like carbon to survive, then give off carbon dioxide. Soils don't exactly breathe, but as plants and microbes in soil take in carbon as food, they convert some of it to other gases which they give off — much like we do when we breathe.

The team discovered a growing role for microbes, whose action is outstripping the ability of plants to absorb carbon. In the 25-year span of the study, the proportion of soil respiration that is due to microbes increased from 54 to 63 percent. Warmer temperatures can prompt more microbial action, potentially resulting in more carbon being released from carbon pools on land into the air.

"We know with high precision that global temperatures have risen," said Bond-Lamberty. "We'd expect that to stimulate microbes to be more active. And that is precisely what we've detected. Land is thought to be a robust sink of carbon overall, but with rising soil respiration rates, you won't have an intact land carbon sink forever."

In addition to Bond-Lamberty and Bailey, authors include Min Chen of JGCRI, Christopher Gough of Virginia Commonwealth University and Rodrigo Vargas of the University of Delaware.

The work was funded by the U.S. Department of Energy Office of Science.