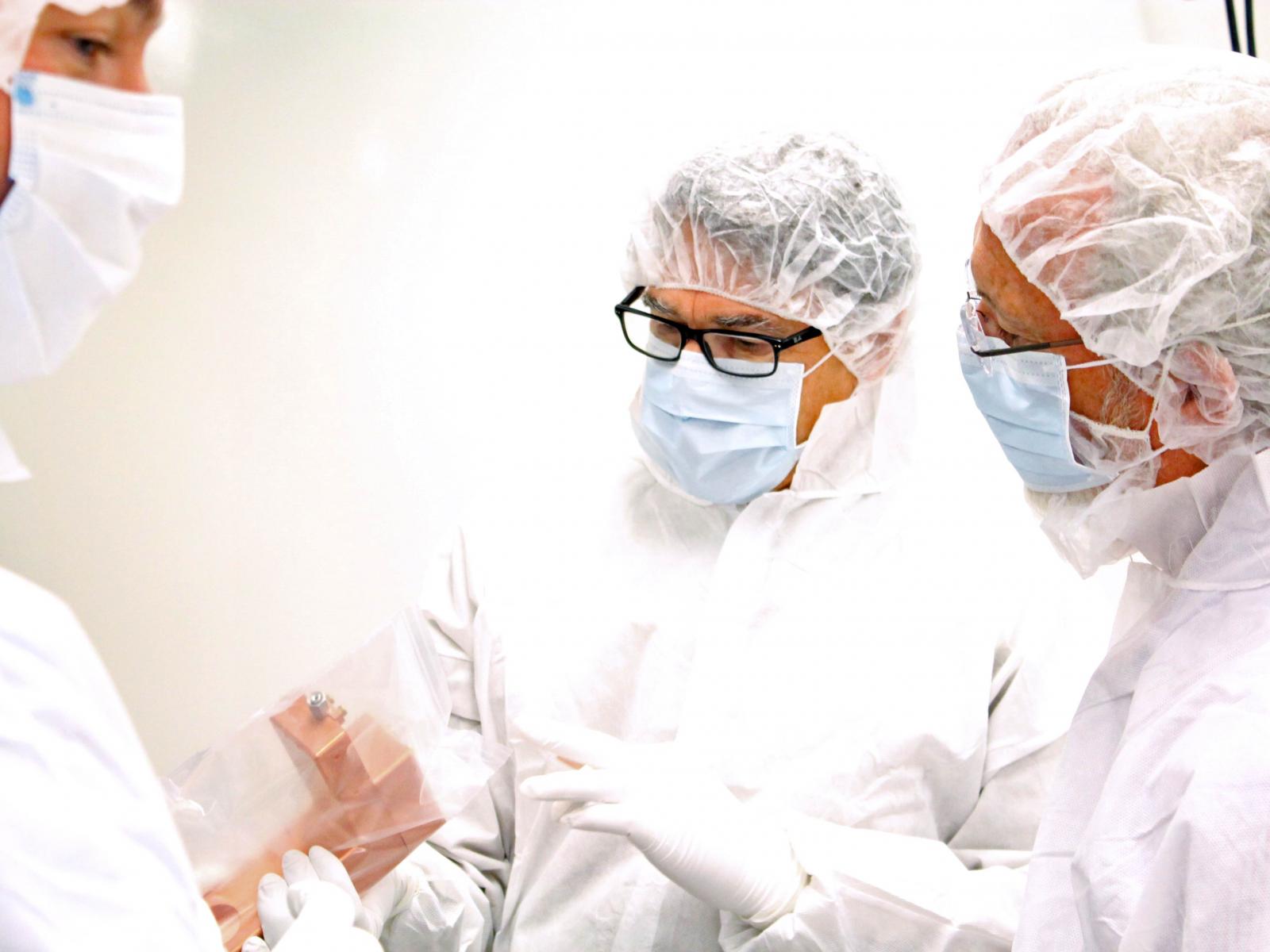 Scientists the world over seek to understand more about the nature of the universe by searching for a theorized form of radioactive decay called neutrino-less double beta decay. Its existence could help answer basic questions about the universe, such as whether neutrinos are their own antiparticles and why there is more matter than antimatter.

The Department of Energy's Pacific Northwest National Laboratory is a key contributor to the Majorana Demonstrator Project that involves researchers from six countries who have developed an ultrasensitive instrument to search for this never-before-detected phenomenon.

The team published a paper in today's Physical Review Letters showing how they successfully shielded the detector from background radioactivity in order to set a new stringent limit of this decay process. Getting the shielding right for the collection of detectors at the heart of the experiment, which weigh about 100 pounds and fill a breadbox-sized cryostat, sets the stage for a proposed much larger experiment that will hopefully sense this rare radioactive decay process.

The effort requires the lowest possible radioactive background environment — since naturally occurring radioactive signals interfere with the detectors, made of the metal germanium. When PNNL scientists began the Majorana project in 1999 with just a couple of collaborators, they had to develop a process to create or 'grow' ultrapure copper — the cleanest copper ever created — removing radioactive impurities in the copper so they would not erroneously trigger the detector. This second-generation experiment grew out of an earlier PNNL collaboration that set one of the first limits on neutrino-less double beta decay.

The world's most pure copper is being made in the Shallow Underground Lab at PNNL. PNNL physicists brought their copper-electroforming process to the Sanford Underground Research Facility in South Dakota where the Majorana Demonstrator experiment is housed — using the earth to shield against cosmic rays that bombard everything on the earth's surface, including detectors and other scientific equipment. Both locations provided the ultrahigh purity copper for Majorana.

The detector is made up of germanium crystals cooled to approximately minus 100 degrees Fahrenheit (-80 Celsius) in cryostat modules. PNNL scientists also developed a significant portion of the cooling systems and detector housing designs for the Majorana experiment with funding from DOE’s Office of Science.

The Majorana Demonstrator Project was designed to validate techniques and instrumentation to detect the neutrino-less double beta decay and evaluate a future larger experiment where the germanium detector system will weigh up to one ton.

The name is based on an Italian scientist, Ettore Majorana, who hypothesized a fermion or a particle that is its own antiparticle. To learn more about the Majorana Demonstrator achievement, read the Oak Ridge National Laboratory news release.