How Seashells Get Their Strength 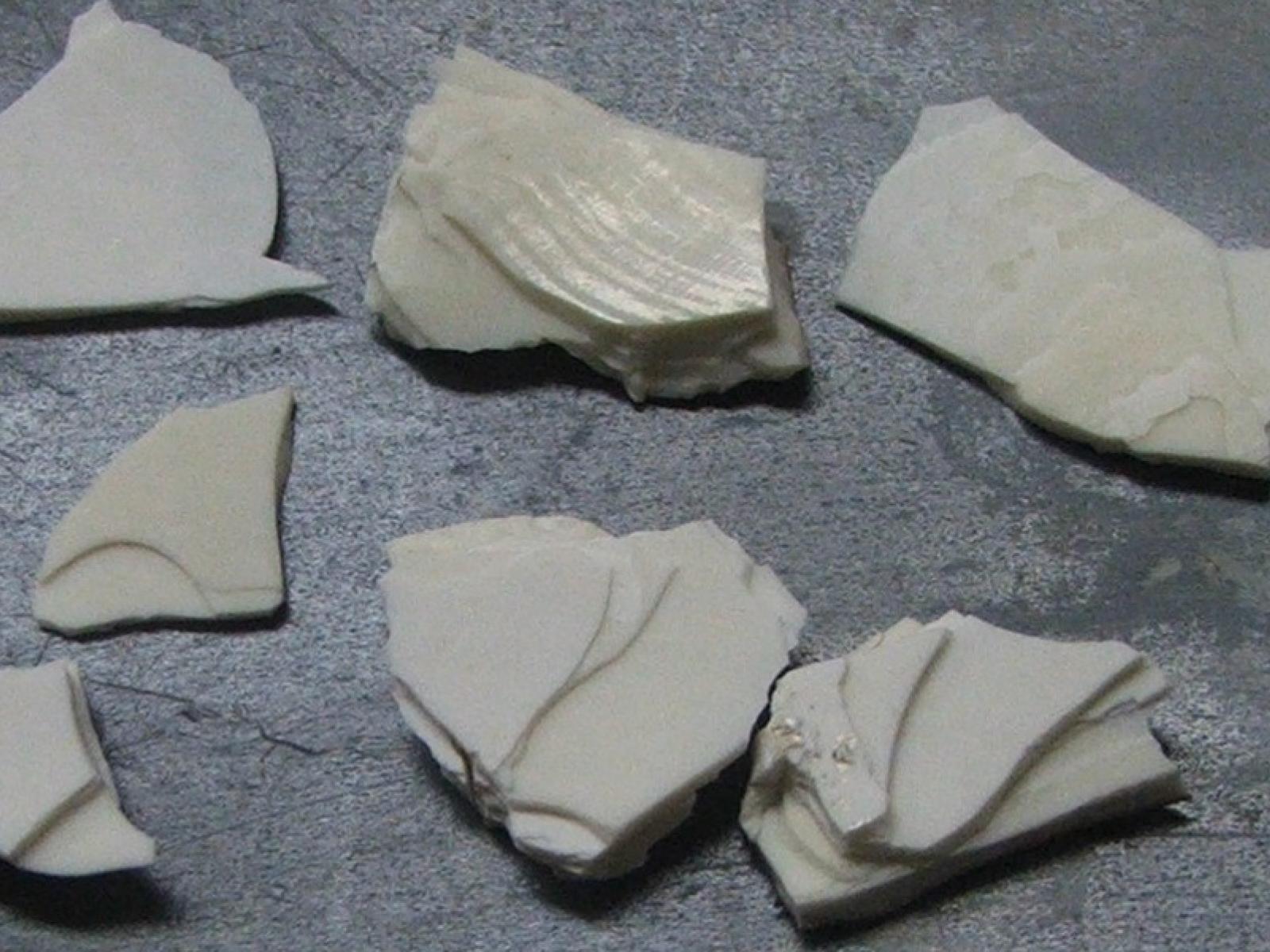 When calcium carbonate crystallizes into hard shells, it incorporates soft bits of proteins to add strength. Research done in the lab shows how this might happen, and why it works.

Seashells and lobster claws are hard to break, but chalk is soft enough to draw on sidewalks. Though all three are made of calcium carbonate crystals, the hard materials include clumps of soft biological matter that make them much stronger. A study today in Nature Communications reveals how soft clumps get into crystals and endow them with remarkable strength.

The results show that such clumps become incorporated via chemical interactions with atoms in the crystals, an unexpected mechanism based on previous understanding. By providing insight into the formation of natural minerals that are a composite of both soft and hard components, the work will help scientists develop new materials for a sustainable energy future, based on this principle.

"This work helps us to sort out how rather weak crystals can form composite materials with remarkable mechanical properties," said materials scientist Jim De Yoreo of the Department of Energy's Pacific Northwest National Laboratory. "It also provides us with ideas for trapping carbon dioxide in useful materials to deal with the excess greenhouse gases we're putting in the atmosphere, or for incorporating light-responsive nanoparticles into highly ordered crystalline matrices for solar energy applications."

Scientists have been exploring how organisms produce these biominerals in the hopes of determining the basic geochemical principles of how they form, and also how to build synthetic materials with unique properties in any desired shape or size.

The strength of a material depends on how easy it is to disrupt its underlying crystal matrix. If a material is compressed, then it becomes harder to break the matrix apart. Proteins trapped in calcium carbonate crystals create a compressive force — or strain — within the crystal structure.

Unlike the strain that makes muscles sore, this compressive strain is helpful in materials, because it makes it harder to disrupt the underlying crystal structure, thereby adding strength. Scientists understand how forces, stress and strain combine to make strong materials, but they understand less about how to create the materials in the first place.

"The standard view is that the crystal front moves too fast for the inclusions to move out of the way, like a wave washing over a rock," said De Yoreo.

That idea's drawback is that it lacks the details needed to explain where the strain within the material comes from. The new results from De Yoreo and colleagues do, however.

To find out how calcium carbonate incorporates proteins or other strength-building components, the team turned to atomic force microscopy, also known as AFM, at the Molecular Foundry, a DOE Office of Science User Facility at Lawrence Berkeley National Laboratory. In AFM, the microscope tip delicately runs over the surface of a sample like a needle running over the grooves in a vinyl record. This creates a three-dimensional image of a specimen under the scope.

The team used a high concentration of calcium carbonate that naturally forms a crystalline mineral known as calcite. The calcite builds up in layers, creating uneven surfaces during growth, like steps and terraces on a mountainside. Or, imagine a staircase. A terrace is the flat landing at the bottom; the stair steps have vertical edges from which calcite grows out, eventually turning into terraces too.

For their inclusions, the team created spheres out of organic molecules and added them to the mix. These spheres called micelles are molecules that roll up like roly-poly bugs based on the chemistry along their bodies — pointing outwards are the parts of their molecules that play well chemically with both the surrounding water and the calcite, while tucked inside are the parts that don't get along with the watery environment.

The first thing the team noticed under the microscope is that the micelles do not randomly land on the flat terraces. Instead they only stick to the edges of the steps.

"The step edge has chemistry that the terrace doesn't," said De Yoreo. "There are these extra dangling bonds that the micelles can interact with."

The edges hold onto the micelles as the calcium carbonate steps close around them, one after another. The team watched as the growing steps squeezed the micelles. As the step closed around the top of the micelle, first a cavity formed and then it disappeared altogether under the surface of the growing crystal.

To verify that the micelles were in fact buried within the crystals, the team dissolved the crystal and looked again. Like running a movie backwards, the team saw micelles appear as the layers of crystal disappeared.

Finally, the team recreated the process in a mathematical simulation. This showed them that the micelles — or any spherical inclusions — are compressed like springs as the steps close around them. These compressed springs then create strain in the crystal lattice between the micelles, leading to enhanced mechanical strength. This strain likely accounts for the added strength seen in seashells, pearls and similar biominerals.

"The steps capture the micelles for a chemical reason, not a mechanical one, and the resulting compression of the micelles by the steps then leads to forces that explain where the strength comes from," said De Yoreo.

This work was supported by the Department of Energy Office of Science, National Institutes of Health.