For First Time, Researchers Measure Forces that Align Crystals and Help them Snap Together 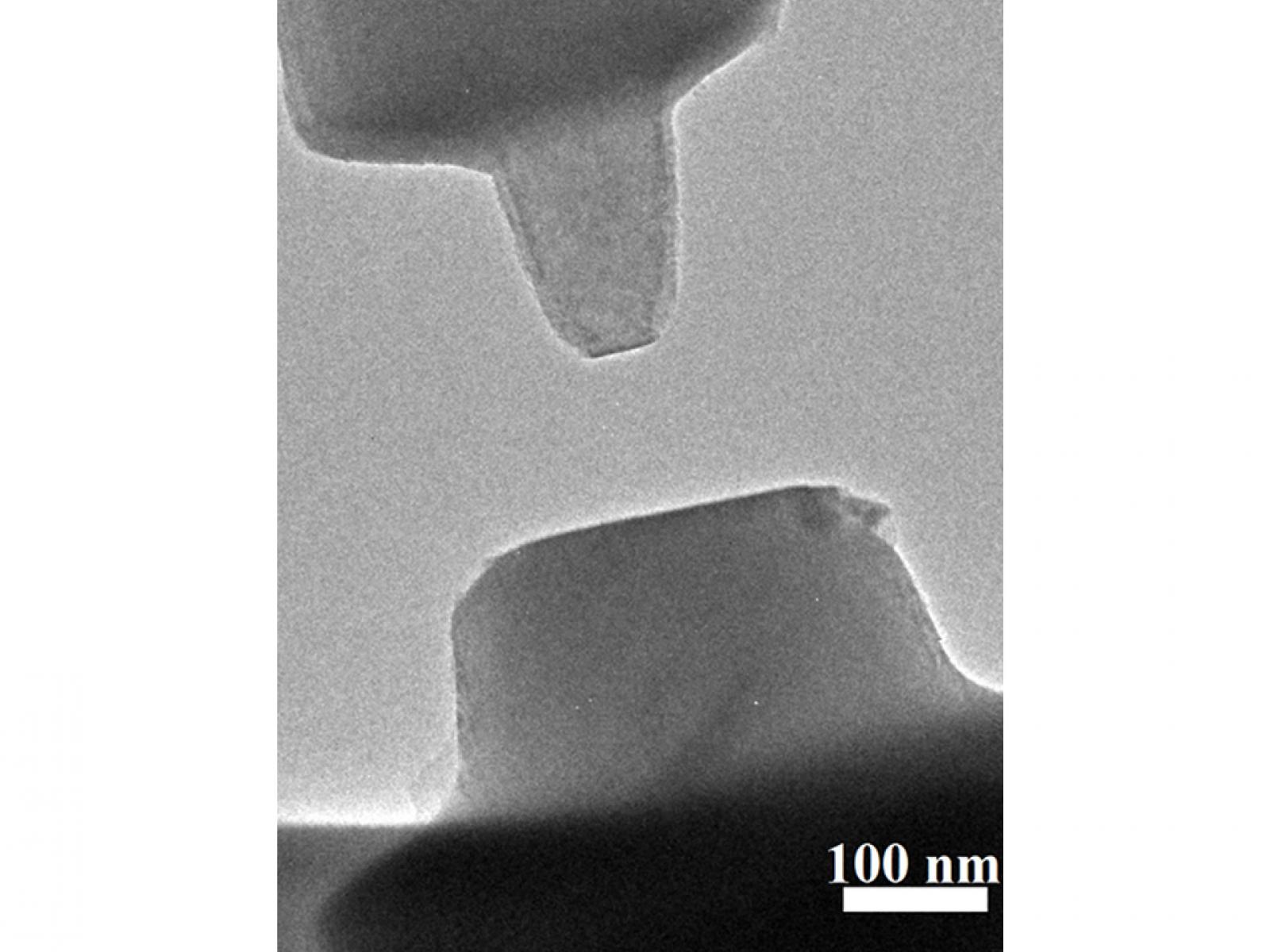 Like two magnets being pulled toward each other, tiny crystals twist, align and slam into each other, but due to an altogether different force. For the first time, researchers have measured the force that draws them together and visualized how they swivel and align.

Called van der Waals forces, the attraction provides insights into how crystals self-assemble, an activity that occurs in a wide range of cases in nature, from rocks to shells to bones.

"It's provocative in the sense that from these kinds of measurements one can build a model of 3-D assembly, with particles attaching to each other in select ways like Lego bricks," said chemist Kevin Rosso of the Department of Energy's Pacific Northwest National Laboratory. "Crystals are most everywhere in nature, and this work will help us take advantage of these forces when we design new materials."

Crystals form supporting structures in a variety of natural and synthetic materials. Larger crystals can build up from smaller ones. Although generally shaped like cubes, crystals have several different sides, some of which match well with each other and others that don't. When matching sides are oriented properly, crystals can fuse seamlessly, growing larger and larger.

But what makes crystals get close enough to fuse in the first place, and can they self-align? Many types of forces have been hinted at through the years, but the tools to narrow down the correct ones have not existed.

Now, Rosso and teams at PNNL, EMSL, the Environmental Molecular Sciences Laboratory, a DOE Office of Science User Facility at PNNL, and the University of Pittsburgh developed a new approach by combining an environmental transmission electron microscope, called an ETEM, with nanocrystal force probes that allows scientists to watch crystals interact in a life-like situation. PNNL post-doctoral chemist Xin Zhang and EMSL user Yang He, a Ph.D. student from the University of Pittsburgh, used resources within EMSL to examine how titanium oxide crystals couple.

To understand their experiment, imagine holding two magnets and moving them toward each other. When they're so close that the attractive force overcomes the effort you're using to hold them apart, they will jump together. The PNNL team did this, but on a much smaller scale and with a force that isn't magnetism.

The team needed to use very tiny crystals that wouldn't overwhelm the weak forces they expected to see. They attached titanium oxide crystals a hundred to a thousand times thinner than a human hair (depending on the hair) to either side of an instrument that measures force. The team then moved the crystals toward each other, twisted at several different angles between them, until the two snapped together.

The team also pulled the crystals apart and measured how much force that took as well. These measurements allowed the researchers to characterize the force in detail. There are several different kinds of forces that work for objects of this size, and with additional analyses the team concluded forces called van der Waals were the ones at work causing self-alignment.

Researchers slowly pull apart tiny bits of a titanium oxide mineral called rutile, about a thousand times skinnier than a human hair. The red dots near the top show the starting point. As the bottom half is pulled down, the top half stays attached by van der Waals forces — until, that is, the pull becomes too great.

In addition, they wanted to put a face to a name, in a manner of speaking, of a theoretical prediction of van der Waals forces made in the 1970s. The theory allowed scientists to calculate the torque between crystals that are being twisted relative to each other (imagine twisting a baguette to pull a piece of bread off) based on the angle between them.

So the team also measured the force between two crystals held at a constant distance apart but twisted in opposite directions from each other. Co-author computational physicist Maria Sushko compared the data to predictions the theory made and showed that the theory held up.

"This is the first measure and proof that the force depends on how the crystals are rotated relative to each other, what we call rotationally dependent," said Rosso. "If they are rotationally dependent, this implies that this force will contribute to aligning free crystals that bump together in a liquid environment, for example, increasing the rate of successful sticking."

In addition, proving the connection means it will be easier to determine such attractive forces for crystals made of different materials, such as calcium carbonate found in seashells. Scientists will be able to determine these forces by plugging in numbers to an equation rather than re-doing all of the experiments.

This work was supported by the Department of Energy Office of Science and PNNL Laboratory Directed Research and Development program. The experimental work was done at EMSL, one of a handful of DOE Office of Science User Facilities equipped with the technology and scientific expertise to conduct this research.