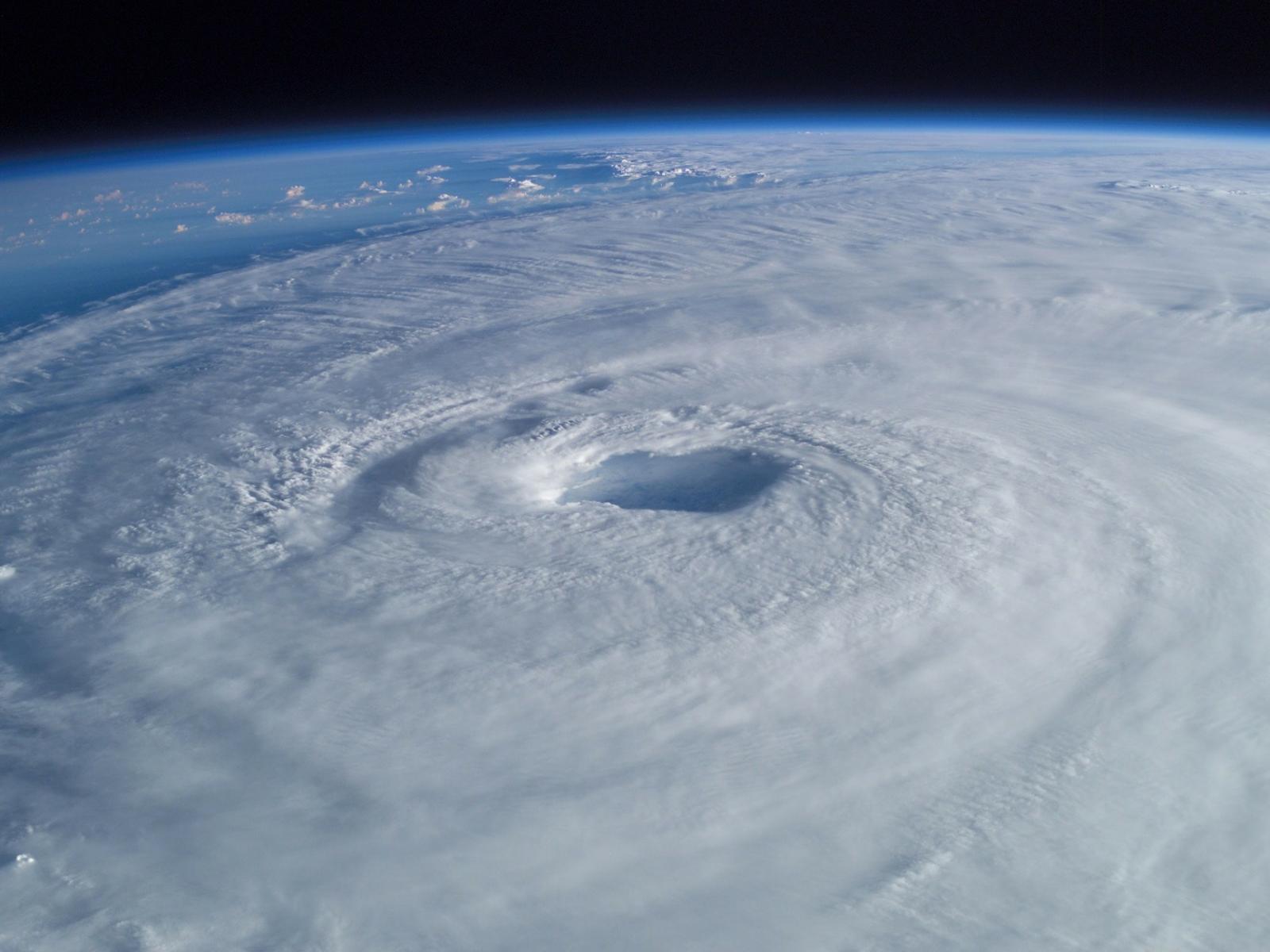 Hurricanes are complex systems. Whether a storm tracks over warm or less saline waters can determine how strongly it intensifies. Predicting such intensification is difficult, but PNNL researchers have created a new model that could complement forecasting models used at the national level, bringing more accurate predictions of intensification.

RICHLAND, Wash.—Hurricane Ida was among the most intense and damaging hurricanes in Louisiana’s history. The violent storm rose to a Category 1 hurricane on Friday, August 27. It then climbed another two categories in two days, jumping from Category 3 to 4 in only an hour.

Thankfully, forecasting models help us predict when, where, and how strongly hurricanes may strike. But such rapid intensification—Ida’s the most recent example—can elude the predictions of even the best models. Accurately predicting the brief windows in which these violent storms surge and strengthen is a lingering blind spot within the hurricane forecasting community.

Now, thanks to a new model developed by researchers at the Department of Energy’s Pacific Northwest National Laboratory, better predicting hurricane intensity in both the near future and under future climate scenarios is within reach. Using artificial intelligence techniques, the team created a model that can, on average, more accurately predict hurricane intensity relative to models used at the national level. And it can run on a commercial laptop.

Filling a gap in hurricane predictions

Some hurricane models track statistical relationships between storm behavior and locations. Others calculate complex motions at play within Earth’s atmosphere. When coupled together, such models help incident commanders stage resources like rescue helicopters or boats so coastal communities are better prepared to navigate these natural disasters.

But, like any simulation of a vastly complex system, those models make errors.

“There are so many examples of hurricane forecasts failing,” said PNNL Earth scientist Karthik Balaguru, who coauthored the study. “If you’re telling everyone that the storm will be a Category 2, but suddenly it becomes a Category 4, of course that’s a huge problem.”

To address the need for better intensity predictions, Balaguru and his coauthors looked to deep learning: a type of machine learning where researchers feed information to algorithms that, in this case, detect relationships between hurricane behavior and climate factors like heat stored within the ocean, wind speed, and air temperature. The algorithms then form predictions about which path a storm may take, how strong it could become and how quickly it could intensify.

The new model, said PNNL data scientist Wenwei Xu, who led the study, relies on the same data as other hurricane models. But it differs in its use of neural networks: a system of artificial neurons that mimic the computation of the human brain, empowering the model to make predictions.

“There has been an explosion of modeling capabilities made possible by deep learning since around 2015,” said Xu. “We’ve seen machine learning incorporated in other fields, but not in operational hurricane forecasts.” Only a handful of studies have applied artificial intelligence techniques to forming predictions around hurricanes.

Understanding hurricanes in a warmer world

The team is most excited by the model’s ability to project how hurricane behavior may change in different climate scenarios. The National Oceanic and Atmospheric Administration predicts that hurricane intensities will rise, on average, by one to 10 percent in a warmer future, bringing with them greater destructive force, according to models that project two degrees Celsius of global warming.

Previous research by Balaguru and other PNNL scientists showed that major hurricanes intensify more strongly and quickly now than in the past 30 years. The new model can generate thousands of simulated hurricanes, said Balaguru, offering the chance to better understand how risk evolves in a warmer world.

That power also stands to help address a longstanding data scarcity issue within the forecasting community. Just 8 to 10 hurricanes strike in a year, said Balaguru, and robust records of hurricane data only began when satellite use became widespread some 40 years ago. Producing more simulated hurricanes means more data is available to help further develop a basic understanding of hurricane behavior.

The new technique reduced intensity prediction errors by as much as 22 percent when compared to conventional models. “Even a five percent improvement is a big deal,” said Balaguru. On average, he added, the magnitude of error is reduced in conventional hurricane models by roughly one percent each year. The new technique also correctly predicted more instances of rapid intensification than the comparison models.

The new technique takes significantly less computing power than many other models—so little that it can run on a commercial laptop, bringing access to those who don’t work with high-performance computers.

This work was supported by PNNL’s Deep Learning for Scientific Discovery Science Agile Investment, as well as the MultiSector Dynamics program area of DOE’s Office of Science. Additional support was provided by the Regional and Global Model Analysis program area within the Office of Science. The model code applied within the study is available for public use. The authors plan to share the model's output with other groups in collaborative hurricane research.

The study, “Deep Learning Experiments for Tropical Cyclone Intensity Forecasts,” in which this model is described, was published in the August issue of Weather and Forecasting, a journal of the American Meteorological Society. In addition to Wenwei Xu and Karthik Balaguru, PNNL authors include David Judi, Andrew August, and Nathan Hodas.