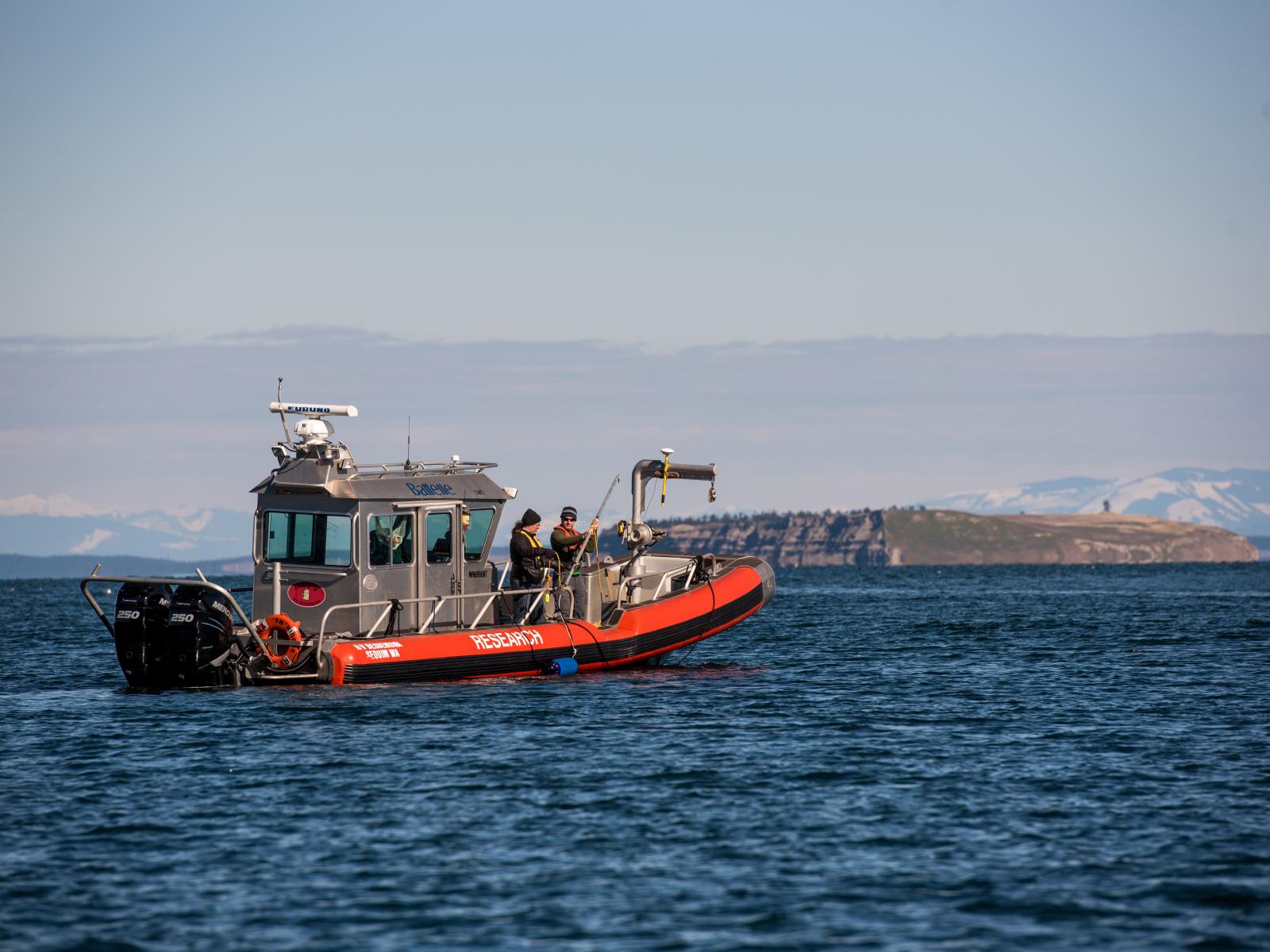 MCRL is equipped with vessels to conduct scientific research.

MCRL's SAFE Boat serves as a platform for water and sediment sampling, for seining of nearshore fish species, and frequently supports the scientific dive team. The boat has been used to for all sorts of scientific endeavors, ranging from the deployment of Autonomous Underwater Vehicles (AUVs) to transplanting Zostera marina (eelgrass) for restoration purposes.