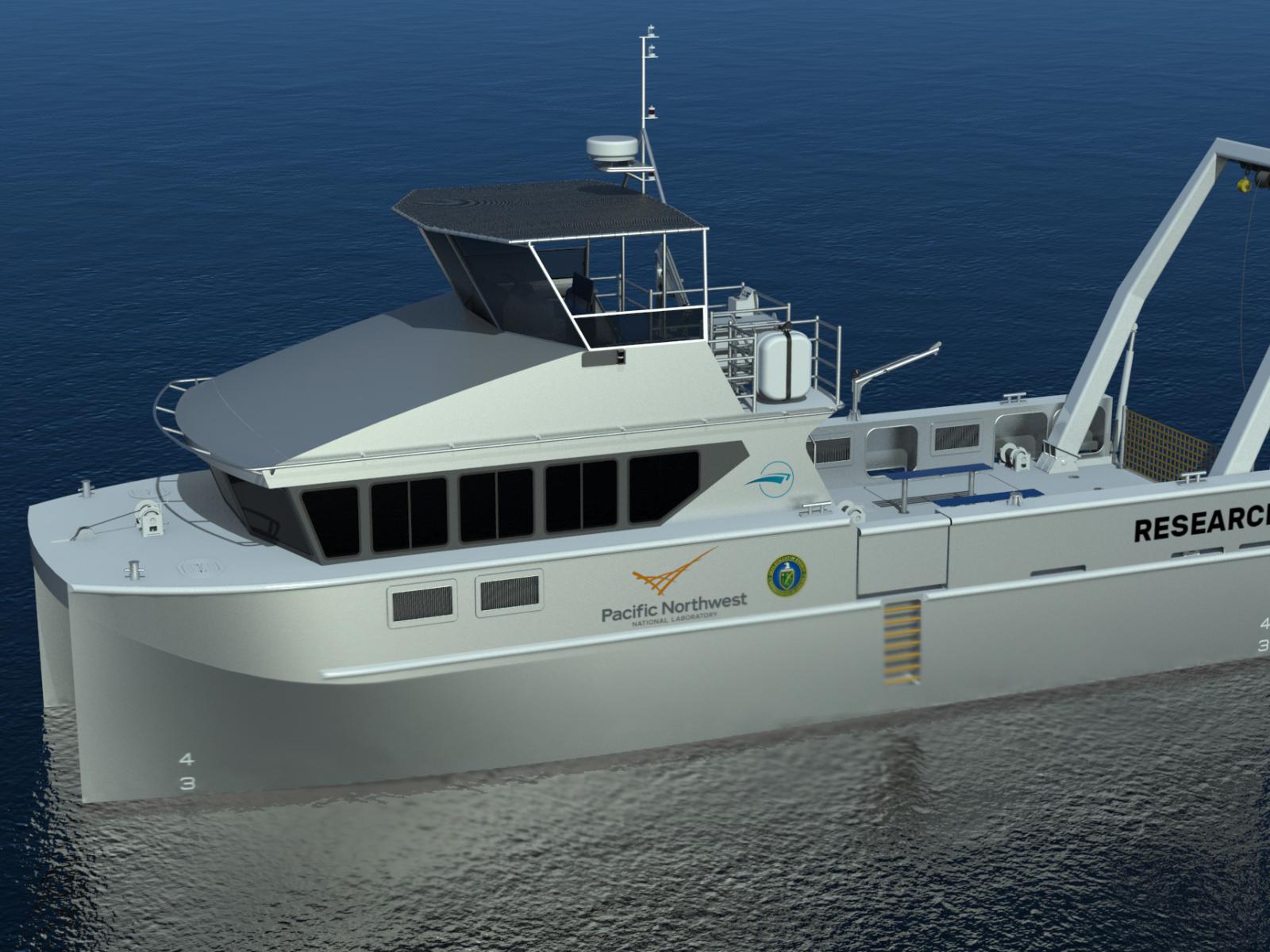 In April 2023, a new plug-in hybrid research vessel, the RV Resilience, will be coming to PNNL-Sequim, the only marine research facility in the Department of Energy (DOE) complex.

RV Resilience, equipped with both standard diesel engines and electric motors, will be the first hybrid vessel in the DOE fleet. When operating in battery electric mode, the vessel will be nearly silent and without emissions. It will be less intrusive for studying fish and other wildlife and will also reduce air pollution and carbon dioxide emissions.

With funding from DOE’s Water Power Technologies Office, the RV Resilience represents the next generation of blue economy technology and will enable future research and testing to support renewable power from the ocean. As a hybrid vessel, the investment will advance long-term opportunities for energy innovation and decarbonization of marine transportation.

RV Resilience will be built by Snow & Company in Seattle, Washington and will be able to operate quietly on electric power at lower speeds, and cruise at 20 knots using diesel power. It will have laboratory space with multiple science stations, a large deck, an A-frame, and knuckle crane to help move research equipment. The vessel will be powered by an advanced parallel hybrid-electric propulsion system, consisting of two main engines, capable of producing 374 kW each, supplemented by two EM-PMI375-T200-2600 motor-generators. Power will be stored using a state-of-the-art battery system, allowing the vessel to operate quietly in a zero-emission electric state while engaged in a mixture of survey operational modes.