The UNSAT-H computer code is used to understand the movement of water, heat, and vapor in soils so more informed decisions can be made about land use, waste disposal, and climate change. 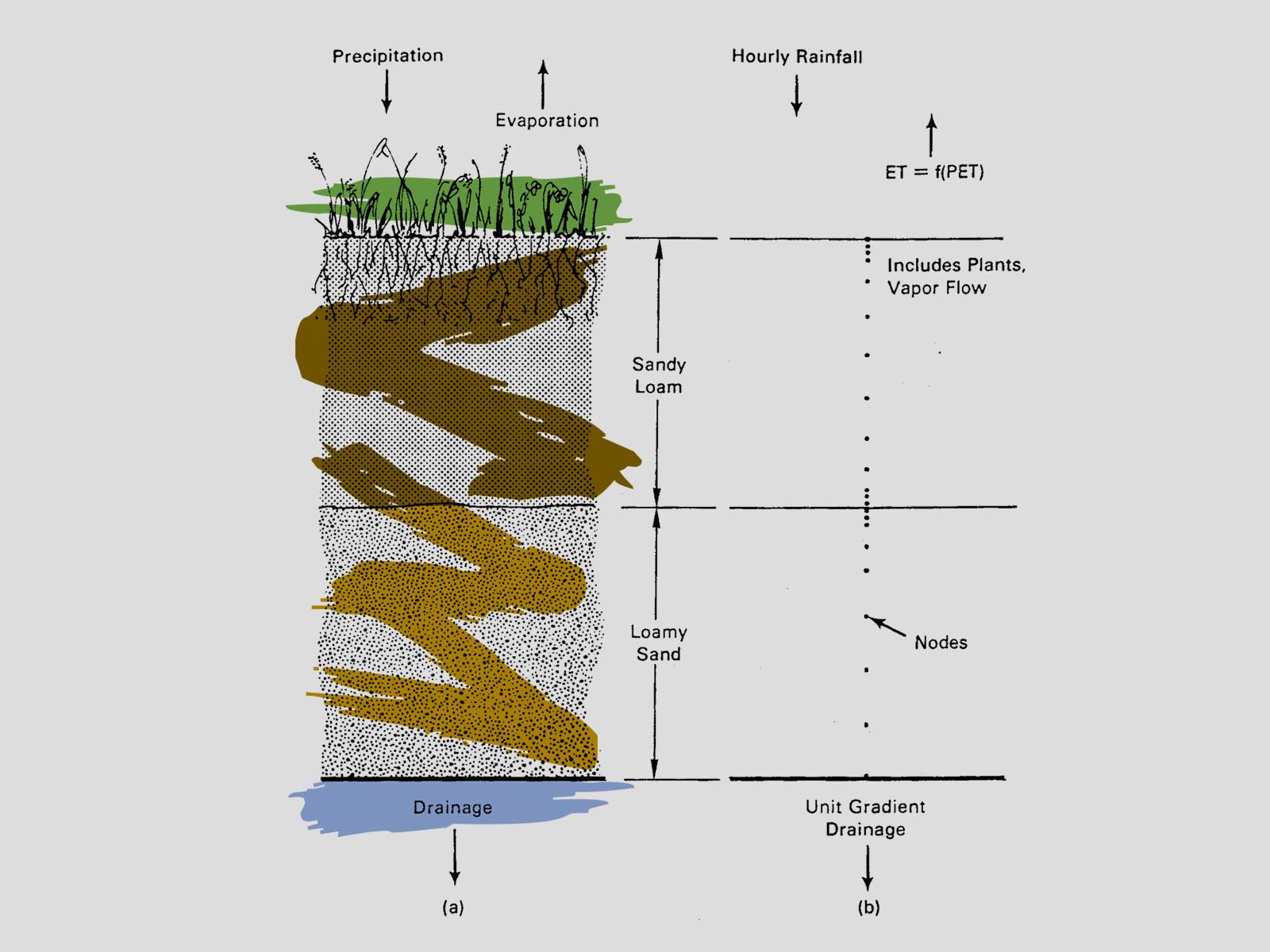 UNSAT-H is a FORTRAN computer code used to simulate the one-dimensional flow of water, vapor, and heat in soils. The code addresses the processes of precipitation, evaporation, plant transpiration, storage, and deep drainage.

The UNSAT-H computer code is used to understand the movement of water, heat, and vapor in soils. Use of the code allows for better informed decisions to be made about land use, waste disposal, and climate change. Example tests and typical applications include studies of the water balance behavior of surface covers over shallow land burial waste sites and studies of land disturbance effects on recharge rates.

UNSAT-H Version 3.0 can be downloaded from our GitHub site: https://github.com/pnnl/unsat_h

This open source software was developed by PNNL in 2000. The user guide, also found in GitHub as "UNS_V30.pdf" is available here.

The UNSAT-H model was developed at PNNL to assess the water dynamics of arid sites and, in particular, estimate recharge fluxes for scenarios pertinent to waste disposal facilities. This model received significant support from the Immobilized Waste Program (IWP) of the Hanford Site’s River Protection Project. This program was interested in designing and assessing the performance of on-site disposal facilities to receive radioactive wastes that were stored in single- and double-shell tanks at the Hanford Site. The IWP was interested in estimates of recharge rates for current conditions and long-term scenarios involving the vadose zone disposal of tank wastes.

This guide includes eight example problems. The first four are verification tests of UNSAT-H capabilities, three of which are repeats of the tests used for previous versions of UNSAT-H.

The second four example problems are demonstrations of real-world situations.

Inci Demirkanli is the code custodian for UNSAT-H. She is a subsurface scientist with experience in analytical and numerical modeling of subsurface flow and transport with applications in remediation research and radionuclide mobility in the vadose zone and in subsurface energy and storage systems. Dr. Demirkanli earned her PhD in environmental engineering and Earth sciences at Clemson University.