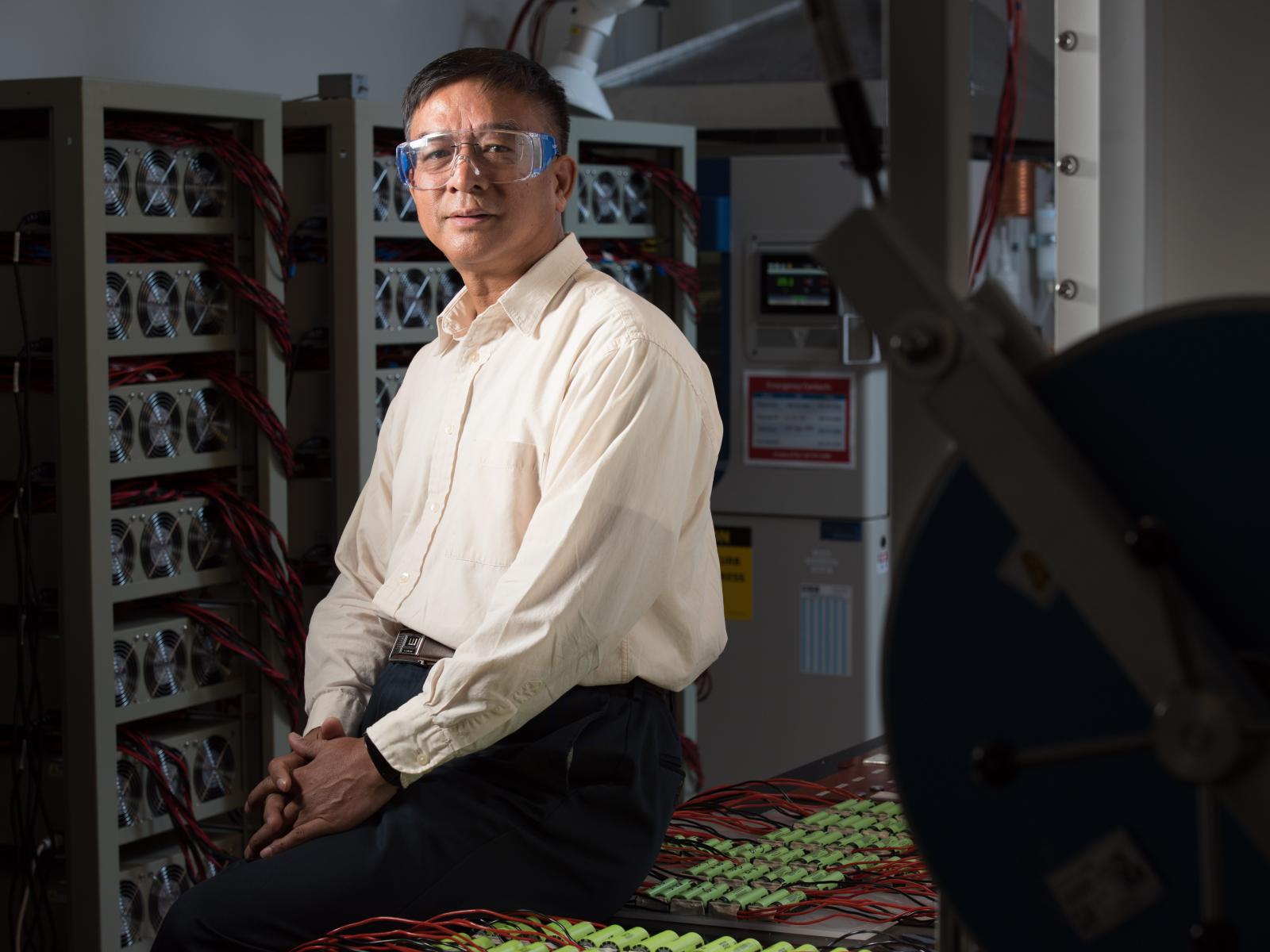 Jason Zhang, a Lab Fellow at Pacific Northwest National Laboratory, is internationally recognized and widely cited for his pioneering work in developing energy storage devices including lithium-metal batteries, lithium-ion batteries, lithium-sulfur batteries, lithium-air batteries, and thin-film solid-state batteries. Dr. Zhang earned six U.S. patents and is named on another 11 U.S. patent applications in just the last two years – bringing the prolific inventor’s total to 23 U.S. patents since joining PNNL in 2007, with a total of 17 patents pending. Dr. Zhang is a principal investigator for PNNL’s efforts in energy storage for transportation supported by the Department of Energy, Energy Efficiency and Renewable Energy’s Vehicle Technologies Office. As a leader in his field, he has a demonstrated ability to drive discovery and innovation from fundamentals to application and has published more than 300 papers in professional journals.  He was the co-recipient of two R&D 100 awards and was named Highly Cited Researchers in Materials Science in 2015 and 2017-2019.

Prior to joining PNNL in June 2007, he served for seven years as Chief Technology Officer of Excellatron Solid State LLC in Atlanta, Georgia. His responsibilities at Excellatron included strategic planning, identification of R&D direction, review of all internal programs, funding allocation for internal programs, and oversight of all subcontractor programs. He was also responsible for day-to-day performance of the technical team for development of thin-film lithium batteries and other energy related products. From 1998 to 2000, he served as the Director of Product Development at Macro Energy-Tech, Inc. in Redondo Beach, California, where he was responsible for setting up a pilot line for production of polymer lithium-ion batteries. Prior to that, from 1990 to 1998, he was a Postdoctoral Fellow/Staff Scientist/Senior Scientist at the National Renewable Energy Laboratory where he managed several lithium-ion-battery related projects.