Restoring Our Earth by Listening to the Pulse of Our Ecosystems 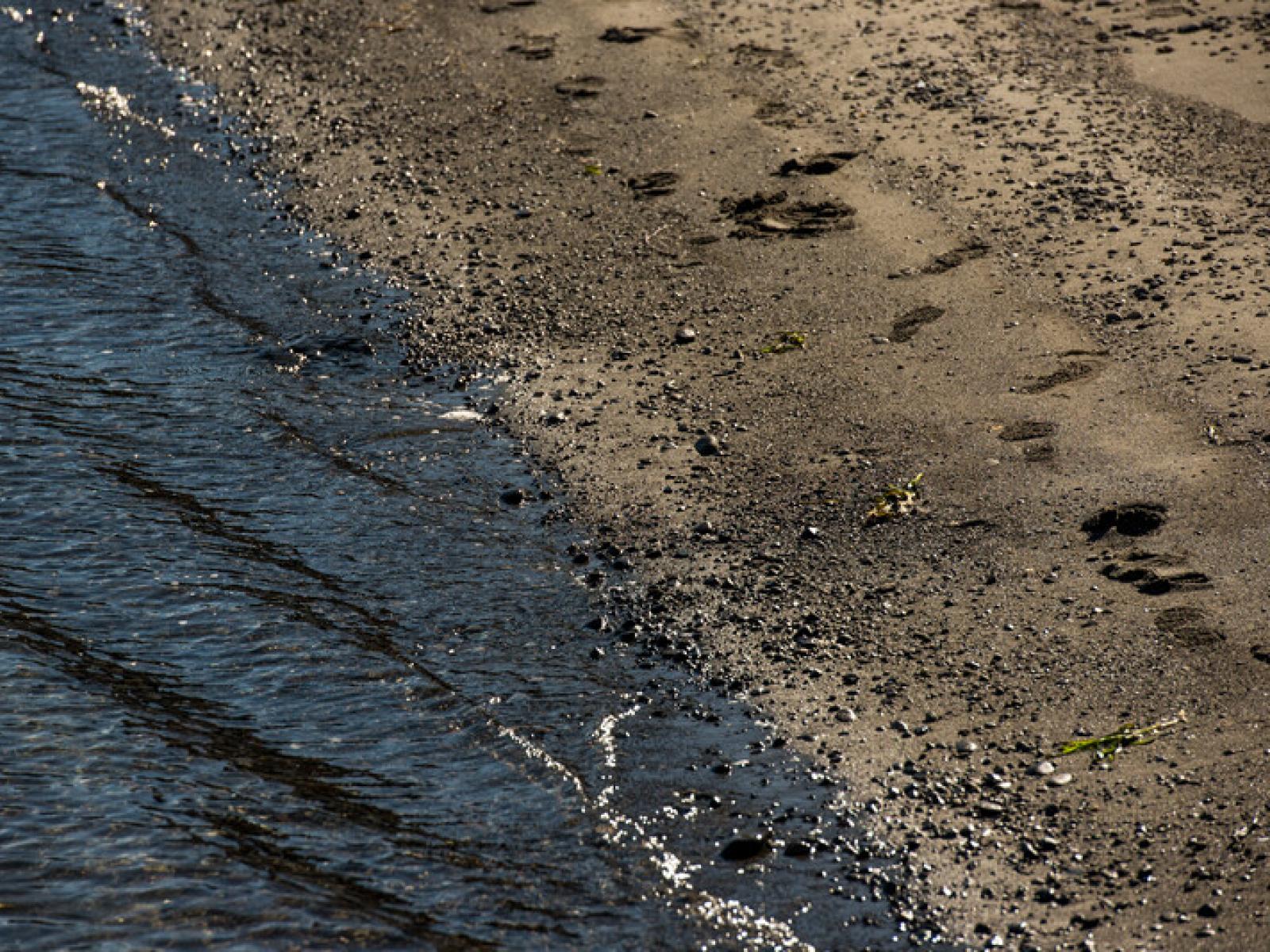 As a young girl, Nikki Sather remembers running alongside other children on the beach as fishermen from the Jamestown S’Klallam Tribe gathered salmon. When the salmon were cleaned, the children would clamor to get their hands on the hearts the fishing groups removed. They'd watch in fascination as the tiny organs beat in the palm of their hands.

“In hindsight, there is some irony to that childhood memory. These fish are at the heart of ecosystems in the Pacific Northwest, and in so many ways the fate of these ecosystems rests in humanity’s hands.” - Nikki Sather

Today, Sather is a research scientist and technical team leader for the Coastal Ecosystems and Technology group at the Marine and Coastal Research Laboratory in Sequim, WA. The Marine and Coastal Research Laboratory is an arm of Pacific Northwest National Laboratory and the U.S. Department of Energy’s only marine and coastal sciences laboratory. Here, over 80 experts in chemistry, wetland and coastal ecology, marine biology, remote sensing, and other related fields have devoted their careers to scientific exploration, including the restoration of coastal ecosystems. Sather is one of them.

Besides working as an Earth scientist, Sather’s fuller identity includes her roles as a wife, mother, and descendant of the Jamestown S’Klallam Tribe and Bella Coola First Nations. Like all of us, Sather’s life experiences and heritage are reflected in her work.

Sather grew up along the shores of the Olympic Peninsula, bordered by the Pacific Ocean and the Salish Sea. Some of her earliest memories were made on the sandy beach of the Dungeness Bay. Ever curious, she would study whatever fascinating organisms she could find and regularly trailed the Jamestown S’Klallam Tribes' fishing groups.

She didn’t realize it then, but her childhood fascination with a salmon’s heartbeat foreshadowed a career demarcated by studying the pulse of the Pacific Northwest’s natural ecosystems—a near-perfect tribute to Earth Day 2021’s theme, Restore Our Earth.

Fishing is a long-standing tradition for indigenous Native American peoples, including the Jamestown S’Klallam Tribe. It not only offers sustenance but is imbued with deep cultural significance. For generations, the annual salmon return has symbolized the renewal and continuation of life.

As an Earth scientist, Sather is starkly aware of the critical role salmon play in the overall health of ecosystems. She spends her time investigating how aquatic organisms interact with their environment by studying the connections between fish, the food they eat, and the habitats where they reside. The data she collects in the field and analyzes in the laboratory provides insights into the overall functioning of the coastal habitats that salmon call home.

Sather’s research focuses on juvenile salmon in estuaries, the place where the rivers' mouths join the sea. Colloquially termed the “nurseries of the sea” for salmon making their way to the open oceans, these places represent the last safe haven they will encounter before embarking on their iconic migrations. For scientists like Sather, they function as living laboratories—providing insights into the effects of human interventions on coastal habitats.

Sather’s research team is interested in studying the quality of the energy boost salmon receive while here. They start by safely catching a small sample of salmon. Then, using non-lethal means, Sather and her colleagues extract all the contents from the gut of each fish. After identifying the diet items, they crush the contents into a “bug pill” which is placed in a reaction chamber. Within that chamber, heat is applied. The heat from the combustion reveals how much energy resided within each sample, clueing Sather and her team in to how well the ecosystem is functioning. This information can then be applied to models interested researchers use to understand how changing environments affect food web dynamics and salmon health.

“Learning about an ecosystem is like untangling a giant ball of yarn. Everything is interconnected." -Nikki Sather

The discoveries made by Sather and her team have direct implications for environmental management decisions. Perhaps most notably has been Sather’s work with the U.S. Army Corps of Engineers and Bonneville Power Administration, which contributed to the Columbia Estuary Ecosystem Restoration Program. This program was designed to understand deleterious ecological impacts resulting from various human activities in order to propose mitigation measures to help conserve our valuable coastal habitats.

From catching fish, to studying what they ate for lunch and influencing environmental management and policy decisions, no day at work is the same for Sather. But every day brings a new opportunity to make a lasting impact on how humans interact with our planet.

There was no single defining moment when Sather knew she was destined to become an Earth scientist. Like the salmon’s own migrations, she was guided mostly by a deep instinct that continually led her back to the ocean.

“I believe you are connected to the place where you live and to the people and resources around you.”  - Nikki Sather

With each experience Sather gained and person she met throughout her own educational journey—from working with a U.S. Forest Service fish biologist who studied fish habitat use in the upper Dungeness River, to trapping salmon while interning with the Jamestown S’Klallam Tribe, and learning about the role of coastal ecosystems and habitats during her internship with Pacific Northwest National Laboratory—her path became more clear.

“It was my college internship with the Jamestown S’Klallam Tribe that showed me how applied science is used to guide daily decisions. This was the beginning of a new journey for me," Sather explained.

When asked what advice she would give to those setting out on their own career journey, she said, “Find your passion. It lives somewhere inside of you. When you find it, seek it out in as many places you can. This might come in the form of volunteerism, internships, or connecting with people you hadn’t expected.”

Just as the salmon show scientists like Sather, our world is deeply connected. That means when it comes to restoring our Earth, each of us has a role to play.