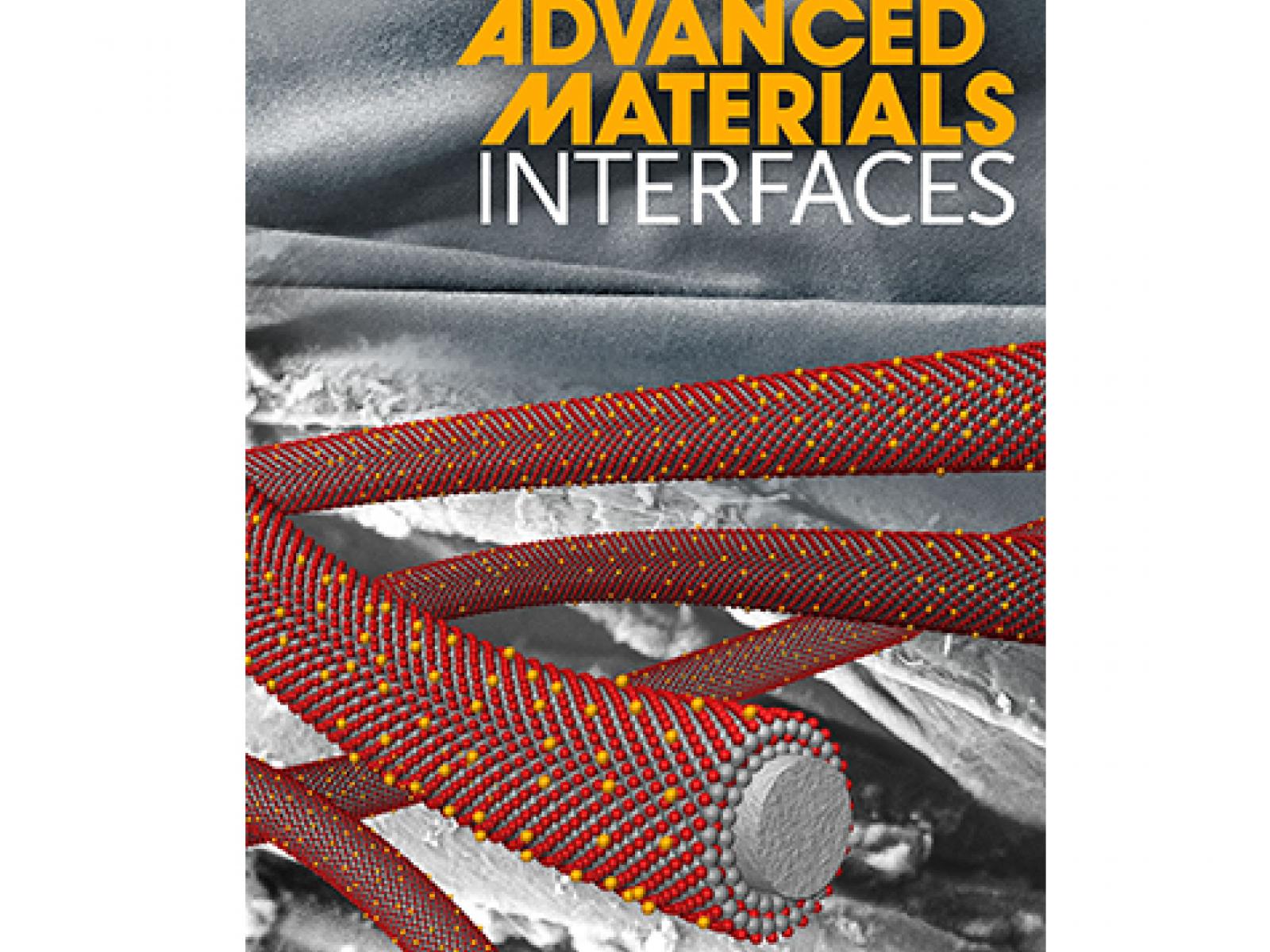 Artwork from a PNNL and Texas A&M University collaborative study made the cover of Advanced Material Interfaces, illustrating alternating layers of metal organic frameworks - polymers on fibers. The technique can successfully be used to coat a variety of surfaces.

Artwork depicting research from a paper on which Pacific Northwest National Laboratory (PNNL) collaborated with Texas A&M University was chosen to grace the cover of an esteemed scientific journal.

For a research paper’s corresponding artwork to be selected for the cover of Advanced Materials Interfaces, the paper must appear in the journal and receive high-quality reviews from field experts. If the research paper meets this criteria, then its artwork is reviewed by the graphics editor and the editorial team for visual appeal and selected from among a competitive environment of multiple entries. The artwork submitted by PNNL and Texas A&M University illustrates a layered polymer-metal organic framework (MOF) coating on fibers.

The Science Behind the Art: MOFs—compounds consisting of metal ions bonded to organic molecules to form multi-dimensional porous structures—have gained attention for the many ways in which they can vary in size, structural diversity, and functionality.

The problem is that MOFs natively exist in powder form. Powder films crack on surfaces and lack uniformity and durability, making them unsuitable for use in many applications. As a result, there is a need to transform MOFs into different engineered forms, including thin films and coatings, to effectively impart their functionality onto the objects they coat.

The team found a solution to this need, developing a simpler, non-toxic MOF coating using a layer-by-layer technique of applying positively charged MOFs and negatively charged polymers to a surface, so the contrasting charges bond them together. The layer-by-layer process incorporates a water-based dispersion. The new coating has successfully been applied to silicon, glass, flexible plastic, and even cotton. The research confirms that MOFs can be applied to complex and unusual surfaces, opening the door for a wide variety of applications like decontamination, catalysis, and gas separations.

Current MOF coating approaches have generally required elaborate surface treatments, high temperatures, and the use of toxic organic solvents. This severely limits the quality of the coating and the variety of surface materials on which it can be applied. However, the new research by PNNL and Texas A&M University proves that it’s possible to create non-toxic MOF coatings using water as a suspension rather than organic solvents, simplifying the process and eliminating the need for toxins and high temperatures.

PNNL’s research was funded by the Office of Energy Efficiency and Renewable Energy’s Geothermal Technologies Office (GTO). The research team has already filed for a patent.