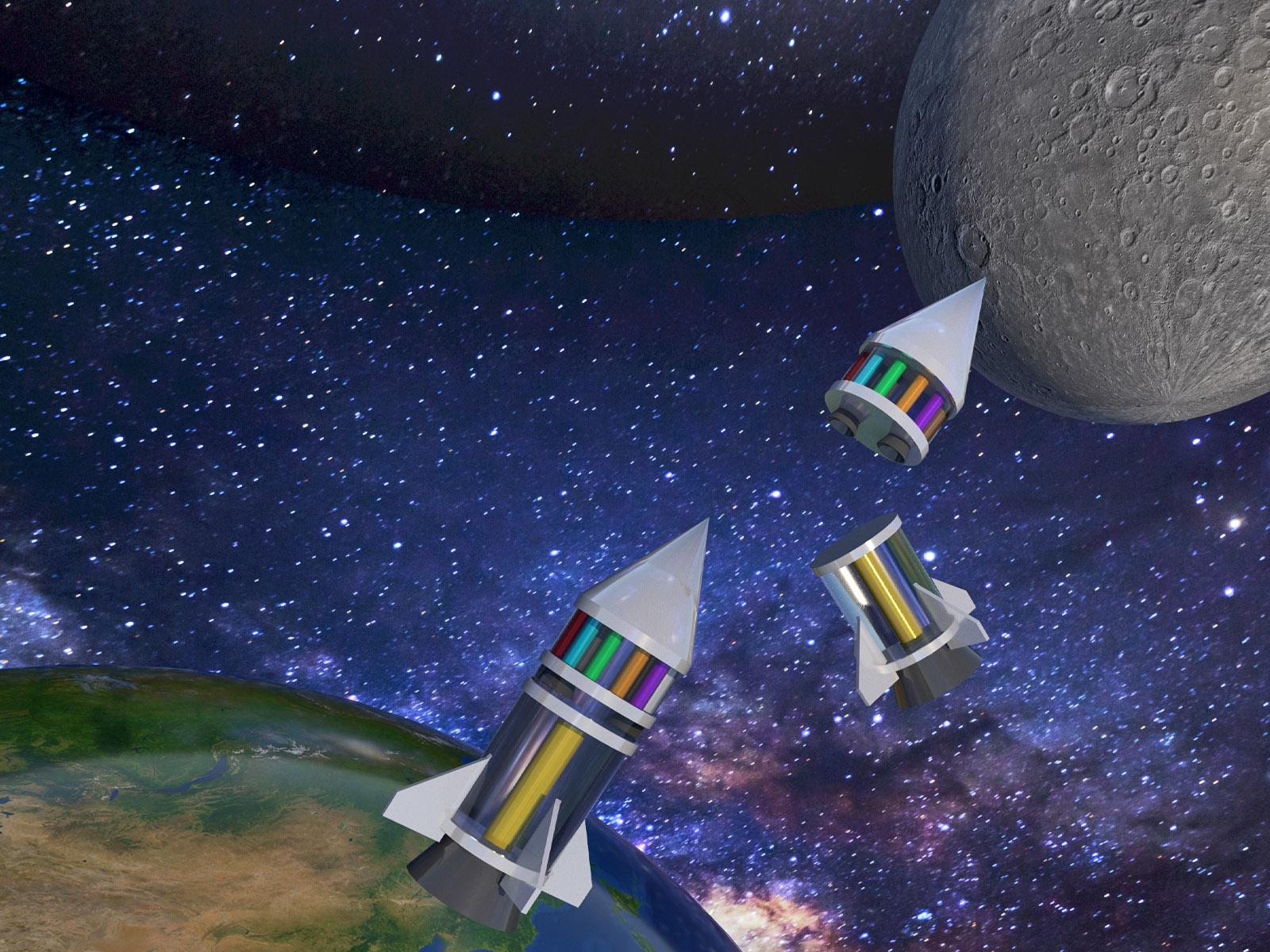 Image from the cover of Analytical Chemistry, May 2019

Proteins are the workhorses of the cell. Their activity is often controlled by adding or removing chemicals called phosphates, like switching an electrical current on or off. Measuring how many proteins are phosphorylated, or turned on, has been a roadblock for research. Because phosphorylated proteins are hard to get in large amounts, they can be difficult to analyze, even using advanced instruments such as a mass spectrometer.

PNNL researchers have devised a way to measure and distinguish tiny amounts of phosphorylated proteins, an approach that could be used in research to help treat diseases such as diabetes and cancer. The study appears as the May 7 cover article of the journal Analytical Chemistry.

In a mass spectrometer, molecules collect in a trap just ahead of the measuring device—like vehicles waiting at a metered freeway on-ramp, said co-author Karin D. Rodland, a PNNL laboratory fellow and biomedical researcher. The trap releases once it accumulates enough molecules. This lets the molecules move forward like the vehicles when the on-ramp light turns green.

But when low levels of phosphorylated proteins are in a sample, their signal is often too weak for a mass spectrometer to detect, so the molecules get stuck even before they are measured.

In this study, researchers sought to amplify signals to sidestep the barrier and make even the low levels of proteins measurable. To be able to do this, the team deployed an existing technique called isobaric labeling, which chemically tags samples. Each tag is unique and sticks to and identifies all proteins within a given sample. More important, once the individually tagged samples are mixed, they become a single, chemically identical sample.

“In the eyes of the mass spec,” said corresponding author Tao Liu, a biomedical scientist at PNNL, “the sample shows up as one identity.”

Cleverly, researchers isobarically tagged and mixed a “boosting” material with the study samples that were limited in quantity, at a boosting/sample ratio of 30 to 1. This boosting material is biologically similar to the study samples so that the protein catalogs are similar and is readily available in a much larger quantity. For example, mixed cell lines can be used to mimic tissues.

Combining the boosting material and the study samples made the overall signal large enough to be detected by the mass spec. This essentially tricked the instrument—which is unable to make any measurements when the sample is too tiny—into green-lighting the whole sample for analysis.

The technology is much like cars and trucks sorting themselves by speed once they merge onto the freeway, and then picking out the cars by their colors, said Rodland. Those vehicles never would have been sorted if they hadn’t gotten the “go” signal from the metering device.

As the mass spec broke apart the isobarically labeled and mixed sample for analysis, the ratios in which the tags appeared allowed the scientists to determine how much of each peptide was in each original sample.

Using the isobaric labeling/boosting strategy, the team first demonstrated that three different cell lines of acute myeloid leukemia—a type of cancer that begins in bone marrow—can be effectively distinguished based on their protein activity profiles, using a relatively small number of cells.

Researchers then turned their attention to pancreatic islets, which play a central role in diabetes. These cell clusters produce hormones—insulin and glucagon—that work together to keep blood glucose levels from getting too high or too low. The cells are targets in patients with Type 1, or insulin-dependent, diabetes. However, the protein activity in the human islets is difficult to study because of their limited protein content. Using the new technique, researchers analyzed changes in protein activity in human islets in response to treatment—a long-sought aspiration for physicians monitoring their patients.

“This will give us new insight into what happens when insulin-producing cells die in patients with diabetes,” said Wei-Jun Qian, the other corresponding author of the paper and a biomedical scientist at PNNL. “The ability to track protein activity more rigorously will help us understand what signaling pathways are involved in cell death.”

The new approach holds promise for various kinds of biological and biomedical research when sample material is scarce. Uses could include comparing cells before and after drug treatment, testing different doses, or studying the timing of protein activation or deactivation.

“The possibilities are endless,” said Liu. “You can do very large-scale quantitation, and also you can blend many different conditions you want to study into one experiment.”

The study is selected to be presented June 6 during the American Society for Mass Spectrometry’s annual conference in Atlanta, Georgia.

The project, funded mainly by the National Institutes of Health, also involved scientists from the Joslin Diabetes Center and Harvard Medical School in Massachusetts and the University of Florida. The research included experimental work at EMSL, the Environmental Molecular Sciences Laboratory, a U.S. Department of Energy Office of Science user facility located at PNNL.