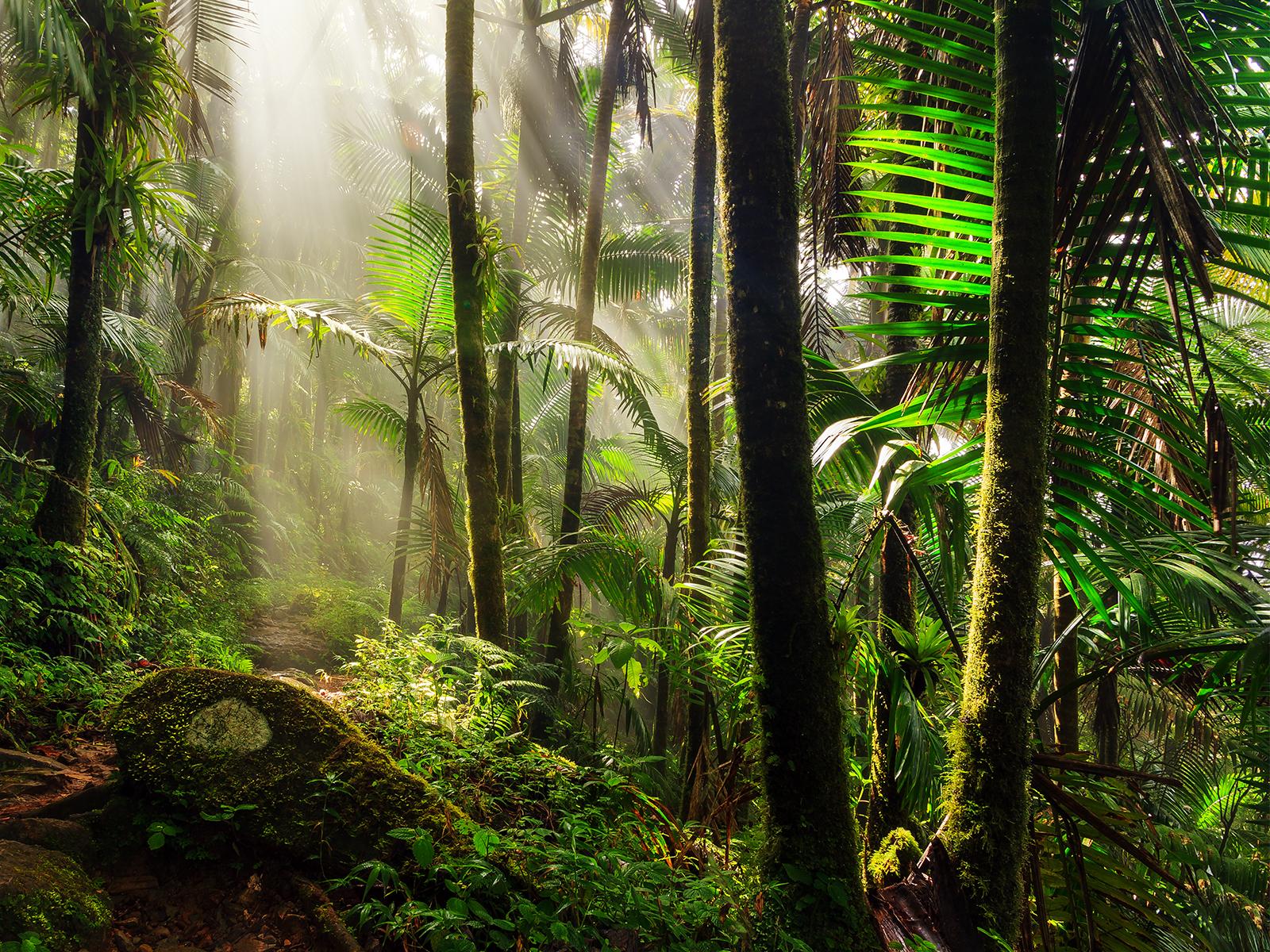 A team of researchers explored the impacts of climate change on a variety of renewable energy sources, focusing their study on Latin America and the Caribbean, a region that already has embraced renewables. This forest is in the El Yunque national forest in Puerto Rico.

Reducing the impacts of climate change will require substantial investments in renewable energy sources. But climate change itself could affect those renewable alternatives: changing yields for biomass crops, reduced streamflow for hydropower, diminished sunlight and increasing temperatures for solar, and altered air density and wind speed patterns for wind power.

Vernon was among a team of researchers who explored the impacts of climate change on a variety of renewable energy sources, focusing their study on Latin America and the Caribbean, a region that already has embraced renewables. In 2017, renewable sources represented about 56 percent of the region’s electricity generation versus a global average of 26 percent, the study notes. Fossil fuels, the authors point out, remain the dominant source of total energy.

“It’s an under-studied region since the climate impacts literature has largely focused on the USA and Europe,” said Vernon, “but of great interest due to its strong role in international climate mitigation and vulnerability to climate change.” Past studies have focused on hydropower and biomass, providing an incomplete renewables picture, which is why the study’s authors include solar and wind.

Solar and wind have experienced rapid growth in the region, from slightly less than 1 gigawatt in 2008 to about 27 gigawatts by 2017. “This growth is expected to continue due to strong policies and the strategic role of renewable energy in many Latin American and Caribbean countries’ climate goals,” said Santos da Silva, the lead author who is a graduate student in the University of Maryland Department of Atmospheric & Oceanic Science. Santos da Silva noted that Brazil plans to promote non-hydropower renewable sources, Mexico intends to focus on wind, solar and hydropower, and Argentina is particularly interested in promoting biofuels.

It was essential to study renewables beyond hydropower, said co-author Matthew Binsted, a PNNL Earth scientist.

“Hydropower is a high visibility and high priority source of renewable energy throughout much of the region we studied,” said Binsted, who is based at the Joint Global Change Research Institute in College Park, Md. “We wanted to also understand the impact of climate change on wind power production, solar power production, and biofuels. The interaction among these impacts can have implications that are greater than the individual sum of their parts.” Binsted added that Latin American and Caribbean countries are expected to rely heavily on renewables to reduce carbon dioxide emissions, while the role of carbon capture and sequestration and nuclear power in the region is less clear.

A need for investment

The study, published in February in Nature Communications, points out the need for attention to renewables’ role in Latin America and the Caribbean and the need for investment in renewables as the region attempts to meet its carbon reduction goals. Importantly, the study highlights the need for taking the potential climate change impacts on renewables into consideration during the decision-making process. This is particularly relevant for the planning of strategies to reduce carbon dioxide emissions from the power sector, which are largely reliant on renewable energy.

The projections from the study offer an opportunity to plan for each country, the study authors suggest. In Argentina, for example, adding renewables such as wind power could be part of a plan to prepare for projected hydroelectricity losses. Even still, it’s possible climate change could affect wind power in the country.

In addition to Vernon, Santos da Silva, and Binsted, the study included co-authors Fernando Miralles-Wilhelm of George Mason University; and Mohamad I. Hejazi, Gokul Iyer, Thomas Wild, Pralit Patel, and Abigail Snyder, all of the Joint Global Change Research Institute, which is a DOE partnership between PNNL and the University of Maryland.

The study’s authors noted that theirs was among the first to glean insights into the potential implications of climate change on renewable energy supply and investments in Latin America and the Caribbean. They also noted that their methodology could be applied to other regions around the globe.