A Precise Look at Alzheimer’s Proteins

PNNL scientist sifts for clues from more than 1,000 human brains 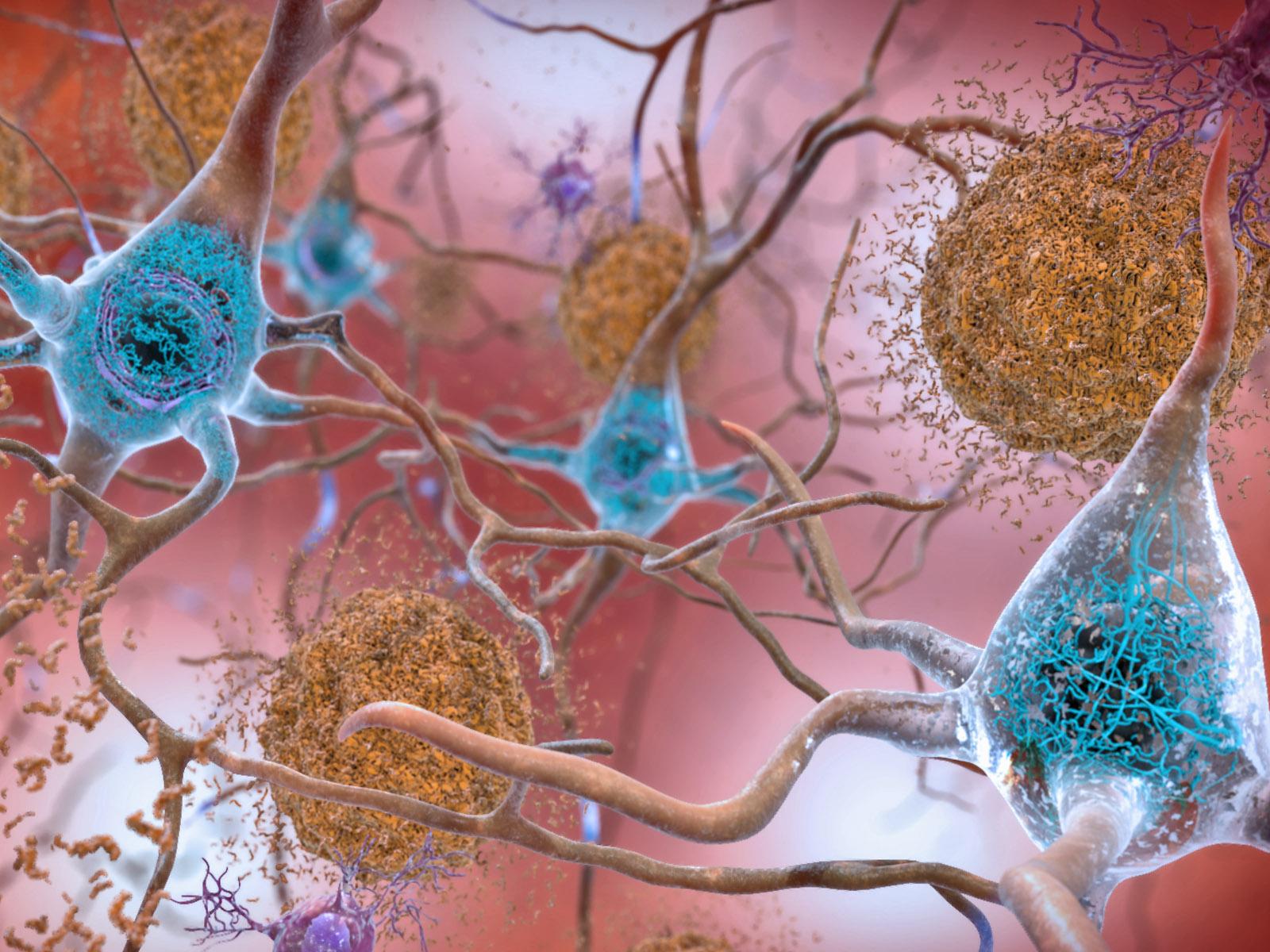 Researchers explored the role of a soluble form of beta amyloid in the brain. This image shows beta amyloid clumps (brown) and tangles of the tau protein (blue).

A substance known as amyloid beta protein gets a lot of attention from scientists. Beta amyloid, as it’s also called, is a normal brain protein found in everyone, but for unknown reason it gunks up in the brains of patients with Alzheimer’s disease, forming deposits that are the classic hallmark of the disease.

A growing body of evidence suggests that the toxic form of amyloid beta is not the one that is in the deposits – rather, a soluble version of the protein may be toxic.

A new study takes a close look at the toxicity of this soluble form – an issue that has been difficult to resolve. PNNL scientist Vlad Petyuk helped design the study, which was published in JAMA Neurology, where scientists took one of the most detailed looks ever at levels of soluble amyloid beta in the brain using mass spectrometry.

Working with counterparts at Rush University Medical Center in Chicago, Petyuk and colleagues analyzed dozens of proteins in more than 1,000 human brains that had been donated for research. The team focused on 148 brains that had no detectable amyloid deposits.

The team found that people with higher levels of soluble beta amyloid had faster cognitive decline than people with low levels, supporting the idea that there are toxic soluble forms of beta amyloid. But the classical features of Alzheimer’s, including neurofibrillary tangles and troubles with episodic memory, were not associated with the protein measurements.

“Since the first association of senile plaques with dementia back in 1906 by Alois Alzheimer, their precise role in the pathology of the disease has not been certain,” said Petyuk. “First they were thought to be a causal factor, but with the failure of numerous clinical trials that aimed at cleaning the brain from plaques, their role has been reconsidered by researchers.

“This is where mass spectrometry becomes helpful. It can be a versatile tool to measure different forms of beta amyloid, not just insoluble deposits, and add to our knowledge as we investigate its role in neurodegeneration,” he added.

The work is part of a broader collaborative program run by Petyuk that analyzes the proteins involved in neurodegenerative disorders like Alzheimer’s and Parkinson’s diseases. By capitalizing on its proteomics expertise, PNNL has been a key player among a broader group of investigators within the field of neurodegeneration. Partners include Rush Alzheimer’s Disease Center, Columbia University, Vanderbilt University, and the University of Miami.

The latest work, funded by the National Institute on Aging, drew upon the mass spectrometry capability at the Environmental Molecular Sciences Laboratory, a DOE Office of Science user facility located at PNNL.