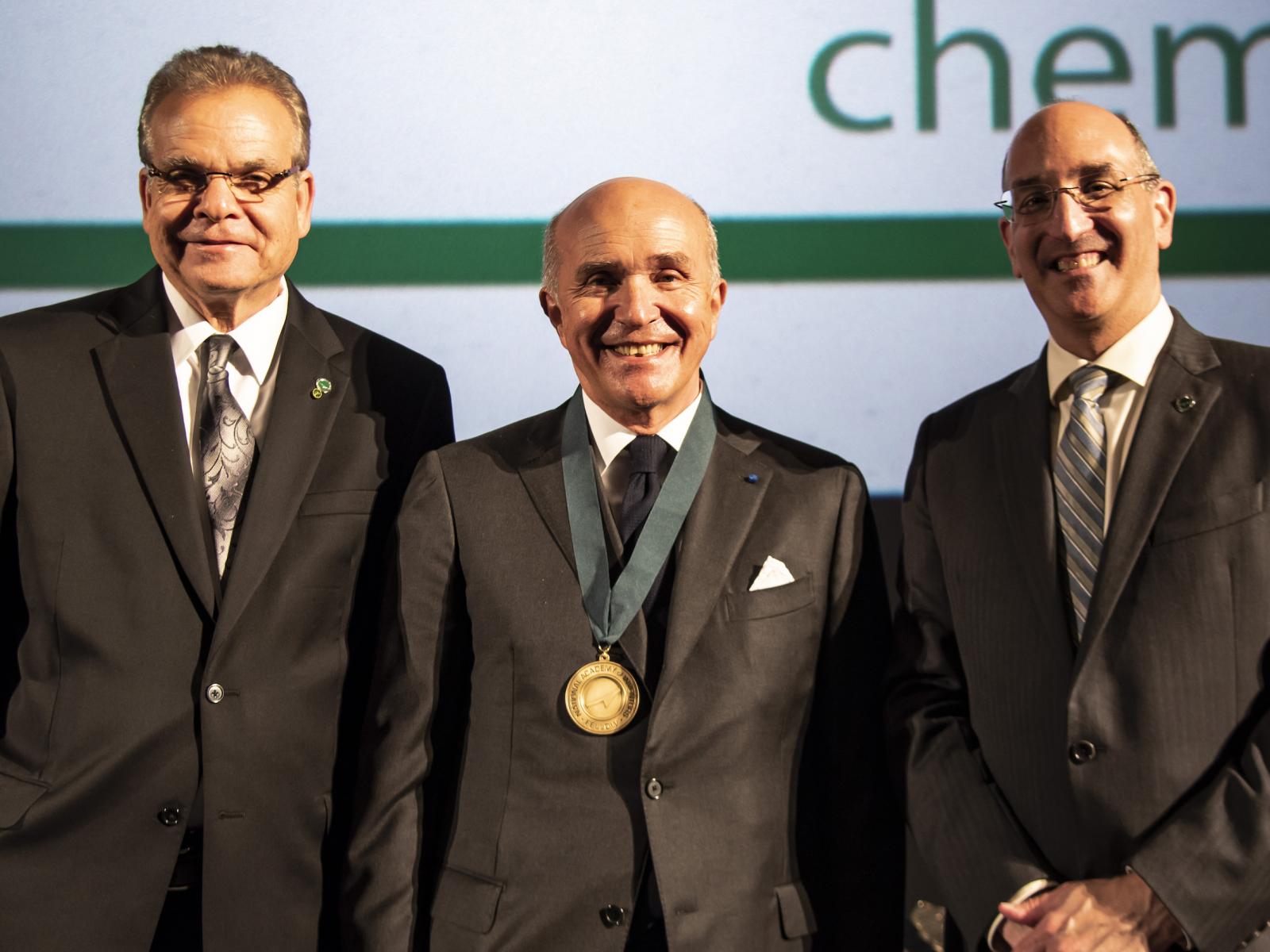 Johannes Lercher, a research lead at Pacific Northwest National Laboratory (PNNL), was recognized today at the annual conference of the National Academy of Inventors (NAI) for achieving NAI fellow status. Confirmation as an NAI fellow is a highly selective national honor and prestigious professional recognition for academic inventors with an ardent spirit for innovation.

Fewer than 150 inventors achieved NAI fellow status last year, as announced in December 2018. As an NAI fellow, Lercher joins over 4,000 current NAI members and fellows from more than 250 institutions worldwide.

“This prestigious appointment is a well-deserved honor for Johannes, who is internationally renowned for his work to understand the fundamental reactions on the surface of solid catalysts, including those needed to efficiently produce biofuels,” said Steven Ashby, PNNL’s laboratory director.

Established in 2010, the NAI is a non-profit organization partnered with the U.S. Department of Commerce that aims to champion innovation, foster education, and highlight the societal benefits of stellar inventions. Recognizing outstanding academic inventors is an important part of the NAI mission. To be named an NAI fellow, candidates must pass a thorough nomination and selection process; nominated by their peers, they must be a named inventor on at least one U.S. patent and connected to an academic university, non-profit research organization or similar academic body.

While Lercher is associated with PNNL as a chemist and the director of the IIC, he also holds a joint appointment with Germany’s Technische Universität München. There, Lercher is the chair of the Institute for Technische Chemie and a professor in the Department of Chemistry.

Lercher’s research focuses on understanding the fundamental workings of catalysts, as well as how that knowledge can be used to design better catalysts for applications in areas like cleaner fossil fuel usage and renewable, biological energy sources.

“It is a high honor for me to join our other colleagues in the NAI. The unique mix of scientists at PNNL allows us at PNNL to jointly address the challenging complexity of catalysis in multicomponent systems that is required for the breakthroughs that enable a secure and sustainable energy future,” said Lercher.

To follow the work of Lercher and his Institute for Integrated Catalysis research team, subscribe to the IIC e-newsletter, Transformations. You can add your name to the distribution list by clicking here.