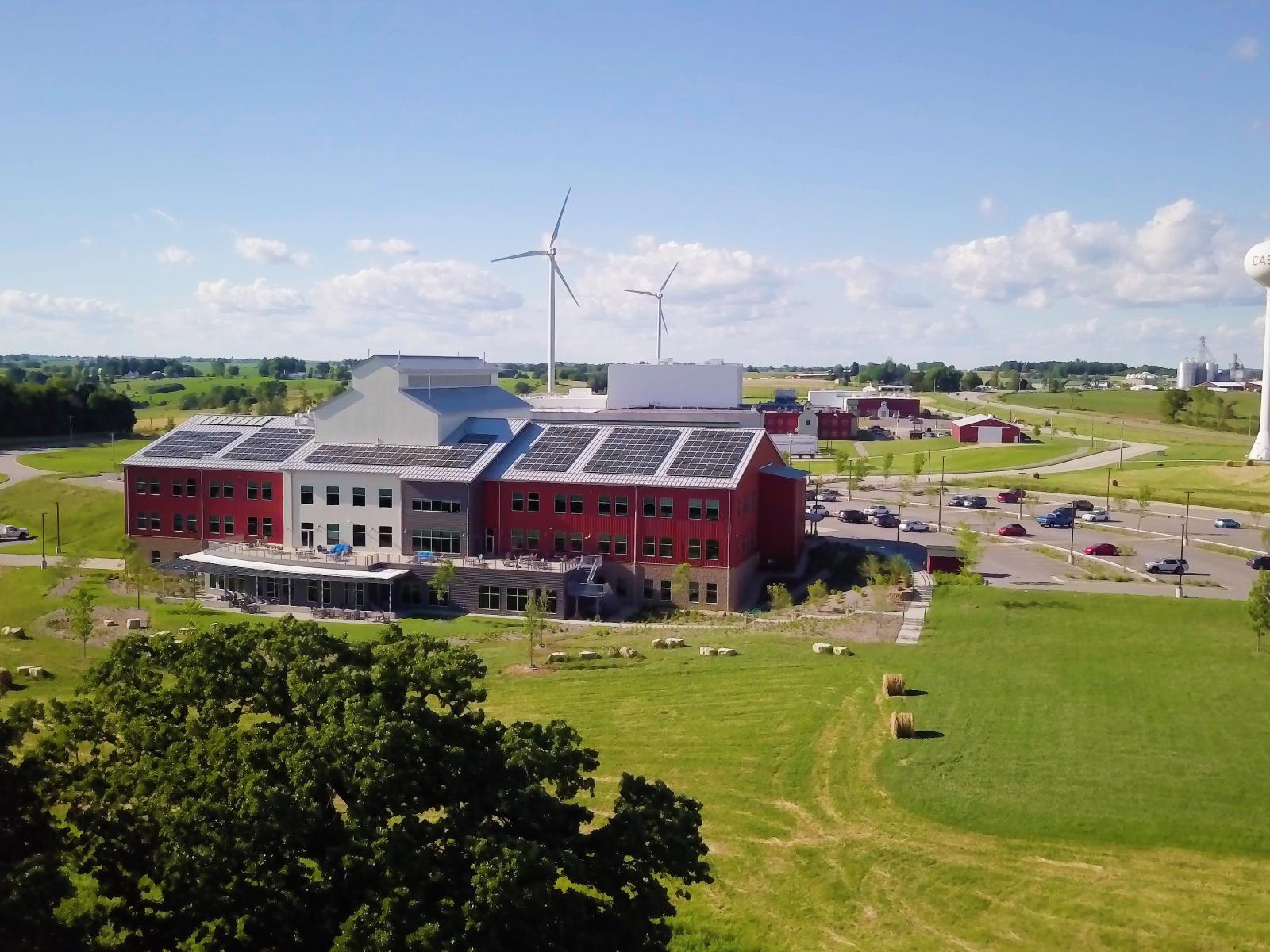 The 2018 Distributed Wind Market Report highlights the very small wind turbines of less than one kilowatt in size that accounted for 99 percent of the total turbines and 47 percent of small wind project capacity deployed in 2018.

Distributed wind power is clean energy generated where it is used, as opposed to power sent through transmission lines and substations. This wind power is consumed onsite by homes, schools, farms, and businesses. There are more than 83,000 wind turbines in distributed applications across the United States and its territories, which is an increase of more than 2,000 new wind turbines over the prior year. The turbines produce a total of 1,127 megawatts of distributed wind capacity.

The 2018 Distributed Wind Market Report highlights the very small wind turbines of less than one kilowatt in size that accounted for 99 percent of the total turbines and 47 percent of small wind project capacity deployed in 2018. These turbines are commonly coupled with energy storage or solar PV systems.

“As the number of small wind turbines deployed in the one- to-100-kilowatt size range has been generally decreasing, the number of deployed turbines with a capacity rating of less than one kilowatt has stayed fairly steady,” said Alice Orrell, who led the study at PNNL. “As a result, these less-than-one-kilowatt turbines, which mainly provide remote power for off-grid locations, now account for a larger share of the small wind market.”

On the other end of the size spectrum, turbines greater than one megawatt in size are commonly used for government, commercial, industrial, and utility customers. Distributed wind projects using large-scale turbines and serving utility companies that power homes made up 47 percent of the distributed wind capacity deployed in 2018.

Typically using smaller turbines that are no larger than 100 kilowatts, agricultural and residential customers accounted for just one percent of the documented capacity.

New York and Alaska had the most reported small wind projects in 2018. New York has been a leader in small wind capacity deployment in past years because of its New York State Energy Research and Development Authority (NYSERDA) small wind turbine incentive program.

Now in its seventh year, the Distributed Wind Market Report was funded by DOE's Wind Energy Technologies Office, and helps the distributed wind community — utilities, manufacturers, and federal and state agencies — keep an eye on current market conditions and regulatory environments. It provides the wind power community with a year-to-year comparison to measure growth and trends as well as data such as costs, number of deployments, performance and capacity factors, types of turbines used, customer type, domestic and international markets, and market drivers and barriers.

Pacific Northwest National Laboratory draws on signature capabilities in chemistry, earth sciences, and data analytics to advance scientific discovery and create solutions to the nation's toughest challenges in energy resiliency and national security. Founded in 1965, PNNL is operated by Battelle for the U.S. Department of Energy's Office of Science. DOE's Office of Science is the single largest supporter of basic research in the physical sciences in the United States and is working to address some of the most pressing challenges of our time. For more information, visit PNNL's News Center. Follow us on Facebook,Instagram, LinkedIn and Twitter.