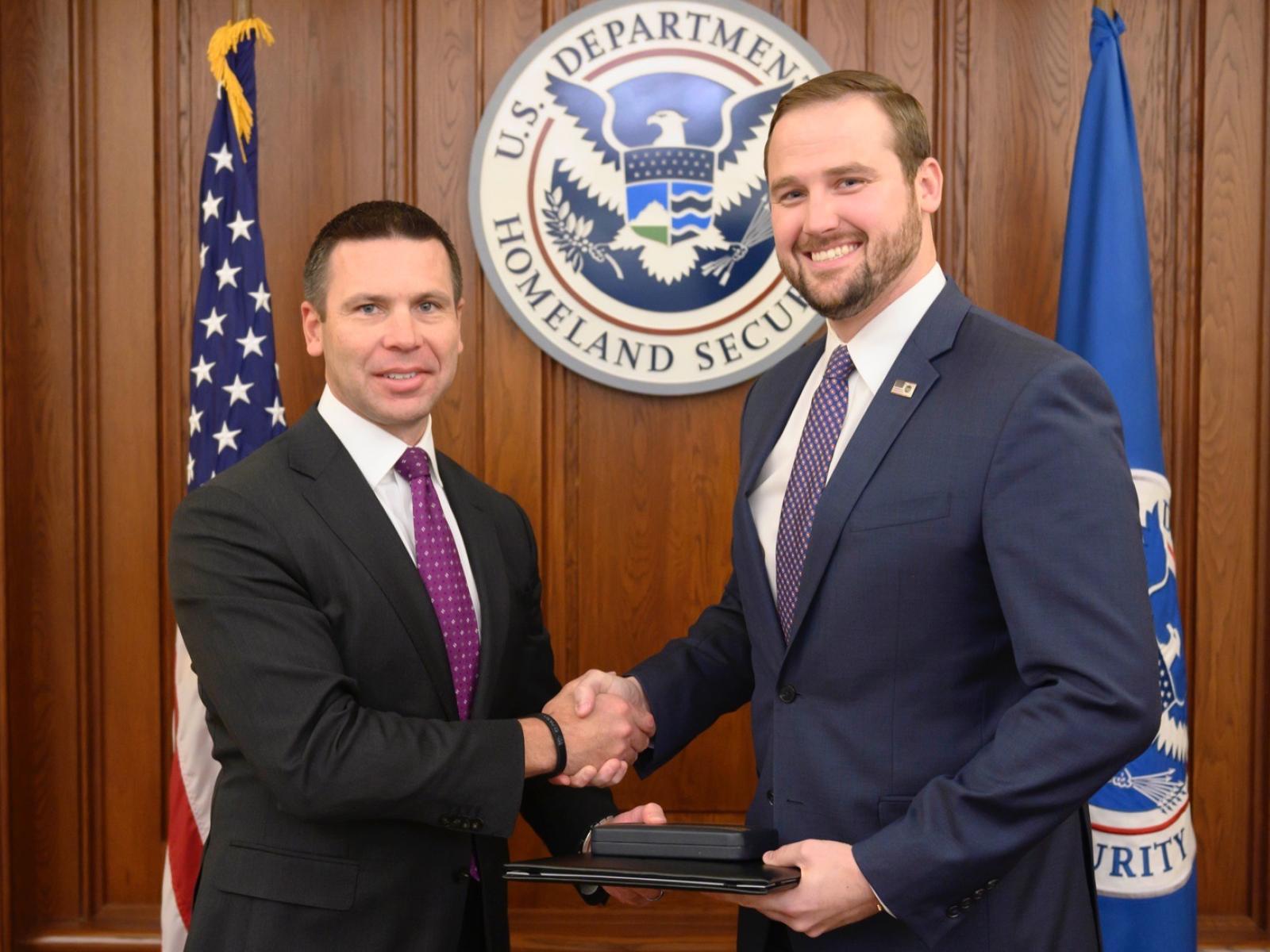 Former U.S. Department of Homeland Security (DHS) Acting Secretary Kevin K. McAleenan recently commended Thomas Plofchan for his service in the DHS front office. In a letter to Laboratory Director Steve Ashby, McAleenan expressed his gratitude to PNNL, thanking PNNL for “loaning one of your best and brightest” to DHS.

Plofchan’s detail at the DHS front office came as a result of an initial posting with U.S. Customs and Border Protection via the Intergovernmental Personnel Act (IPA) program. The IPA provides for temporary assignment of personnel between the federal government and federally funded research and development centers like PNNL.

PNNL has provided DHS a variety of expertise in national security since the department’s creation in 2003, with IPAs being one PNNL’s many contributions to the DHS mission. PNNL works closely with DHS to provide technical research, project management, training, strategic policy counsel, data analytics, and trade analysis.

During his time at DHS, Plofchan made significant contributions to the department's Strategic Framework for Countering Terrorism and Targeted Violence. The framework was the first to place major emphasis on countering the threat of white nationalism inside the United States.

Securing Radiological Sources on the Go