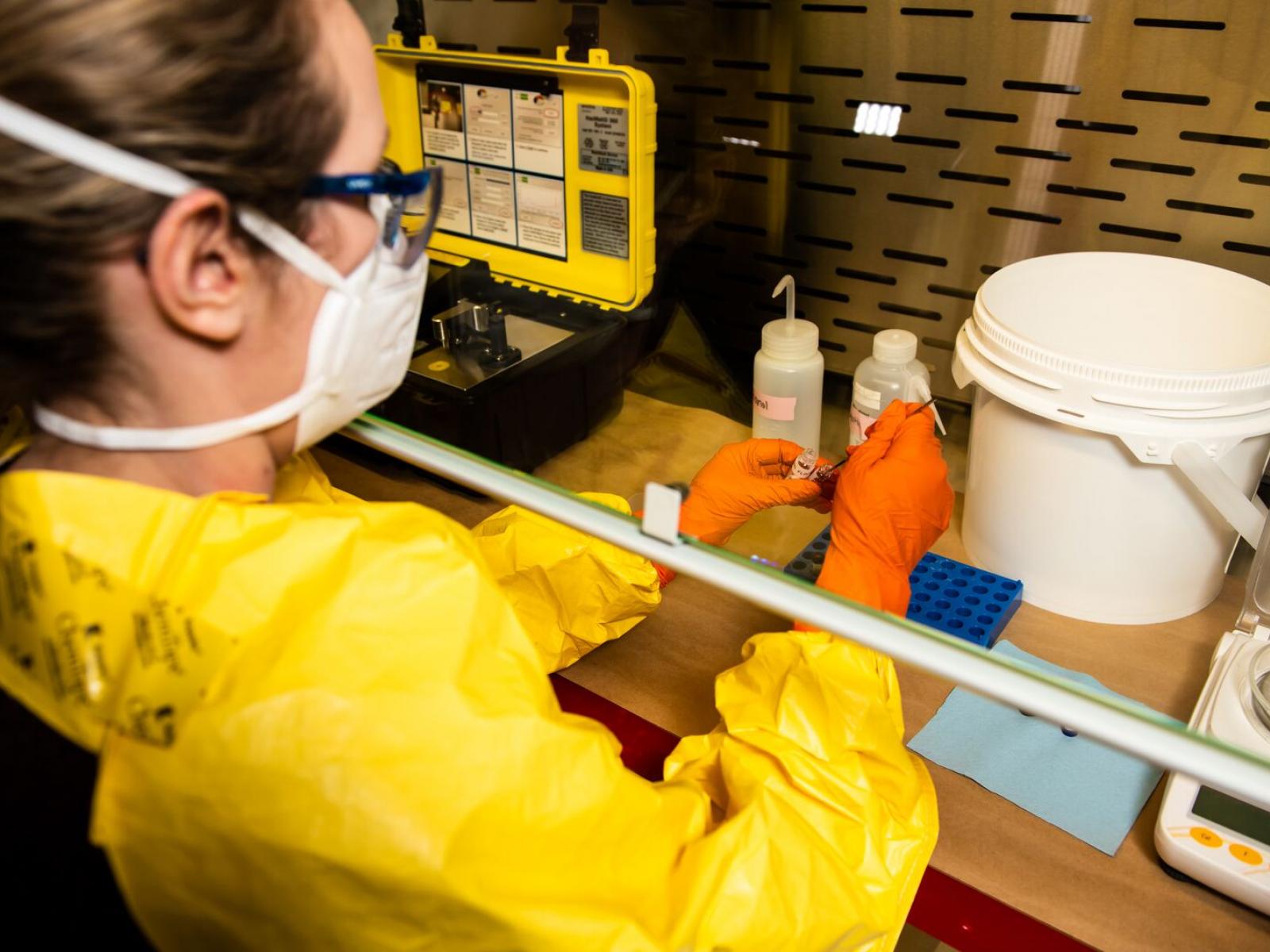 Ozanich kicked off the showcase June 21 as part of the discussion, “Opioids Detection and Partnerships: Responding to a Public Health Crisis.” The panel highlighted PNNL’s partnership with DHS S&T, industry, and communities to improve detection of synthetic opioids.

For example, PNNL is using its fentanyl handling and detection expertise to assess the performance of detection equipment used by emergency responders. This work informs standards and tools for quickly detecting fentanyl and its analogs—enabling emergency responders to better protect themselves from exposure to the dangerous drugs.

“PNNL has a long history of working with DHS S&T, and in recent years, we have worked to develop important fentanyl standards and approaches for validating field detection equipment performance,” Ozanich said. “I was honored to be a part of this showcase and grateful for the opportunity to share the work we are doing that will benefit first responders and communities.”

The opioid discussion was one of four expert panels released on June 21 that make up part one of the four-part showcase event, which will unfold throughout the summer. This first series of pre-recorded panel discussions, “Enhancing Public Health Security and Resilience,” is available to watch on demand.