PNNL got its start more than 50 years ago, supporting the Hanford site under the auspices of the Atomic Energy Commission

Steven Ashby, Ph.D.,
PNNL
Originally Published in the Tri-City Herald on May 27th, 2019 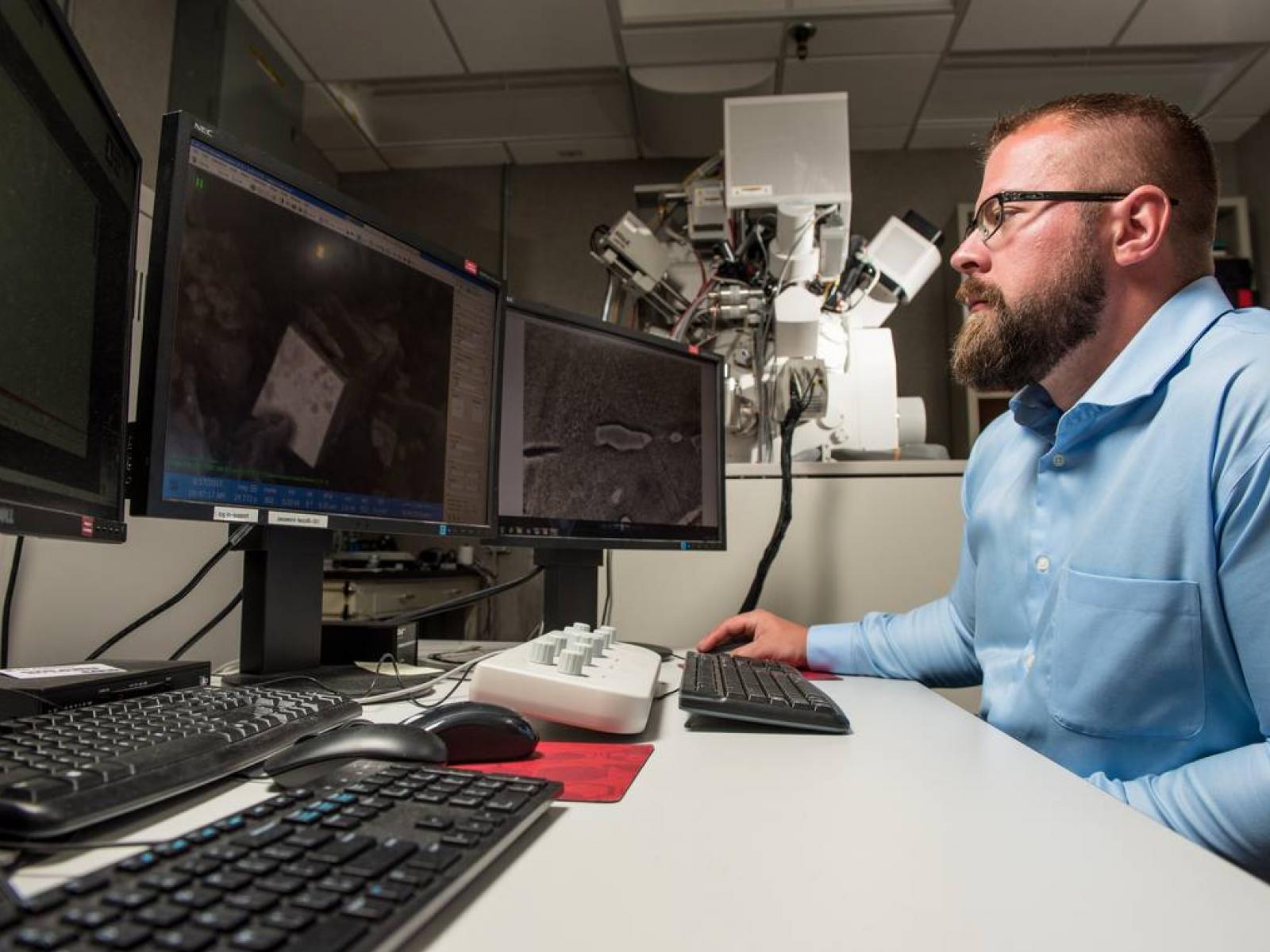 From understanding basic physics to producing medical isotopes, supporting nuclear nonproliferation to advancing nuclear energy, and aiding environmental cleanup at sites like Hanford — nuclear science and engineering underpins about half of the research at the Department of Energy’s Pacific Northwest National Laboratory.

PNNL got its start more than 50 years ago, supporting the Hanford site under the auspices of the Atomic Energy Commission.

Today, our scientists and engineers draw upon that history and heritage to tackle bold challenges across a diverse research portfolio.

Many of the ultimate applications of PNNL’s nuclear science and engineering capabilities rely on building a fundamental understanding of how materials behave while undergoing irradiation or in radioactive environments.

In work relevant to processing nuclear waste, PNNL researchers are studying the structure and dynamics of aluminum-based particles like those found in large quantities in the high-level radioactive waste at Hanford.

These particles represent the bulk of the solids in tank waste, so understanding their chemistry is important. Researchers demonstrated that trace amounts of iron and chromium can be incorporated into these particles, drastically changing their behavior.

Other projects focus on nuclear fuel. Researchers used a non-radioactive surrogate material similar to the uranium oxide fuel used in nuclear reactors to understand and predict how metallic particles form and grow in the fuel.

They discovered that as they heated the material, larger particles formed in the center of the pellet where temperatures were highest. Knowing more about when and how these particles form could reduce their impact on fuel performance.

PNNL continues to invest in our Radiochemical Processing Laboratory (RPL), a non-reactor nuclear facility that serves as an important resource for the nation. Recent upgrades included the addition of advanced microscopy capabilities.

Researchers used one of these new microscopes — one of only three in the nation — to detect and image xenon in the thick outer layer of a nuclear fuel rod called cladding.

Their research is providing insights into how the fission material gets into the cladding during nuclear reactor operations, which could lead to advances in future fuel designs.

In another experiment, PNNL researchers developed a new method to prepare miniscule plutonium samples that make it possible to safely study plutonium with instruments not available in radiological facilities.

Using a specialized instrument at RPL, scientists shaped tiny “needles” from samples they removed from a nine-gram ingot of plutonium metal.

The radioactivity in these needles is so low that they can be safely transported and studied in non-radiological laboratory settings — in this case, at the Environmental Molecular Sciences Laboratory (EMSL), a DOE Office of Science User Facility located at PNNL. Scientists used EMSL’s world-class instruments to remove atoms from the needles one layer at a time to create an atom-by-atom map of the particle.

PNNL expands the reach of our nuclear science and engineering through collaborations with other research institutions.

We formed the WSU-PNNL Nuclear Science and Technology Institute with Washington State University in 2018 to give researchers and students opportunities to work together and access PNNL’s advanced analytical and characterization instrumentation and computational facilities, as well as WSU’s research reactor.

Further supporting workforce development, PNNL hosted the DOE Office of Nuclear Energy’s Millennial Nuclear Caucus in Richland last month. The event brought together the next generation of leaders in nuclear innovation to discuss the role of technology in the nuclear industry.

Researchers at PNNL are shedding light on the science underlying the behavior of irradiated systems and radiation-driven processes.

The new knowledge they deliver will increase our ability to predict and control those systems and processes — and provide critical support to important energy, environmental remediation and nuclear non-proliferation missions.