A Leap in Using Silicon for Battery Anodes 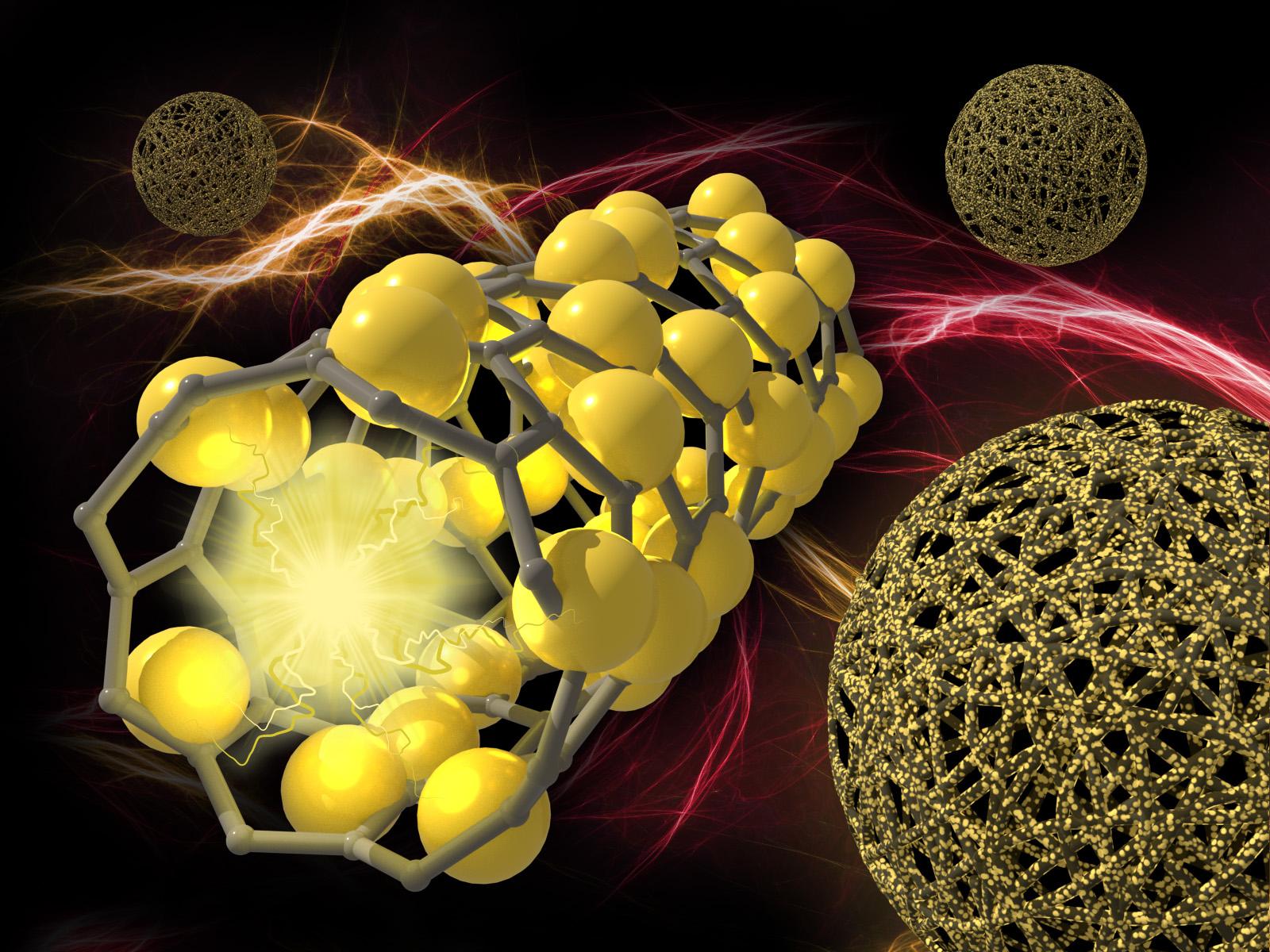 Silicon microspheres have extraordinary mechanical strength due to the addition of carbon nanotubes which make the spheres resemble balls of yarn. In this representation, the image on the left illustrates a close-up of a portion of a microsphere made of silicon nano particles deposited on carbon nanotubes.

RICHLAND, Wash. — The same material you'll find at the tip of a pencil—graphite—has long been a key component in today's lithium-ion batteries. As our reliance on these batteries increases, however, graphite-based electrodes are due for an upgrade. For that, scientists are looking to the element at the heart of the digital revolution: silicon.

Scientists at the U.S. Department of Energy’s Pacific Northwest National Laboratory have come up with a novel way to use this promising but problematic energy storage ingredient. Silicon, used in computer chips and many other products, is appealing because it can hold 10 times the electrical charge per gram compared to graphite. The trouble is, silicon expands greatly when it encounters lithium, and it is too weak to withstand the pressure of electrode manufacturing.

To tackle these issues, a team led by PNNL researchers Ji-Guang (Jason) Zhang and Xiaolin Li developed a unique nanostructure that limits silicon's expansion while fortifying it with carbon. Their work, which was recently published in the journal Nature Communications, could inform new electrode material designs for other types of batteries and eventually help increase the energy capacity of the lithium-ion batteries in electric cars, electronic devices, and other equipment.

Taking the cons out of silicon

A conductive and stable form of carbon, graphite is well suited to packing lithium ions into a battery's anode as it charges. Silicon can take on more lithium than graphite, but it tends to balloon about 300 percent in volume, causing the anode to break apart. The researchers created a porous form of silicon by aggregating small silicon particles into microspheres about 8 micrometers in diameter—roughly the size of one red blood cell.

"A solid material like stone, for example, will break if it expands too much in volume," Zhang said. "What we created is more sponge-like, where there is space inside to absorb the expansion."

The electrode with porous silicon structure exhibits a change in thickness of less than 20 percent while accommodating twice the charge of a typical graphite anode, the study found. However, unlike previous versions of porous silicon, the microspheres also exhibited extraordinary mechanical strength, thanks to carbon nanotubes that make the spheres resemble balls of yarn.

The researchers created the structure in several steps, starting by coating the carbon nanotubes with silicon oxide. Next, the nanotubes were put into an emulsion of oil and water. Then they were heated to boiling.

"The coated carbon nanotubes condense into spheres when the water evaporates," said Li. "Then we used aluminum and higher heat to convert the silicon oxide into silicon, followed by immersion in water and acid to remove by-products." What emerges from the process is a powder composed of the tiny silicon particles on the surface of carbon nanotubes.

The porous silicon spheres' strength was tested using the probe of an atomic force microscope. The authors found that one of the nanosized yarn balls "may yield slightly and lose some porosity under very high compressing force, but it will not break."

This augurs well for commercialization, because anode materials must be able to handle high compression in rollers during manufacturing. The next step, Zhang said, is to develop more scalable and economical methods for making the silicon microspheres so that they can one day make their way into the next generation of high-performance lithium-ion batteries.