Award honors those who have 'regularly stepped up with significant contributions' 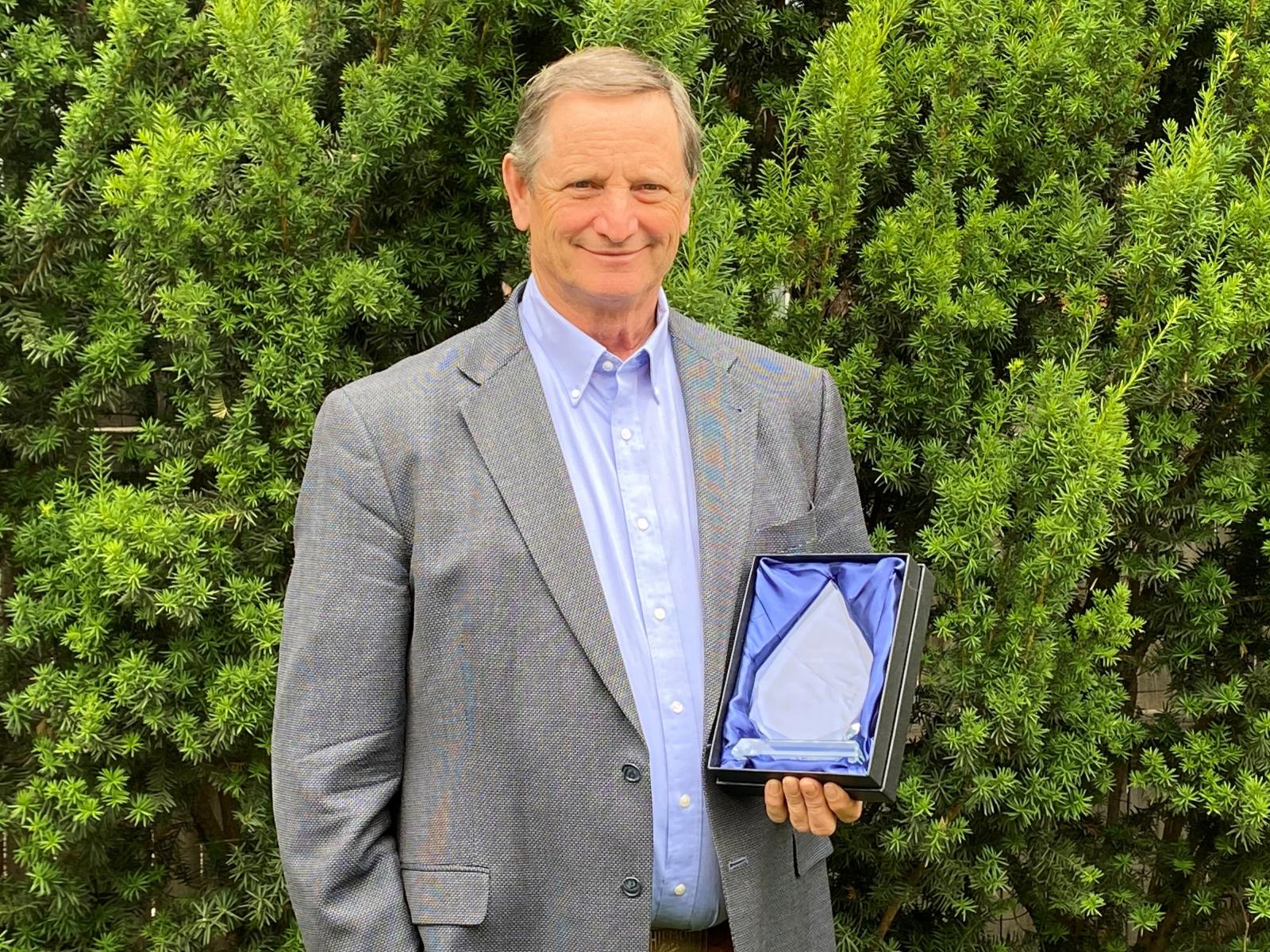 PNNL's Carl Imhoff was honored by Grid Forward with the 2021 Grid Innovator Award at the organization's June member meeting.

Carl Imhoff, manager of the electricity infrastructure sector at Pacific Northwest National Laboratory (PNNL), was among the recipients of the 2021 Grid Innovator Awards that Grid Forward presented during its annual member meeting in June. Imhoff, along with E Source and the Snohomish Public Utility District, were honored for their roles in helping lead the electric utility industry forward in grid modernization across the western United States.

“Grid Forward is the premier organization where our regional stakeholders come together to promote and accelerate grid modernization,” said Bryce Yonker, Grid Forward CEO and executive director. “While so many people and organizations have contributed to the cause, our Grid Innovation Winners have regularly stepped up with significant contributions.”

Grid Forward said Imhoff was chosen for his long history of advancing grid modernization in the region and across the world. “Though his work at PNNL, Carl helped drive the Pacific Northwest Smart Grid Demonstration Project and later helped to form and guide the Grid Modernization Lab Consortium. His work has helped PNNL become a leader in grid architecture, planning, advanced tools, and real-time awareness. Carl was a founding member and driving force behind the formation of Grid Forward and has been a long-standing and active contributor,” Grid Forward’s announcement stated.

“I’m very honored to receive the Grid Innovator award from Grid Forward, though grid innovation is really a team effort,” said Imhoff, who also serves on the Grid Forward Board. “On behalf of our grid modernization team at PNNL, we’re proud to support Grid Forward in its efforts to bring together thought leaders from utilities, industry, and research institutions, all working to build a cleaner, more resilient power grid for the nation.”

Grid Forward is a 501(c)(6) nonprofit, member-driven trade association dedicated to promoting and accelerating innovation in the regional electric system. Grid Forward delivers community, expertise, and resources for leaders who are working to modernize the grid across the western United States and Canada. More information can be found at Gridforward.org.