'The Energy in the Room Was Through the Roof' 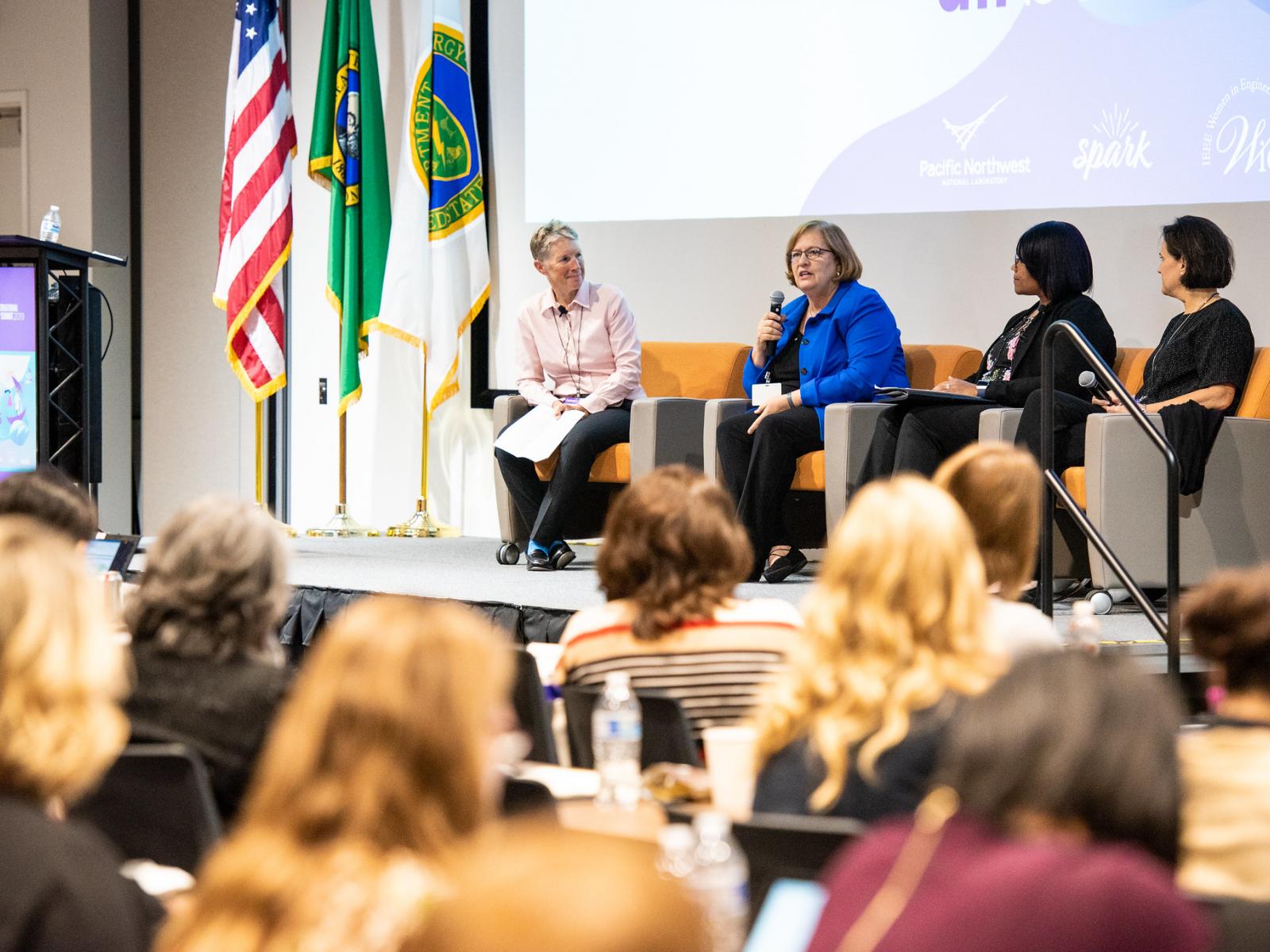 This is my experience: Patricia Falcone, deputy director for science and technology at Lawrence Livermore National Laboratory shares a nugget of wisdom from her career in a panel moderated by Allison Campbell, associate laboratory director for earth and biological sciences at PNNL, during the IEEE Women in Engineering International Leadership Summit July 30 at PNNL.

Women are awarded more bachelor’s degrees in science, technology, engineering, and mathematics (STEM) fields than men in the United States, according to the National Science Foundation. Women also constitute a slim majority in graduate school enrollment in STEM fields (50.6 percent), according to the Council of Graduate Schools. Nevertheless, women remain underrepresented in STEM career fields, particularly in tech, engineering, and leadership positions.

One of the reasons for this is that women tend to leave STEM careers earlier and in greater numbers than men. However, research has shown that when female STEM workers have female colleagues, mentors, and role models, they’re much more likely to stay in their STEM fields and be more successful. Strengthening this dynamic through empowerment, inclusion and networking was the focus of the IEEE Women in Engineering International Leadership Summit at PNNL July 30.

More than 350 attendees from PNNL, the local community, the Pacific Northwest region, and institutions and tech companies across the country converged on PNNL’s Discovery Hall to participate in the day-long event. The summit featured keynote addresses from women in tech; thought-provoking panel discussions about challenges women face in these fields; and interactive sessions dealing with dynamics such as impostor phenomenon, the psychological pattern in which individuals doubt their accomplishments and have a persistent internalized fear of being exposed as a fraud.

“The summit turned out to be everything we hoped it would be and much more,” said Seemita Pal, senior power systems cybersecurity engineer at PNNL, vice-chair of the IEEE Women in Engineering Affinity Group of Richland Section and event organizer. “Our speakers were outstanding; the panels were engaging; and the energy in the room was through the roof. People left feeling inspired and empowered.”

The afternoon keynote address came from Amanda Blevins, senior director and chief technologist for VMware, the Palo Alto-based virtualization and cloud computing software provider, who challenged audience members to build their personal brand in furtherance of their career objectives. “Use your brand to achieve your goals. Be deliberate about your brand. It precedes you,” Blevins said.