This energy storage system involves using electricity to compress air and store it in underground caverns. When electricity is needed, the compressed air is released and expands, passing through a turbine to generate electricity. There are various types of this technology including adiabatic systems and diabatic systems. The difference between these two configurations is that adiabatic systems capture and store the heat generated through the compression process to re-use later in the air expansion process in order to generate a larger amount of power output. For diabatic systems, the heat generated during compression is simply released. Newer applications of this technology include the development of isothermal CAES. This technology attempts to utilize a different process by removing heat across multiple stages of compression in order to reach a temperature closer to ambient, making it easier and more economic to store. 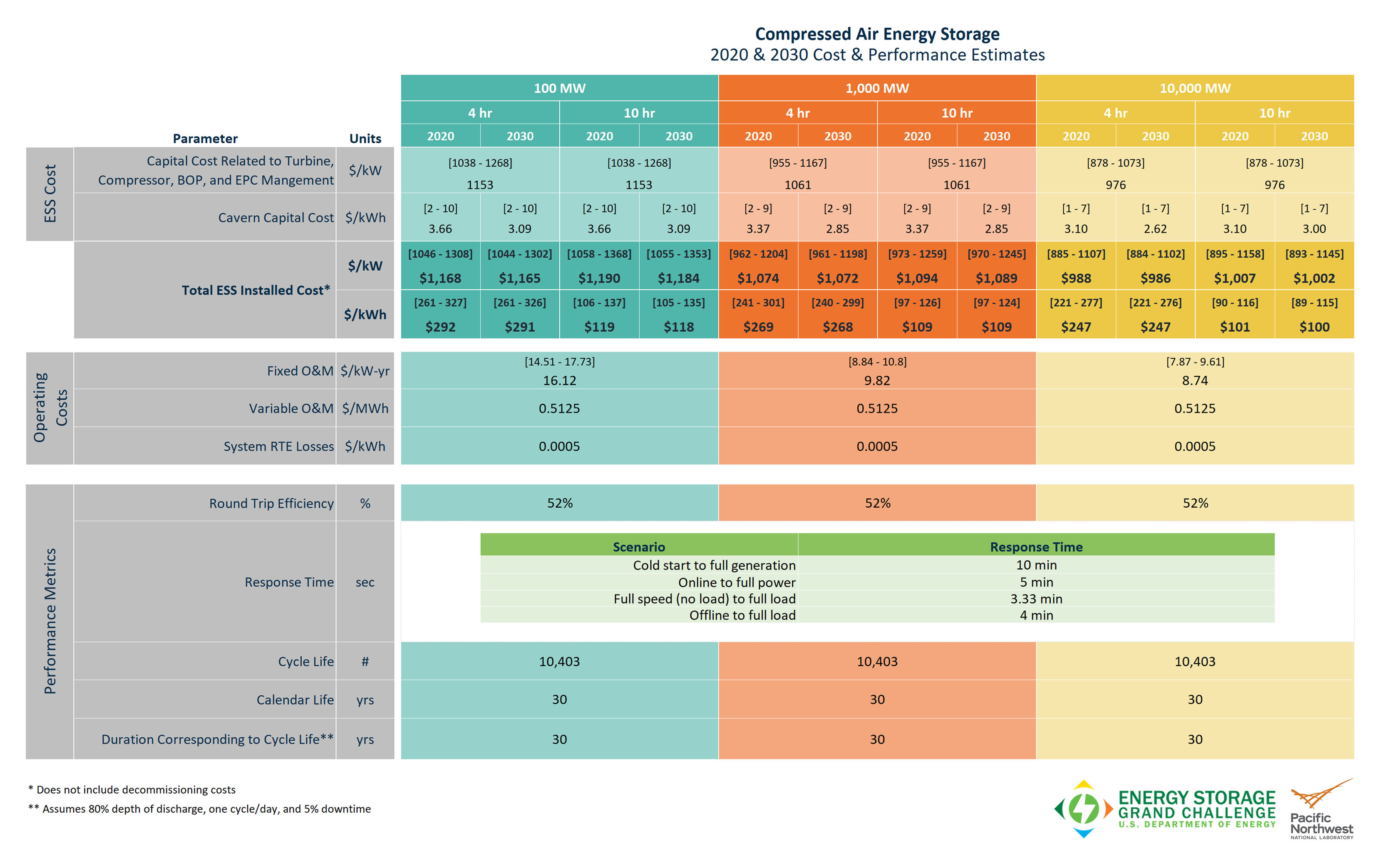 Methodology for the cost and performance estimates for this technology can be downloaded here.