The Intensity of Rainfall Changes How It Affects Land 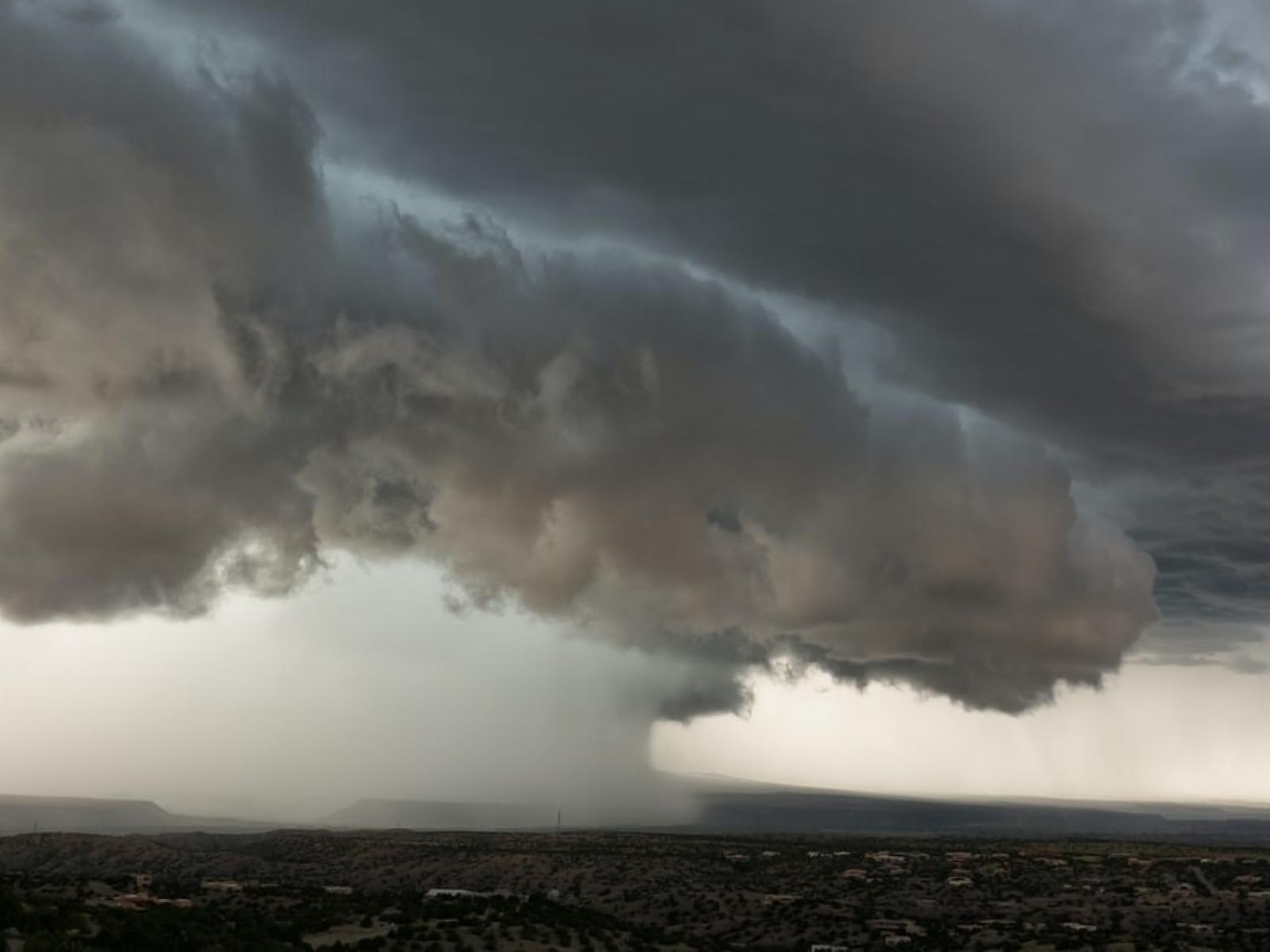 Rainfall from mesoscale convective systems has a distinct role in producing surface runoff and flooding in the central United States.

Mesoscale convective systems (MCSs) produce more intense rainfall in the central United States than other types of warm-season precipitation. This intensity disparity likely causes MCS and non-MCS rainfall to have different effects on land. Scientists studied these effects by numerically “tagging” rain and tracking it as it moves through the land surface and subsurface. The more intense MCS rainfall generates more surface runoff, a potential major source of flooding, while the more moderate non-MCS rainfall primarily contributes to the evaporation that regulates land-atmosphere interactions.

Understanding the different roles MCS and non-MCS rainfall play in governing various components of surface water balance is integral to understanding and predicting the effects of climate variability and change on water security and ecosystems. MCS rainfall plays a dominant role in producing surface runoff and increasing the likelihood of local flooding. Non-MCS rainfall mostly increases near-surface soil moisture and tends to evaporate faster, suggesting its limited atmospheric impacts. Understanding the differences in how the surface responds to MCS and non-MCS rainfall is important for delineating their roles in subseasonal-to-seasonal precipitation predictability.

Large disparities exist in the rainfall intensity of warm-seasonal MCS and non-MCS events in the central United States that could cause differences in their surface hydrologic impacts. Researchers used a novel “water-tagging” technique and a unique high resolution MCS database to numerically “tag” water sourced from MCS and non-MCS rainfall and track their subsequent transit in the land surface. Scientists found a greater contribution to surface runoff from MCS rainfall, especially prominent in high-impact events. This stems from the fact that MCS rainfall with greater intensity usually exceeds the infiltration rate of the soil, leaving extra water on the land surface that cannot penetrate the soil, potentially causing flooding. The rainfall that does permeate into the soil reaches deep in the soil layers and stays in the land for extended periods of time. Non-MCS rainfall with lighter intensity can soak into and mostly reside in the top soil layer, contributing to a faster return to the atmosphere through soil evaporation. These different land footprints imply that the storms have different roles in land-atmosphere interactions.

The U.S. Department of Energy Office of Science, Biological and Environmental Research supported this research as part of the Regional and Global Climate Modeling program area.