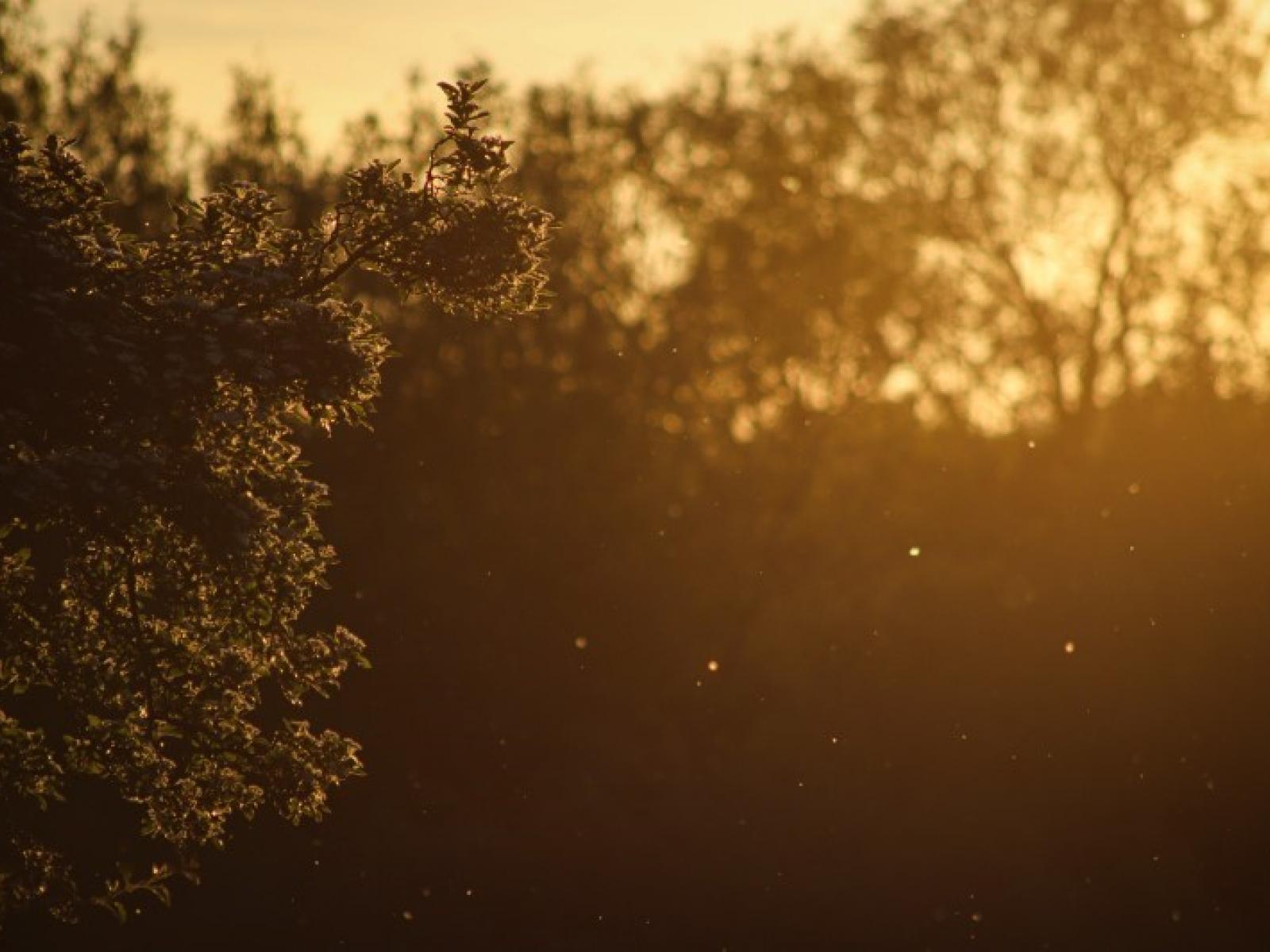 Aerosols influence several atmospheric processes, so knowing how they grow and change over time is important for improving models that simulate Earth’s climate.

As carbon-containing vapors escape from trees, fossil-fuel burning, and forest fires, the atmosphere "cooks" these airborne emissions to form particles called secondary organic aerosols, or SOA. Most atmospheric models assume that all SOA undergo a process called equilibrium partitioning, where organic aerosol readily mix and enhance SOA formation. Scientists at the U.S. Department of Energy’s Pacific Northwest National Laboratory put this assumption to the test in experiments that varied both the aging time between SOA formation steps and the experimental relative humidity (RH). They found the equilibrium partitioning assumption was accurate for freshly formed SOA, but that it broke down after SOA had been photochemically aged for modest amounts of time. They also found that high RH—thought to promote mixing—had no effect on the results. The findings have implications for model assumptions regarding the growth of small aerosols to sizes that can affect atmospheric processes such as clouds, precipitation, heating, and cooling.

Aerosols influence many atmospheric processes, so knowing how they grow and change over time is important for improving models that simulate Earth’s climate. This study showed that a common assumption for predicting SOA concentrations was accurate for fresh isoprene and α-pinene SOA—commonly studied SOA precursors—but not after the particles were moderately aged, even up to 85 percent RH. The results help to resolve divergent conclusions that exist in the literature regarding the timescale required for mixing and will be useful for improving model predictions about aerosol processes.

This research is based on work supported by the U.S. Department of Energy (DOE) Office of Science, Office of Biological and Environmental Research, Atmospheric Systems Research (ASR) program. Pacific Northwest National Laboratory is operated for DOE by Battelle Memorial Institute.

Using Mathematical Rigor to Increase the Physical Realism of Models