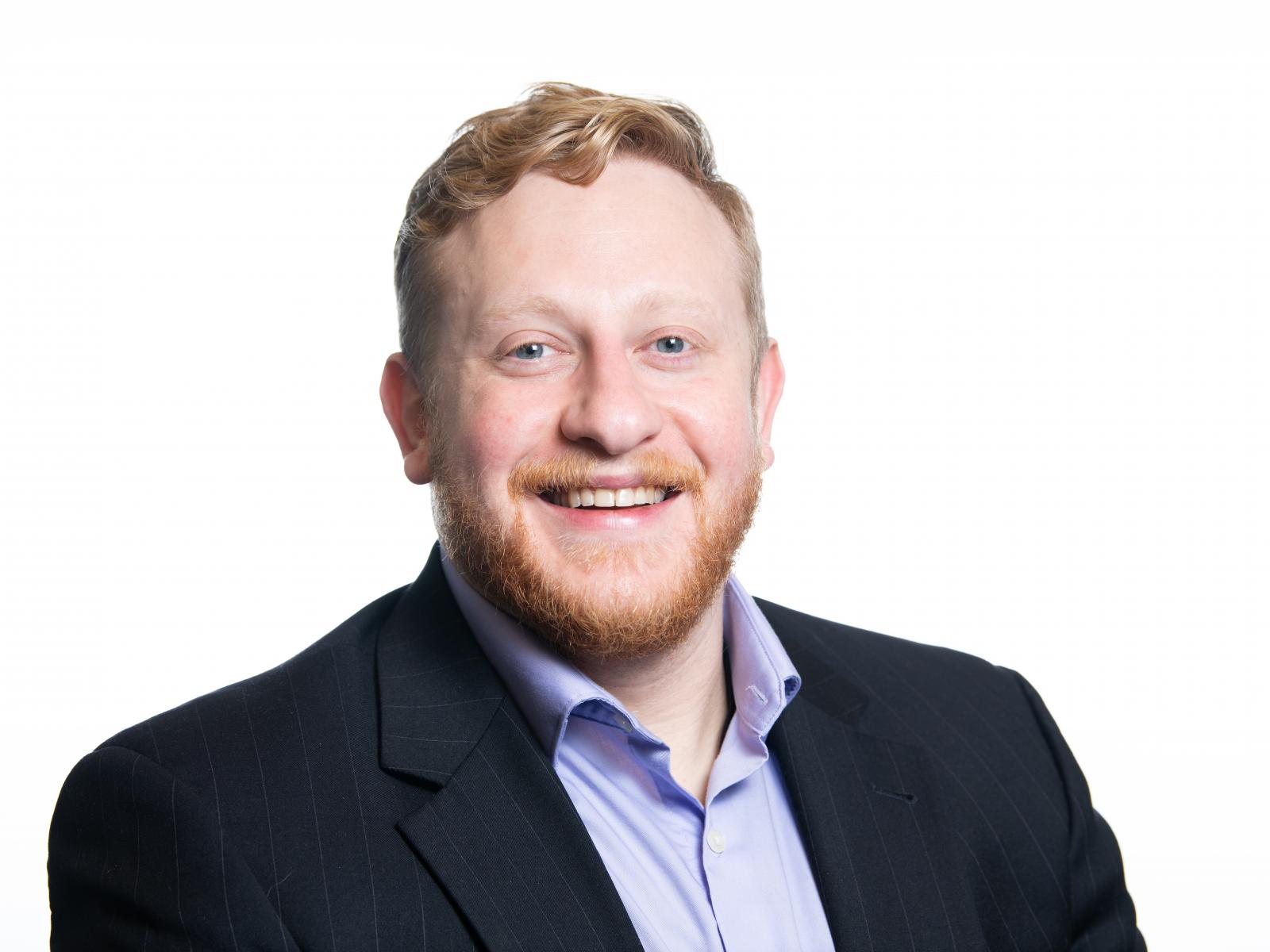 Jeremy Greeter manages the commercialization of technologies that arise from the Earth and Biological Sciences Directorate, as well as the Nuclear Sciences Division within the Energy and Environment Directorate.

Some of Jeremy’s favorite commercialization cases involve clever technological applications for basic research, disease treatment and prevention, and stewarding environmentally-sound technologies.  Jeremy is motivated by taking research innovations out of the lab and into the real world where they can improve people’s lives.   He is not afraid to probe the limits of what is possible with new inventions.    Jeremy’s strongest professional interests include management/strategy, scaling problems, and technology commercialization in bioscience, nuclear science, and aerospace.  Jeremy has domain experience in biotech and aerospace research, business consulting and startups, and coding and biostatistics.  He is a technical expert in biomechanics, motion capture, nonlinear dynamics, and multi-model statistical inference.

Before joining the Lab, Jeremy completed a doctorate in biology at the University of North Carolina at Chapel Hill.  His academic achievements included publishing in Science: Robotics, a Department of Defense fellowship, a feature on National Public Radio, and teaching over 300 students.  While completing his doctorate, Jeremy also earned a graduate certificate in technology commercialization from Kenan-Flagler Business School.  In business school, Jeremy helped numerous startups, both as consultant and co-founder.  Jeremy was on teams that won a first-place prize from the NIH (a schizophrenia diagnostic), and venture capital funding at a pitch competition (AI traffic optimization).  After graduate school, Jeremy completed a postdoctoral fellowship in commercialization at East Carolina University, where he led NSF I-Corps, managed university inventions, and assisted startup companies.  Jeremy was also named a 2019-2020 Susan Riley Keyes fellow with the Association of University Technology Managers.

In his community, Jeremy helped start a successful company that makes durable hemp fiber prosthetics for wounded warriors, directed the turnaround of a large housing development, traveled for a journalism project to document the advent of public internet access in Cuba, helped grow Zambia's main women's hospital, and continues to assist indigenous peoples in Brazil and Colombia to support ecotourism businesses there.  He is fluent in English, Spanish, and Portuguese, and plays rugby.  He also enjoys the cycling community in Richland, Washington.